Burning Out Of Control... 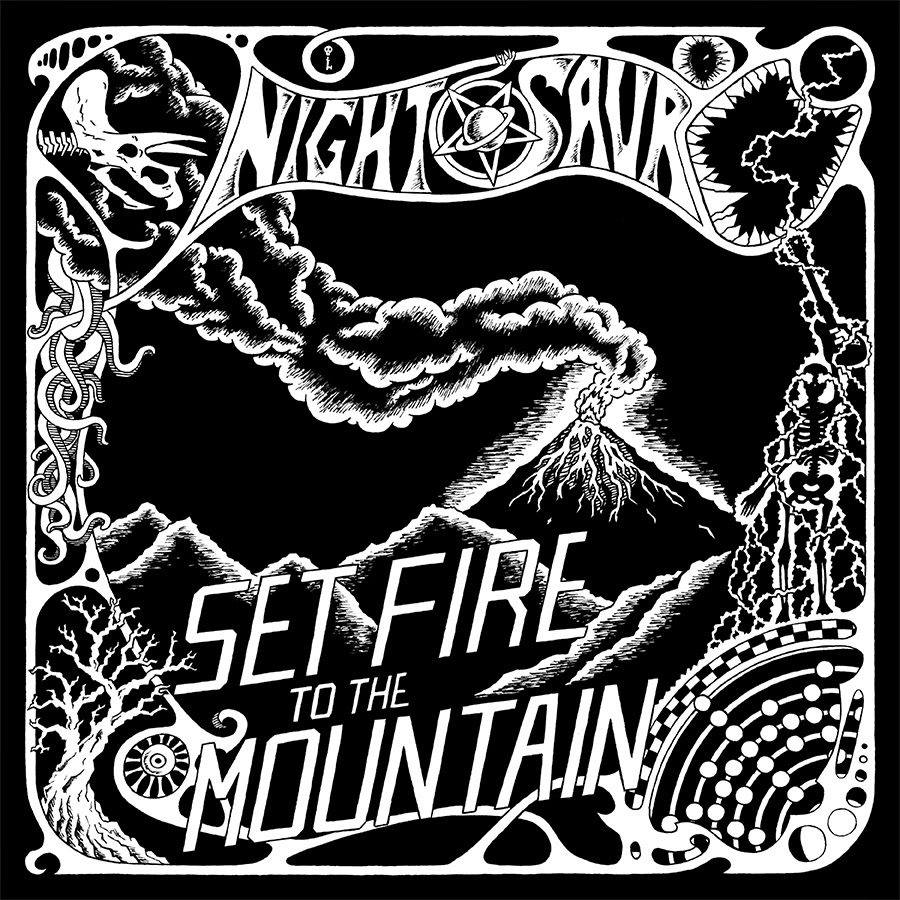 On Set Fire To The Mountain, Nightosaur bring the title of their album to life, producing songs that would seem right at home played by a band of men with craggy faces by the light of a mountain-top bonfire. They've got grit, a good ear for riffs with the endurance to stick around for a while, and enough of a rough edge to their sound to keep it earthy without descending into lo-fi. In keeping with the days of early heavy metal, there's something of a Lovecraft or rugged sci-fi vibe to the songs, with titles such as “The Shocking Tale Of Wilson Pinnafore” side-by-side with “Old Gods” and “Bow Down To Thy Destroyer”, even as they stay rooted in slow bass grooves and interludes for sparser mourning.
Really, these guys just have a solid grip on what made early heavy metal so enticing, before it started getting into the theatrical aspect. They take some bluesy riffs, make it heavy, add some appropriately powerful drumming, and see where it takes the music. They strike a great balance between relaxed freedom and a definite plan with each of their songs, and I have to imagine that leaving themselves such room to improvise leads to some amazing live shows.
If you're still carrying a torch for the early days of Black Sabbath and Iron Butterfly's heavier moments, you'd be doing yourself a favor to pick up Nightosaur's new album. The name may be silly, but you won't be getting anything that's looking to capitalize on cheesier moments of metal, just an earnest tribute to the genre in its original form.
~ Gabriel