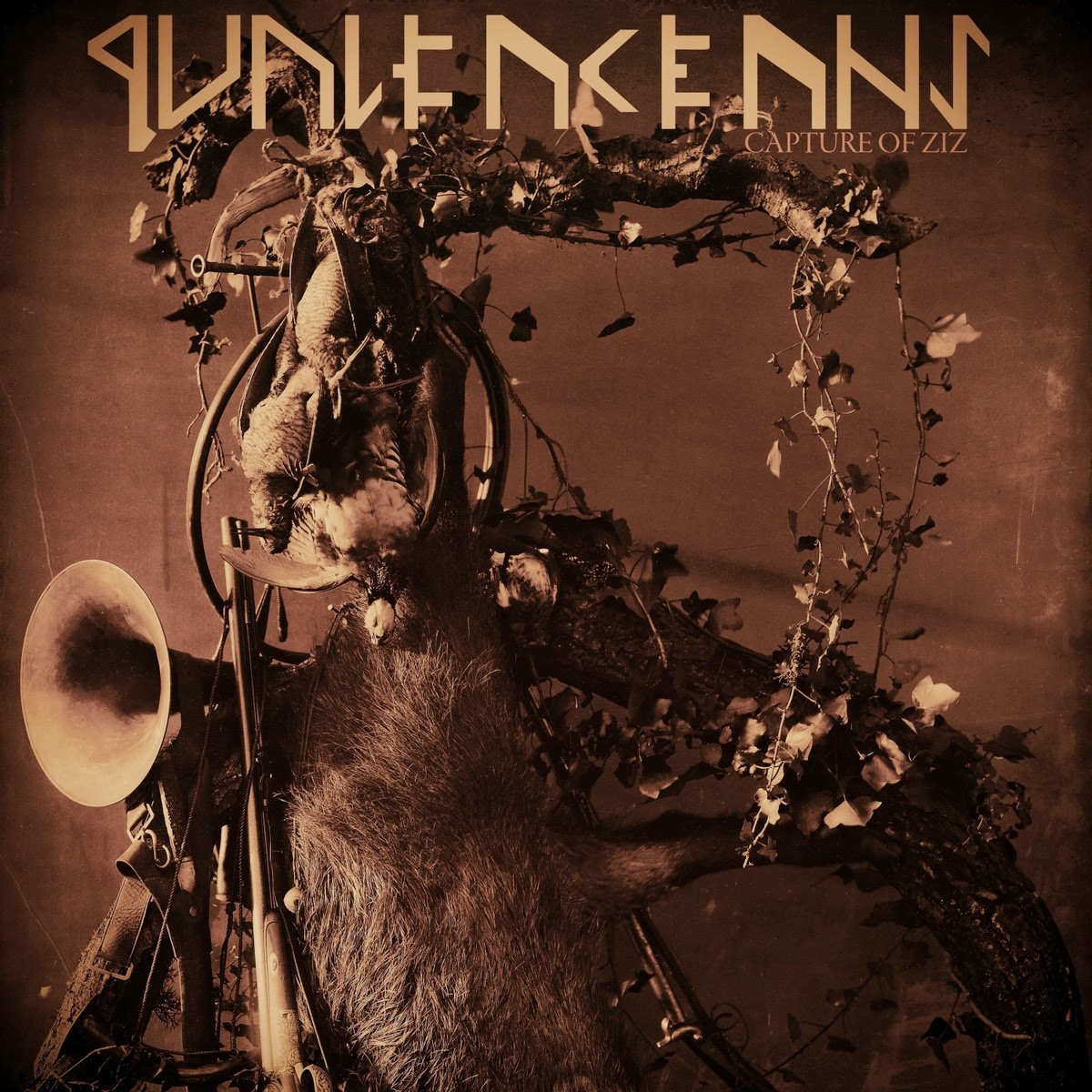 Qualeaceans' new album has been four years in the making, and the end result is a thoroughly impressive, complex, and ambitious arrangement of metal overdrive with a prog approach to crafting the rhythms, counter-point, and hundreds of intricate micro-shifts which make up the hour-plus single track, “In The Cavern Of The Flightless”.   Let's go ahead and acknowledge from the start that going for a track which fills a CD to capacity is a risky move at best; it asks some real devotion from the listener, for one thing, and too many bad or boring passages can sink the whole ship.
On the latter issue, at least, the band has nothing to worry about with Capture Of Ziz.  Prog metal fans are generally pretty patient and willing to see where a band's going with something not immediately obvious in its intentions, and Qualeaceans return a strong pay-off on that investment.  They have an amazingly fluid quality to their music, evident in the rippling echo of the drummer's cymbals, the sinuous guitar-work, their ability to jump from one time signature cleanly into another (or a few simultaneously), and the song's structure, which moves about like a snake that can't stop shedding its skin.  The bass is frequently the only 'concrete' part of the melody, keeping a powerful riff going on the mix's low end (sometimes slowly mutating as it goes along) as everything else around it flies into controlled chaos.
Settling on a vocal style to accompany this sort of wild song-writing couldn't have been an easy task, and fittingly, the singer switches through a number of styles to fit the music, though they're usually centered somewhere around a traditional metal growl.  They're also not a constant feature, which seems like a smart choice to keep from tearing his throat apart trying to match some of the more blistering passages.  Also worth noting is the strong production work, which adjusts acoustics and polish to fit the changing flavors of the album to good effect.
Altogether, I have to say I'm thoroughly impressed by the band's work.  The time they put into making their epic track really comes through in the final product, as the whole thing has a sense of immensity to it. Trying to imagine the cavern of the title based on the music brings to mind images of something like a termite hive the size of the Grand Canyon, with inhabitants of a size to match.  It's dizzyingly big, almost overwhelmingly dense with activity, and just plain powerful.  The band has expressed interest in a physical release, so kick some money their way for a digital copy to make that happen... if you can handle it.
~ Gabriel

For Fans Of; Abstracter, Asilo, Gnaw Their Tongues, White Darkness, Behold... The Arctopus

Qualeaceans - In The Cavern Of The Flightless (320 kbps)