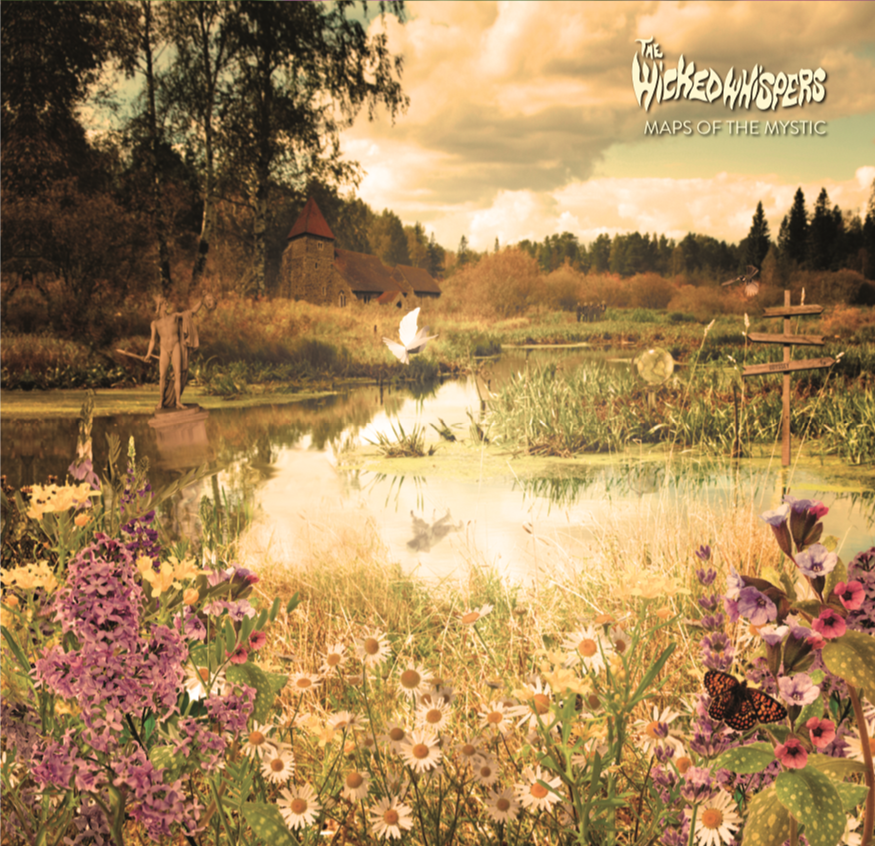 From the UK, The Wicked Whispers brings that classic 60's Pop and Psychedelic Folk Rock sound to the modern day. Seeing as how they share a hometown with The Beatles, that was the first band that sprang to mind when their debut album started up, and not just for that little bit of trivia. The band's whole vibe screams "flower power". Gentle, melodic vocals being poured over that Psychedelic Folk Rock meets classic British Pop sound, and it sounds as good as it ever did back in the day. I dare say, these guys may of given everyone a run for their money if they had came out at the same time. After a few complete listens a couple of the songs really jumped out at me, the first was the album's single "Chronological Astronaut", which you can hear at the bottom of the page. The next to really grab my attention on that first complete listen was "I'd Follow You Anywhere". Opening up slowly and with the laughter of children (not kidding), after thirty seconds or so those golden, melodic vocals start on top of a soft guitar part, and some gentle drumming. After another minute or so the song picks up a little speed and the horns make their first appearance. As you move into the second half of the track you're greeted to a really understated Psychedelic guitar solo, it blends in with the mellow nature of the song perfectly, and pops up throughout the second half of the song. Luckily, Electone Records had the good taste to put this 1960's throwback album out on vinyl, along with issuing it on CD and as a download so everyone has an option, because if you're into the retro, poppy Psychedelic Rock, you're going to enjoy this one.
~Skip

For Fans Of; The Beatles, The Galileo 7, Baby Woodrose