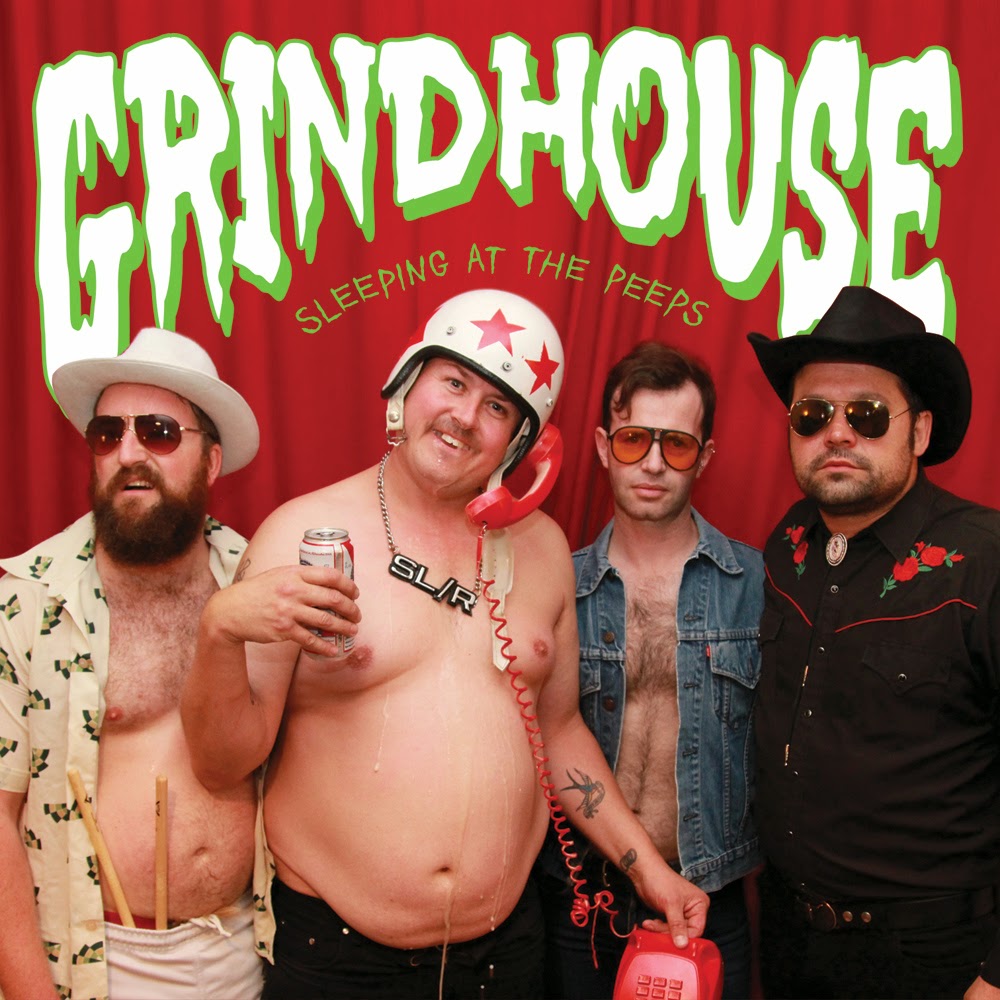 With a name like “Grindhouse”, this band was everything I was hoping it to be.
Straightforward, cheaply indulgent, yet still well-crafted and catchy, Sleeping At The Peeps digests much like a slice of greasy, decadent rock-n-roll gluttony.  I couldn’t wait to tear through this teeth-rotting treat when I saw the obnoxious Christmas-colored album art.  Chock-full of beer bellies, Pabst, and cowboy hats, and raunchy in all the right ways, I found every song to entertaining as the cover.
I am especially a fan of albums that move seamlessly from song to song,  and much like a good book, Sleeping At The Peeps subjugates the senses in such a way that you almost forget you are listening to eight separate tunes.  Don’t mistake this for a boring, singular sound, however.  Although this band labels themselves as garage rock, their music subtly glides in and out of various styles; but remains even-keeled.  “Dapto Dazzler” kicks off the album with energetic guitar riffs, and raucous, tube-y vocals.  “Wild Sex And Machine Guns”  has more of a rockabilly vibe, while “If You Say So” errs on the side of straight-forward punk, and “High On The Side Of The Road” slows it down a bit, alluding to a classic blues rock kind of feel.  The album wraps on a high note with “Mutha Fuckin Punk Rock Power,” ensuring that you will hit  'replay' to keep the stamina of the album going just a bit more.
~ Allie

For Fans Of; The Vines, Turbo Negro, The Hives, Ramones, The Strokes