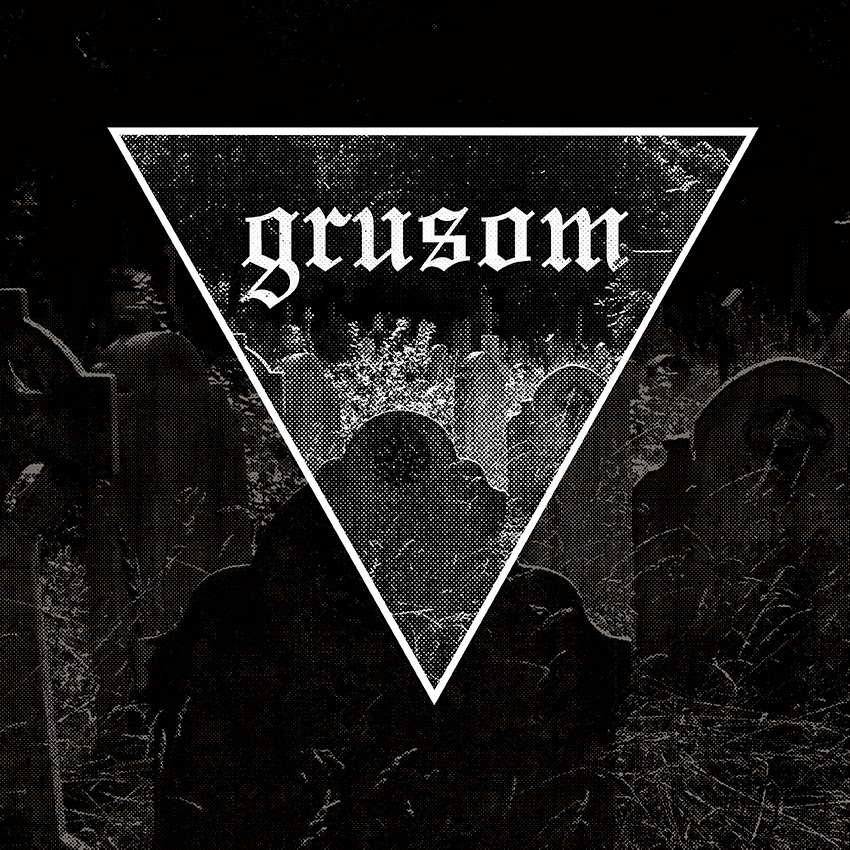 Another one of Denmark's numerous quality stoner rock outfits, GRUSOM have stepped out onto the international scene with their new demo, featuring three tracks with fittingly macabre flavors.  The first of these tracks is "Evil", a bluesy gothic crooner which builds to a slow burn of keyboards and guitar over slow-thumping drums as vocalist Nicolaj Hoffmann Jul pushes through the gloom.  After that, it's on into "Gruesome", which holds onto the blues and doom, but ramps up the energy of the instruments a bit, pulling the guitar to new spidery heights, raising the keyboard to match, trading off between the two, then drawing them together for a big crash of chords before sinking back into slower sadness.  For the end comes "Reaper", which uses a surprisingly bouncy main riff (lightened by the keyboards again) to pull things to a close with lyrics telling of rising from flames.
For a demo, it's nice and compact, it shows off the band's skills, and offers a taste of things to come while being a toothsome chunk in its own right.  For fans of doom blues, it'll be well worth keeping an ear to the ground for more developments from GRUSOM, as they seem to have lit a fire beneath their own feet.
~ Gabriel