Well, it's that time of year again.  The time of year at which I start seeing other people's top picks for musical output from the past 12 months (usually jumping the gun by a few weeks, if not more), and as I read them, asking myself "How did I miss this?".  Sure, I've got more albums, EPs, splits, and singles on my plate than my budget of time or money allows me to wolf down to the last bite,  but even so, there's always great-looking releases with glowing praise that didn't even blip across my radar.  And then there's the albums that I did hear, and now I'm wondering how they got so many people to fall in love with them when they left me so unmoved, bored, or even disappointed.
So if you don't see the albums you feel should have taken these spots in this list, there's a number of possible explanations.  Maybe I didn't hear it, maybe I was left cold by it, or maybe I just didn't enjoy it as much as I did the following releases.  There's also the option, like a large number of records I spun repeatedly and enjoyed immensely, that it just didn't fit the RWTD flavors (yeah, it happens).
Whatever the reason, I still want to know what you felt the top albums of the year were, so leave a comment, send an e-mail, or swear bloody vengeance against me, just give me some suggestions (or commandments) on what I should be hearing.  In any event, I'm glad to have been able to have been a link between these bands and you, our readers, and hope that next year is half as great with its musical output as 2014 was.  Without further ado, on to my top 20 picks for studio albums from the past year! 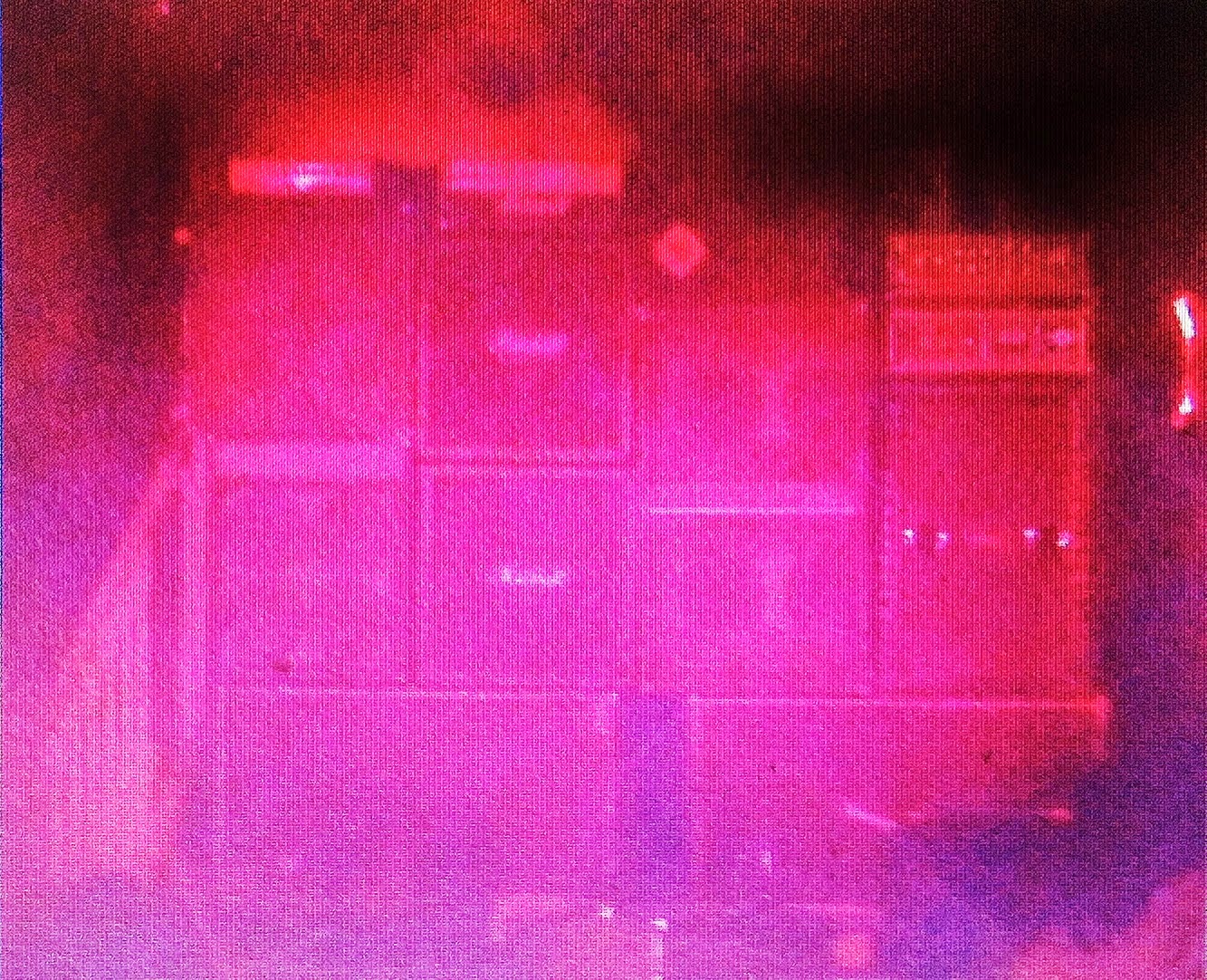 #20. JETDOG - OUTER SPACE IS THE PLACE
"One of the first things you'll notice once you plug this stuff into your ears is how massively fuzzy it is; going with the name, it works as either a dog-fur-lined wall of amps, or the rumbling radiation of a cruiser burning through the cosmos." 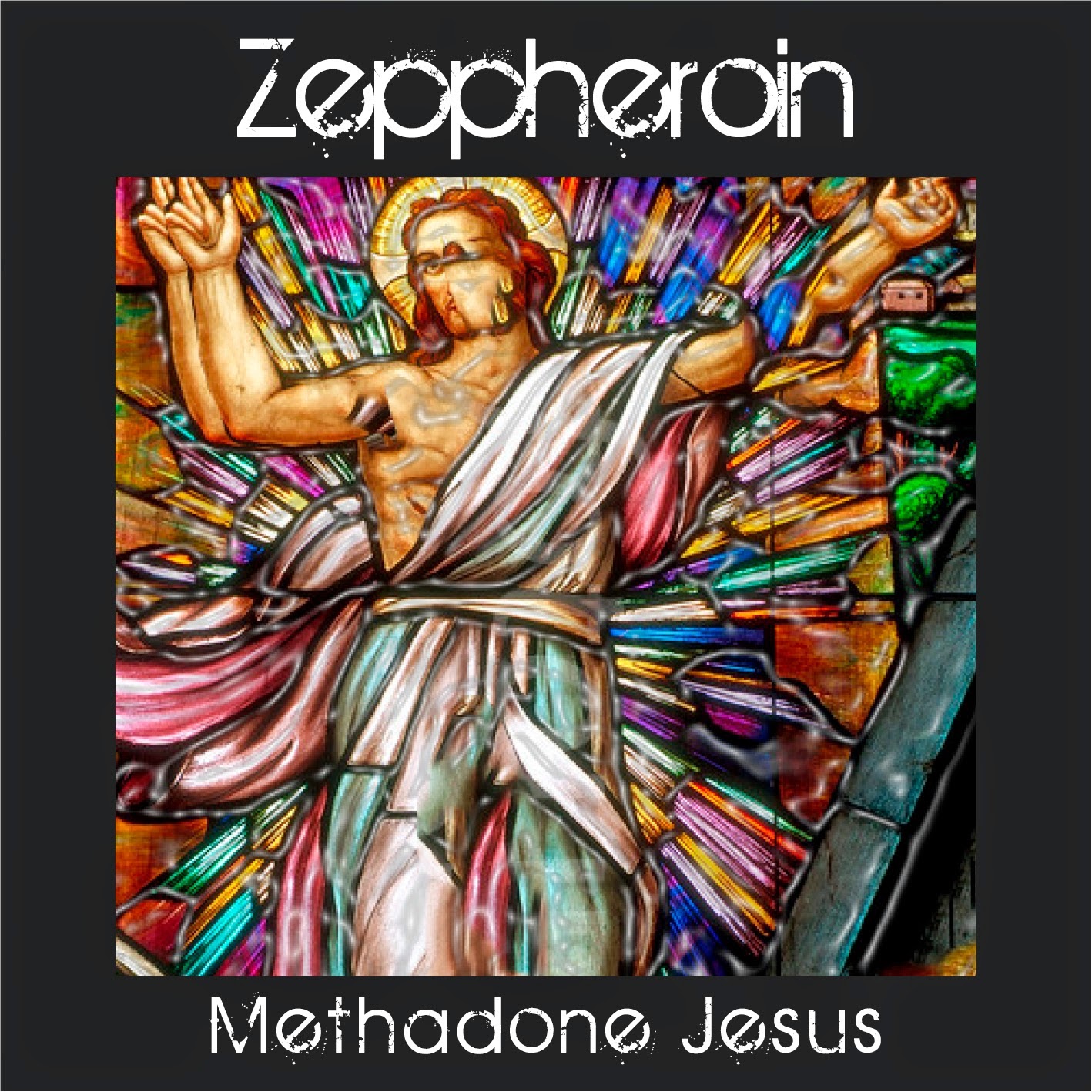 #19.Zeppheroin - Methadone Jesus
"Throw yourself down a flight of stairs, get a painkiller prescription, and then blare this as loud as your senses can stand; your neighbors might not appreciate it, but your ears should." 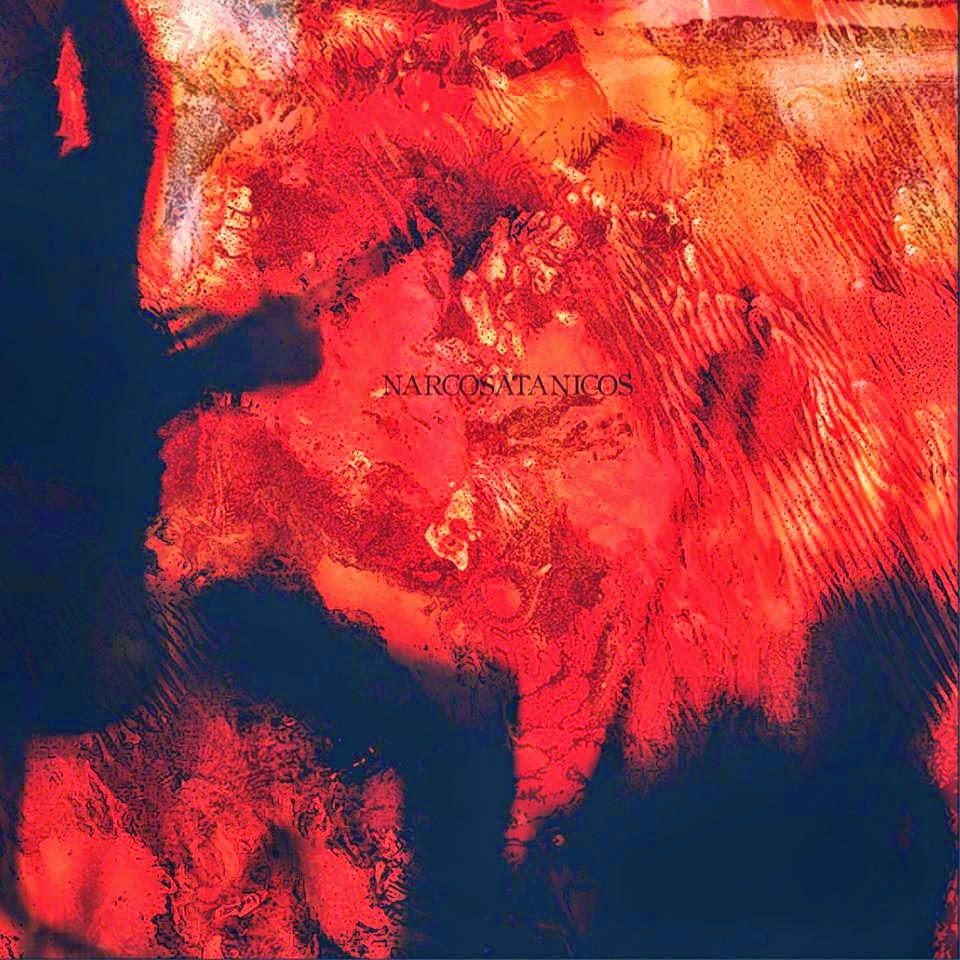 #18. Narcosatanicos - Narcosatanicos
"Distorted vocals add to the fever-dream impressions, with phasing of instruments getting your head to the point of reeling in short order, which they capitalize on by launching into heavy-end crescendos." 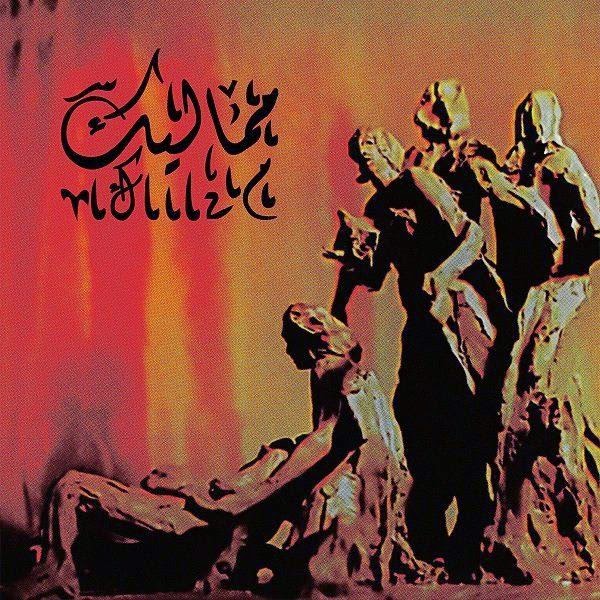 #17. Mamaleek - He Never Said A Mumblin' Word
"Sometimes quiet and subdued, other times roaring with a wall of noise, there’s plenty of juxtaposition going on, and the album asks listeners for more than the usual level of openness to trying new things." 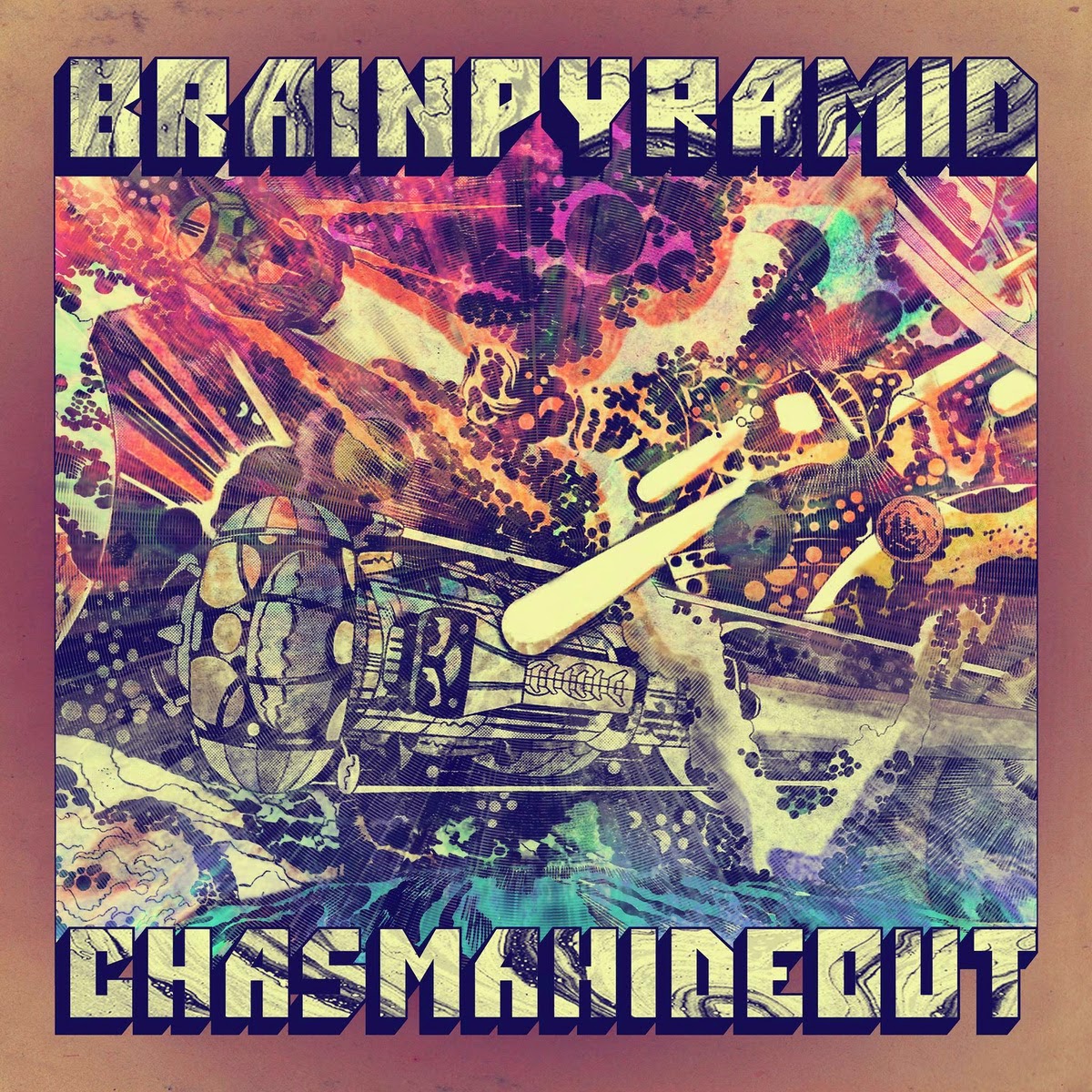 #16. Brain Pyramid - Chasma Hideout
"Capturing the spirit of jamming out in the country-side and lathering it up with some toothy distortion and sweet-finger licks, there's a lot of unruly and vibrant energy coursing through the album as it riffs and rips all over the place." 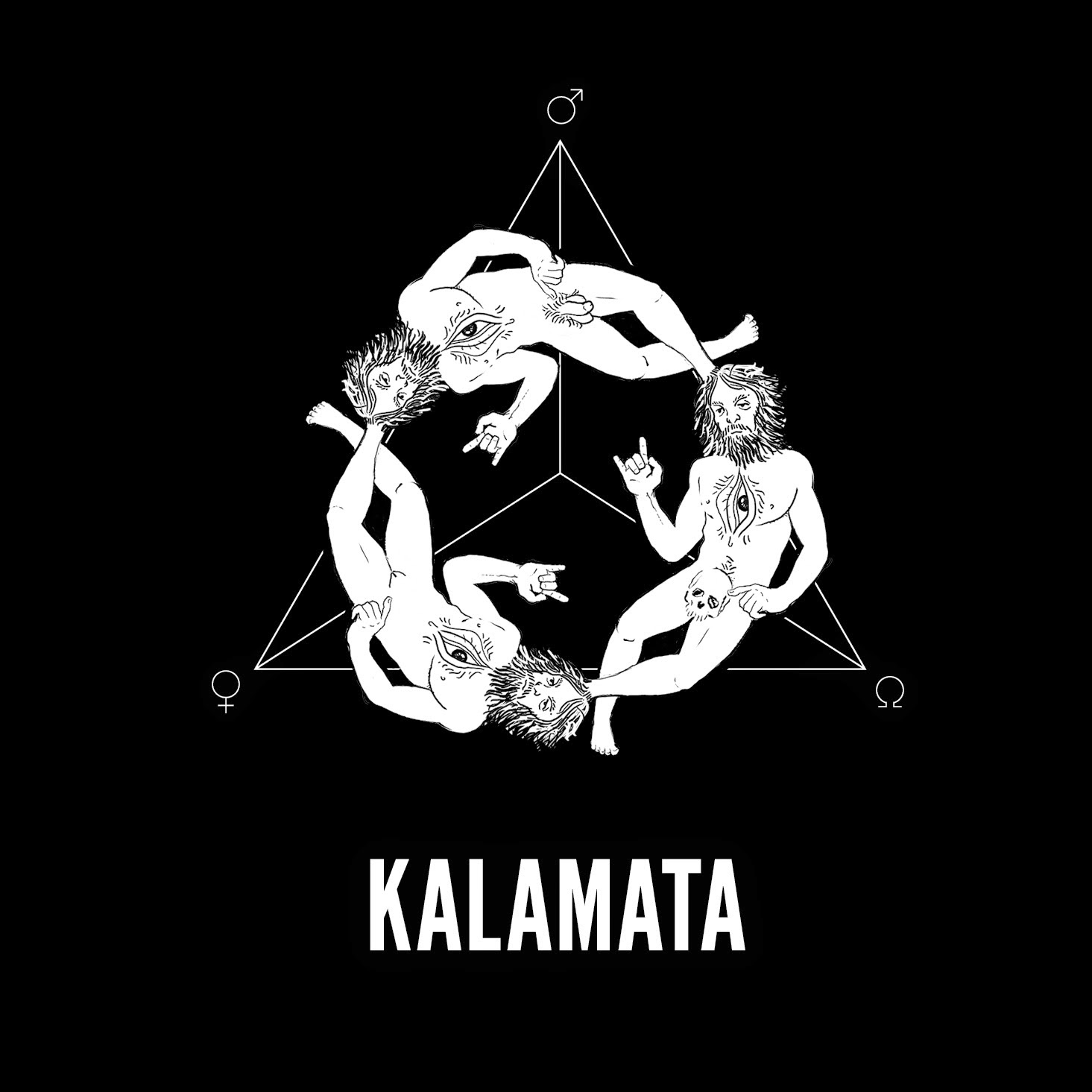 #15. Kalamata - You
"Though there's a sense of doom metal to some of the music (most notably in the way the bassist wields his chords), there's also enough of the more positive, sun-baked desert rock vibes to let the band shift around in the range between the two without getting pinned to either." 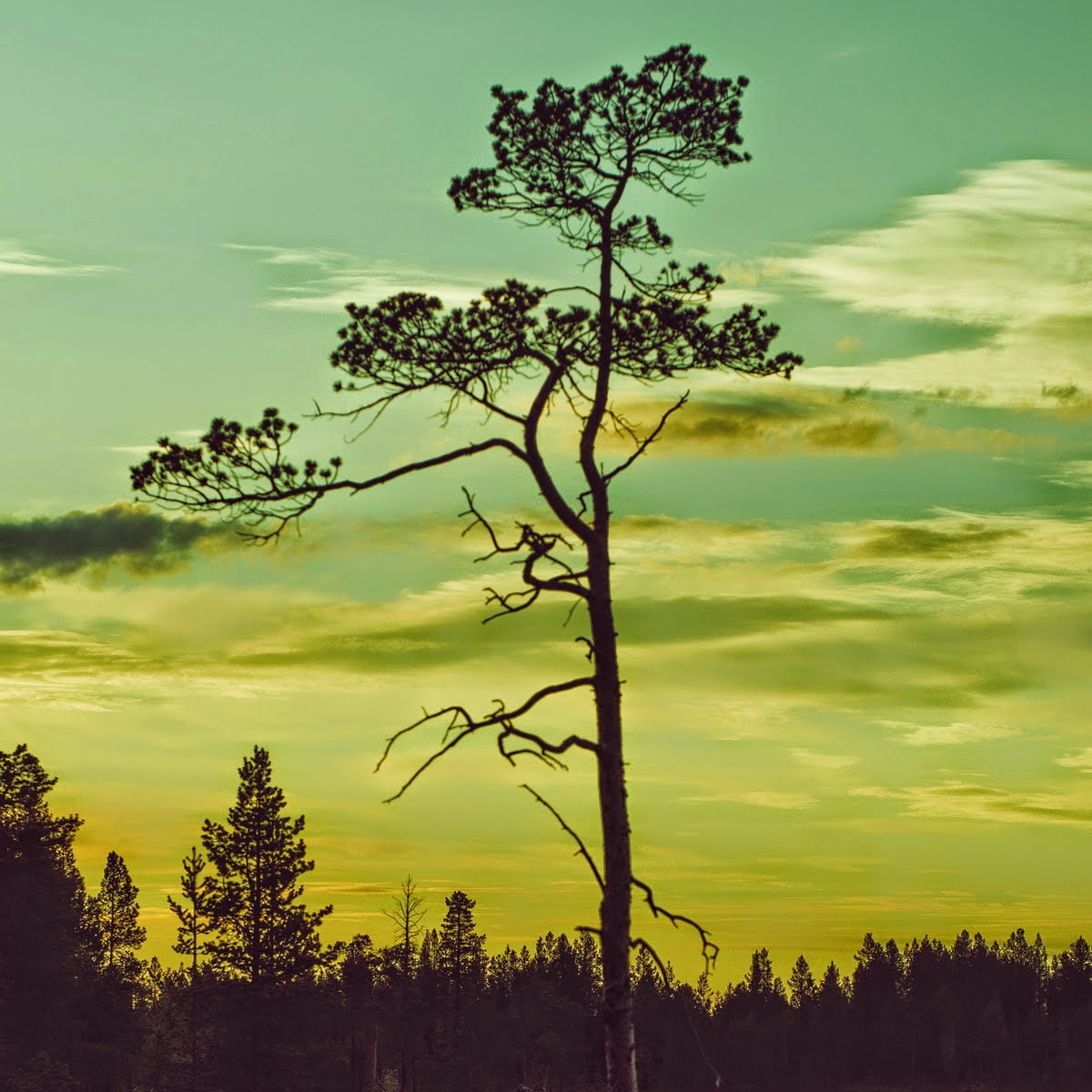 #14. Hijo de la Tormenta - Hijo de la Tormenta
"In the midst of their amazingly tuneful heaviness, the drums do a lot to keep things from getting over-saturated, with counter-point rhythms, inventive fills, and a crisp sound to the drum-hits generating some defiant liveliness beneath the down-tuned doom rock." 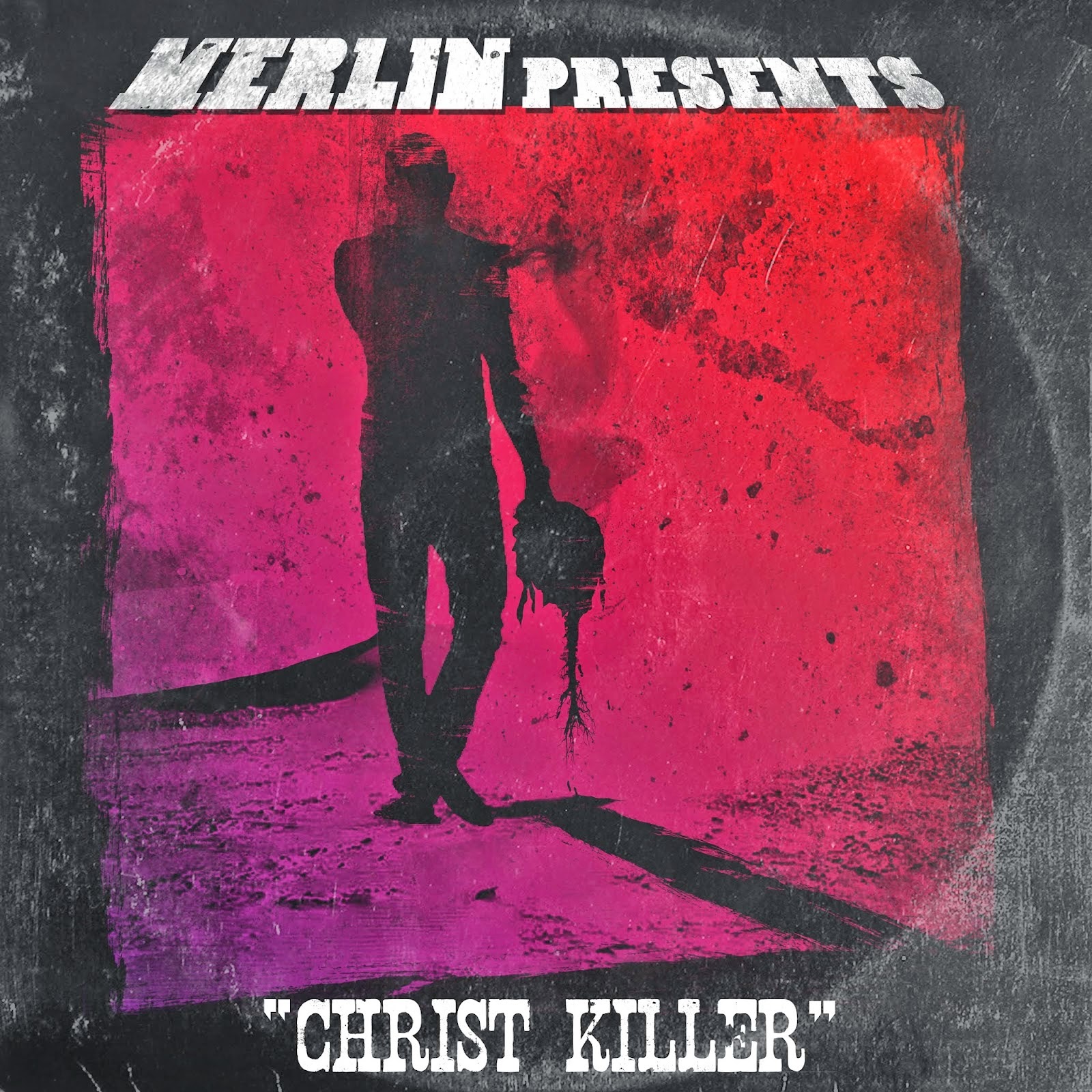 #13. Merlin - Christ Killer
"While we won't be seeing Russell Crowe hold a thorn-crowned head up on the silver screen anytime soon, Merlin's interpretation provides a satisfying alternative for that experience, melding a Pantera-like sense of hard country...with some psychedelic-edged doom for a trip into alternate history." 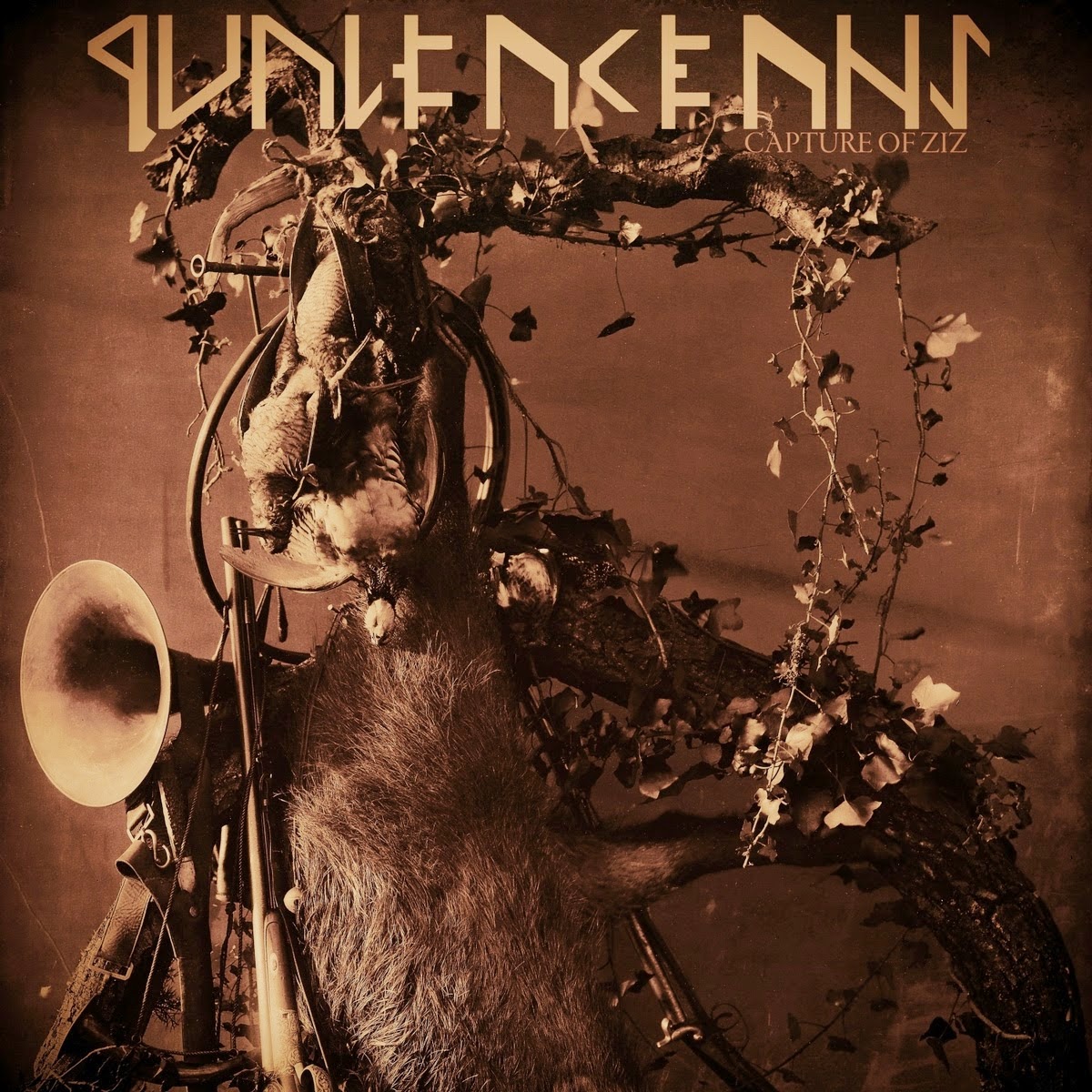 #12. Qualeaceans - Capture Of Ziz
"They have an amazingly fluid quality to their music, evident in the rippling echo of the drummer's cymbals, the sinuous guitar-work, their ability to jump from one time signature cleanly into another (or a few simultaneously), and the song's structure, which moves about like a snake that can't stop shedding its skin." #11. 3rd Ear Experience - Incredible Good Fortune
"At over an hour of expansive musical soaring, there's plenty of opportunities for them to show off their more-than-capable instrumental flights of fancy, with the guitars blasting off and leaving ringing waves of feedback in its wake as the drums, bass and keyboards meld together in some tasty fusion." 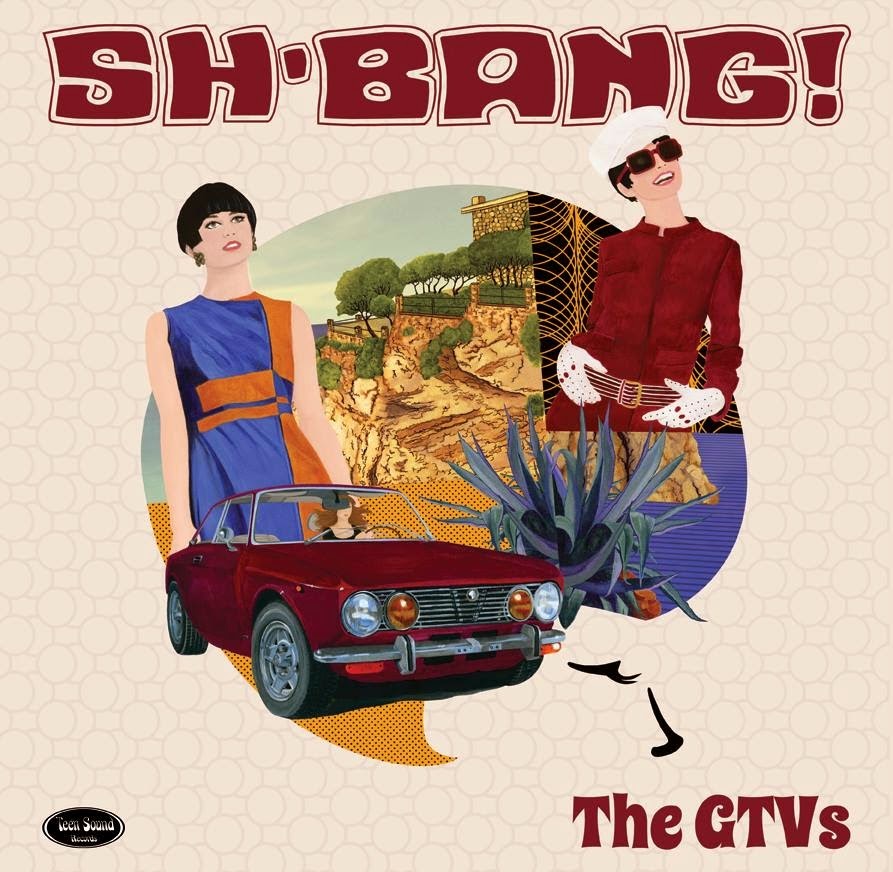 #10. The GTVs - Sh'Bang!
"[A]side from the essential electric piano, which adds some serious dazzle to the affair, the personable vocals, hip-shaking riffs, and unabashed attitude all blaze with a liveliness channeled from the likes of the MC5, Mitch Ryder, and Dick Dale, but with a slight layer of ear-pleasing grime on top of it all, as though the recordings have been rescued from the back stacks of some negligent record label." 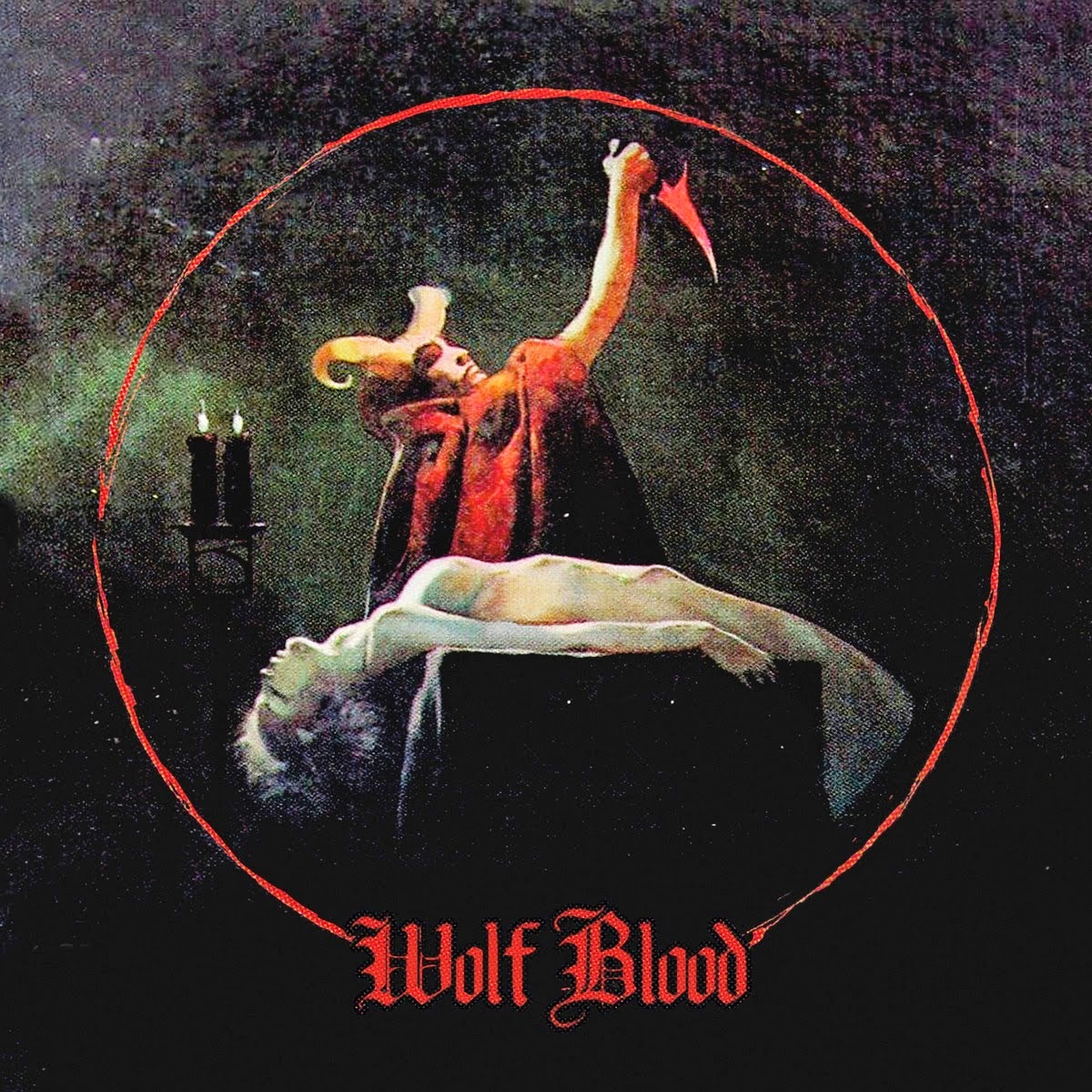 #9. Wolf Blood - Wolf Blood
"The long and the short of it is, if you have a taste for experimental doom, sometimes fast and heavy with a splash of thrash or death metal, Wolf Blood is not to be missed." 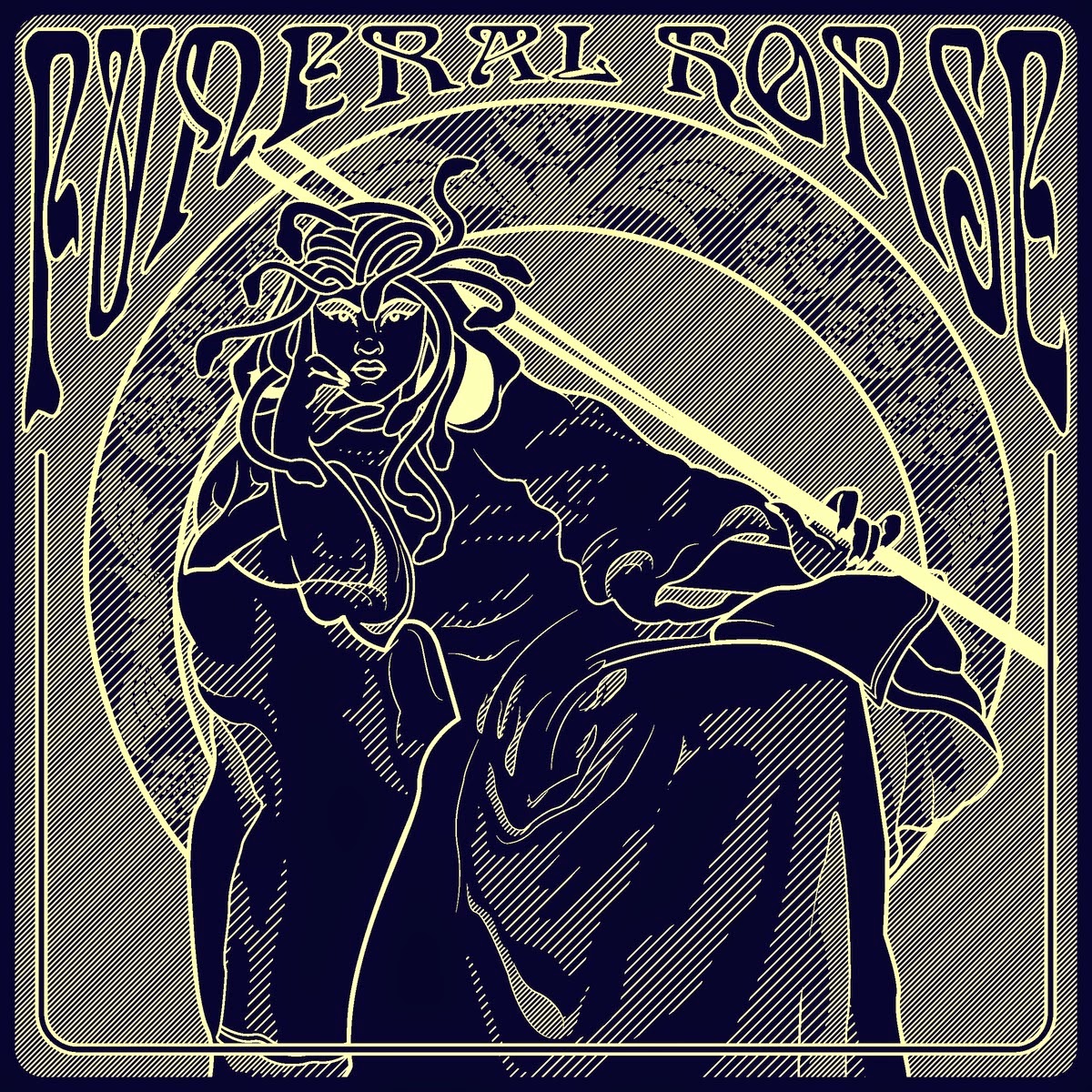 #8. Funeral Horse - Sinister Rites Of The Master
"Funeral Horse's latest release is a fine slab of fuzzier-than-thou stoner rock, perfect for blasting out of your car's windows on a muggy night.  While the distortion on the vocals can sometimes make the words a bit tricky to properly hear, that fits right in with the buzzsaw guitar and drums that thump like a neighbor who thinks you've got the music turned up too loud." 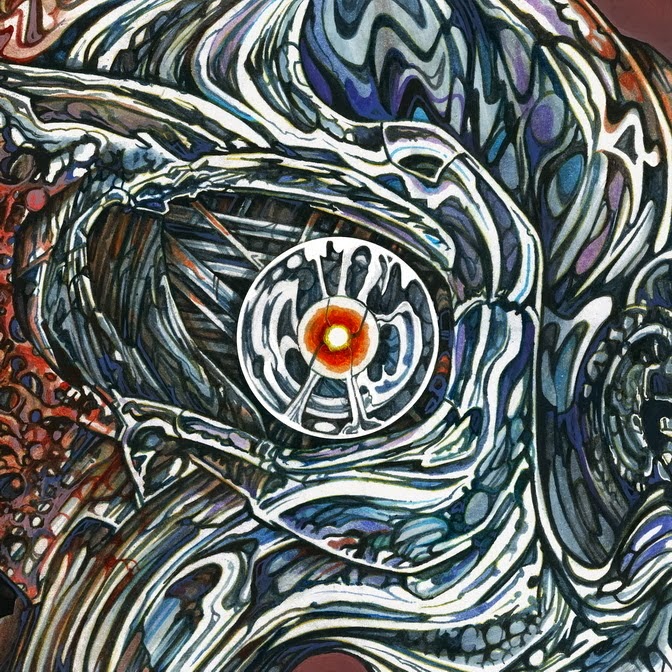 #7. Major Kong - Doom Machine
"The guitar sounds like something out of a sci-fi film (I mean that in the best sense), the drums feel like they should be leading a hooded procession through subterranean chambers, and the bass just swells up and out, filling the room. That cave-like feeling is further enhanced by the almost-complete absence of vocals, aside from the opening sample, so that you can just sit back and let it engulf you." 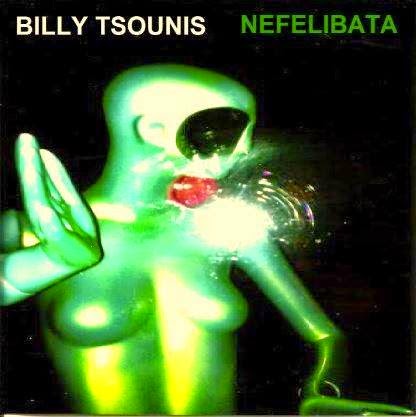 #6. Billy Tsounis - Nefelibata
"Psychedelic to the point of being semi-hallucinatory, the new album from Billy Tsounis pulsates with energy from the first moments, billowing out in expansive waves of guitar and bass held down by the solid drum-work.  Mr. Tsounis put everything together himself, and the quality and sense of interaction between the assembled pieces deserves some recognition; there's some truly intricate stretches of sound to be found here, and imagining the multi-tracking behind it all is enough to make your head start to spin." 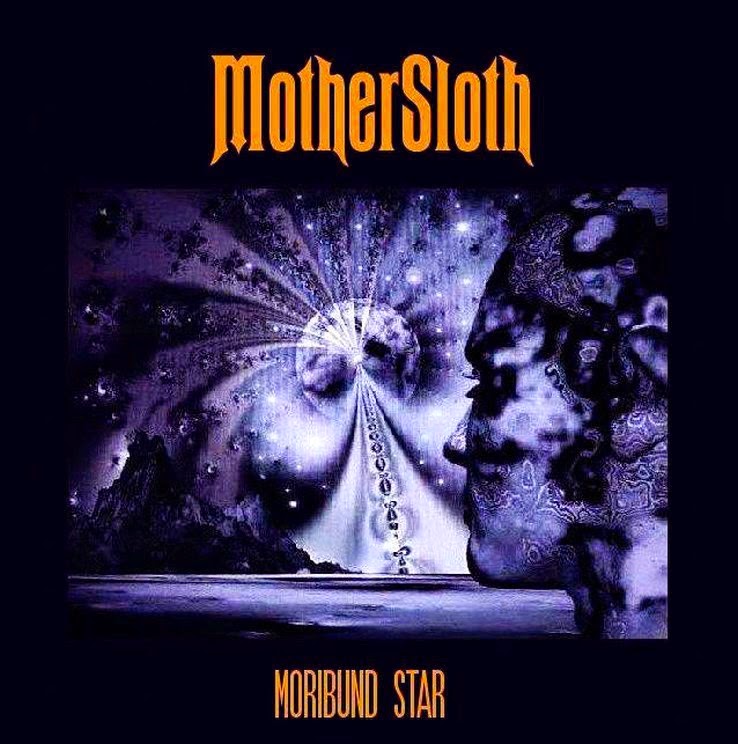 #5. MotherSloth - Moribund Star
"They know how to work a groove, as testified by the opening track, "Hazy Blur Of Life", in which they get a roomy bass riff going, backed up admirably by the drummer, before launching some loose and limber guitar and making everything spark, then just fanning that flame as it burns through the rest of the song and into harder territory.  The rest of the album takes the blood-shot colossus sound of the first song and gives it tweaks here and there, working it into new forms without losing that primal groove connection." 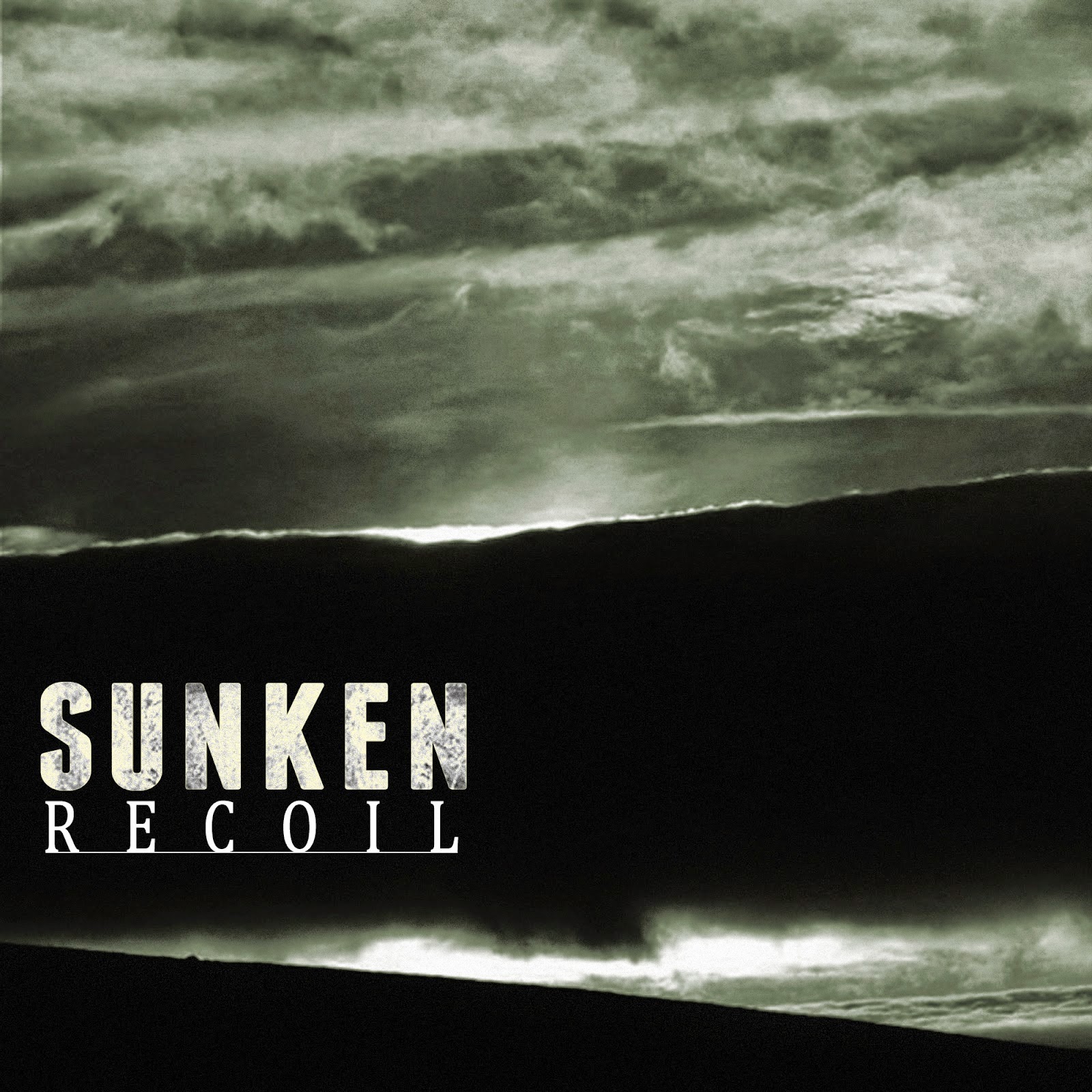 #4. Sunken - Recoil
"The inventiveness Sunken shows is made even more admirable by their decision to go with only two instruments, as it really drives and challenges them to turn their hats inside-out with all the tricks they pull on this album.  The sheer fervor they inject into those instruments has the duo sounding bigger and meaner than bands three times their size, and the way in which they dole it out, making sure the listener will have gotten comfortable with the crunchy melodies before getting blasted by an assault without warning, deserves much respect and recognition." 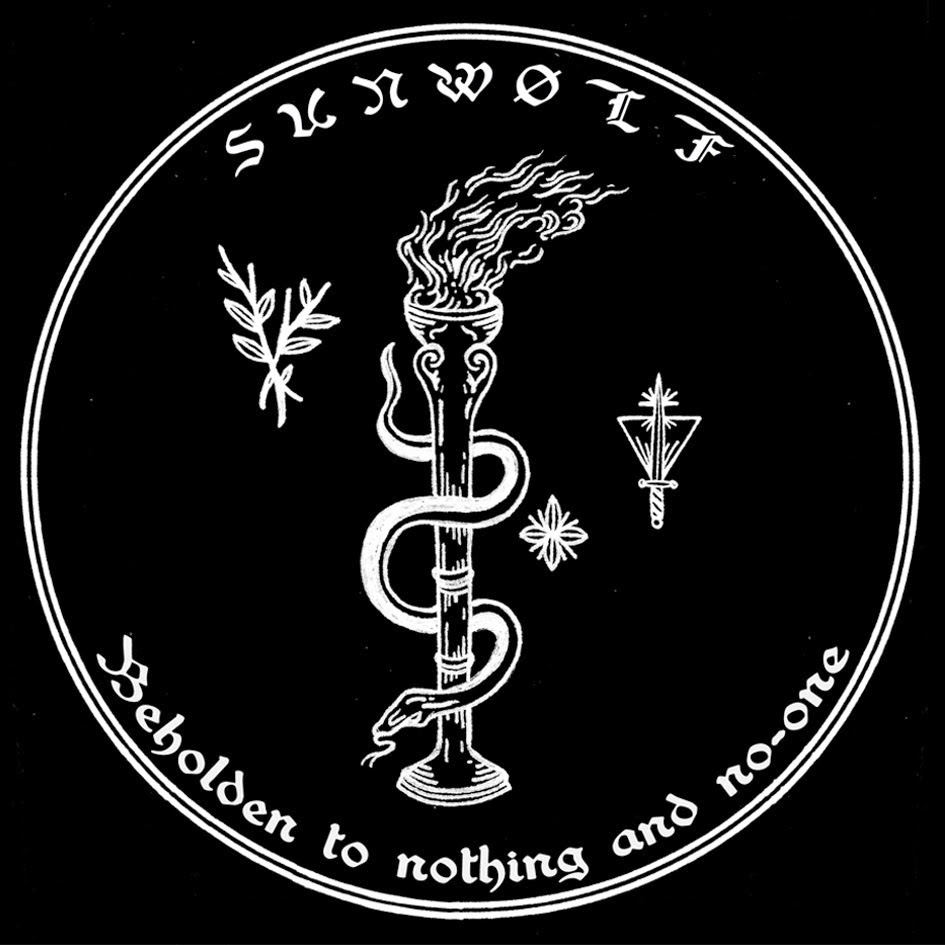 #3. Sunwølf - Beholden To Nothing And No One
"[T]he full-on metal vocals erupt from the sedation, the guitar swings into action with a grimy buzz, and they rumble into life like a long-buried war machine reactivated after decades of decay; after a few more songs, the rust has been rattled away, and a cleaner, sharper form emerges, rolling relentlessly on into crushing terrain, until all the concrete forms have been wiped away, leaving them back where they began, with only themselves still around to destroy." 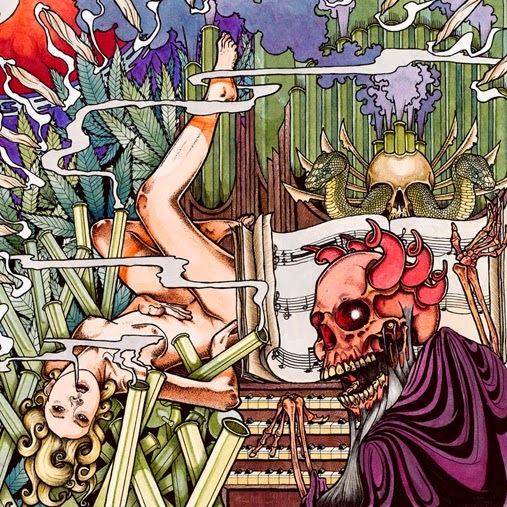 #2. Dopelord - Black Arts, Riff Worship & Weed Cult
"They find a more-than-happy medium between the blueprints of Black Sabbath and the more aggressive edge of modern fuzz-and-film-samples storms from groups like Electric Wizard and Dopethrone, then dive in head-first, kicking up splashes of psychedelic doom with enough black-light energy infused to make your speakers start to glow." 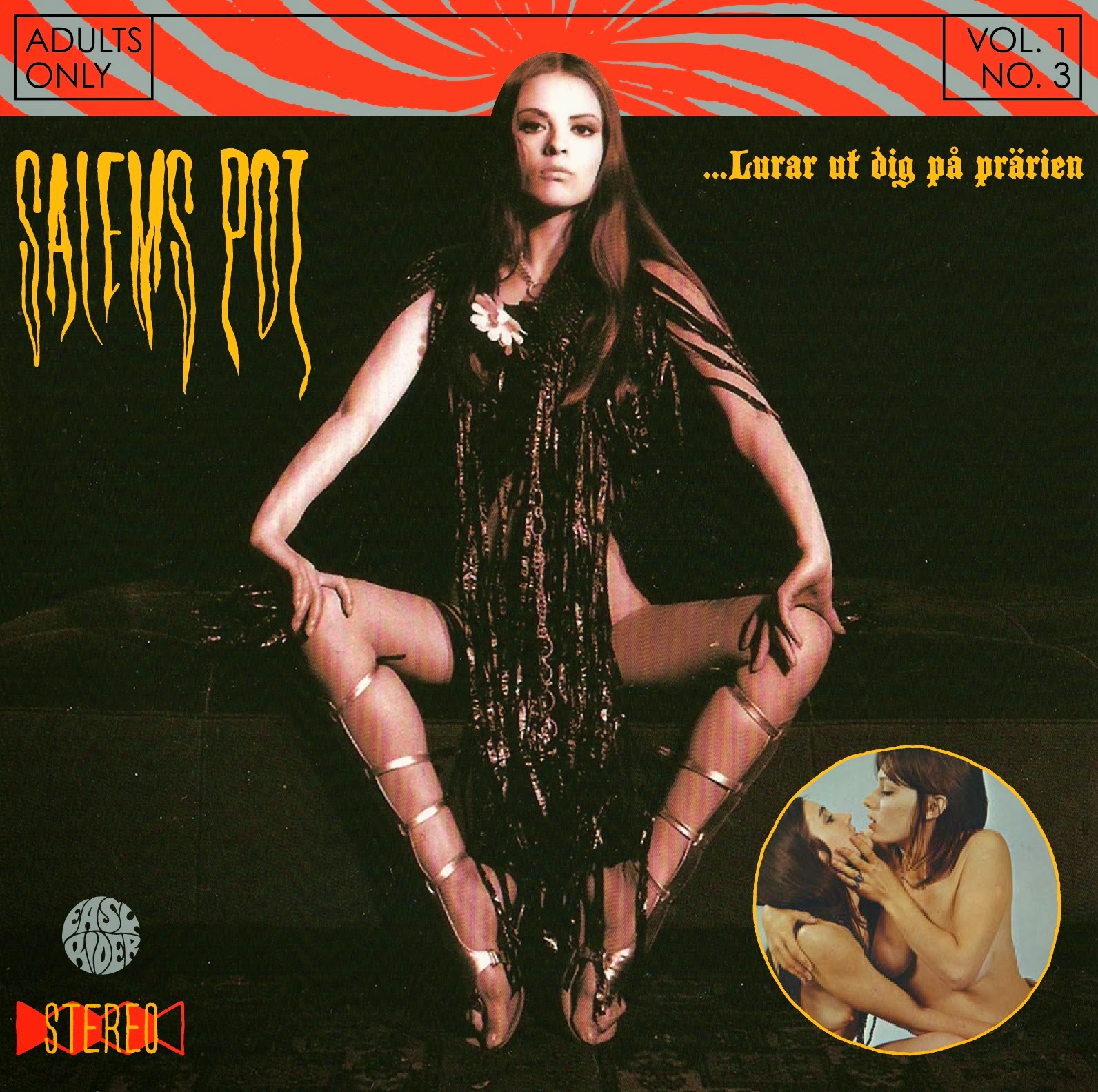 #1. Salem's Pot - ...Lurar Ut Dig På Prärien
"If you’ve ever wondered what early Black Sabbath might have sounded like if they’d gone into the studio while on acid (and used much more reverb on Ozzy’s vocals), this album will give you a believable answer.   Thick riffs, quick-drone grooves, and an almost trance-like atmosphere help the album deliver a steady stream of ambiguously occult psychedelia."