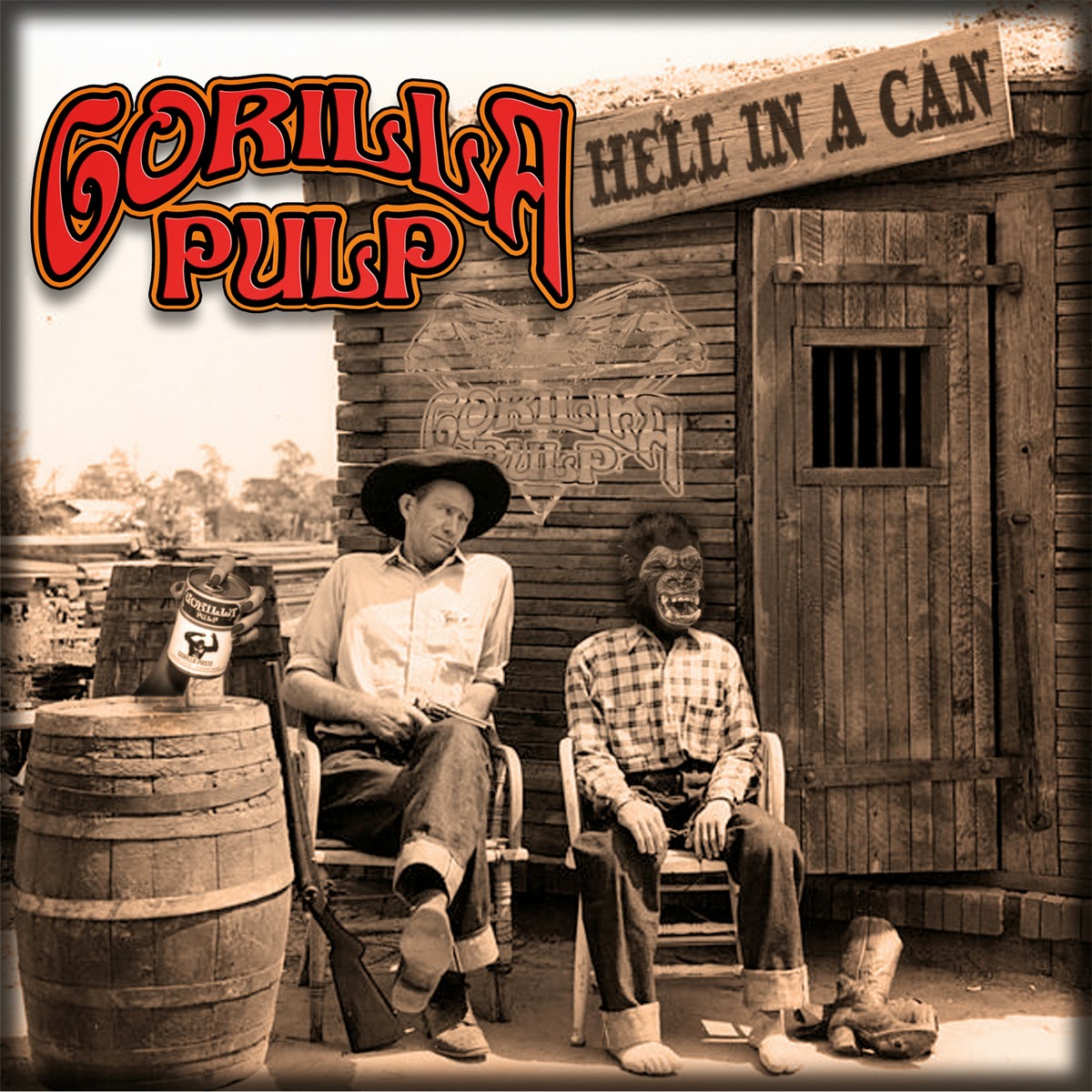 I'll admit, Stoner Rock isn't even in the top ten things that comes to mind when I think of Italy, but after hearing some of the talent that comes out of there, maybe it should be. Gorilla Pulp is just some of the latest talent to make itself known, with the release of their debut EP "Hell In a Can" on Mother Fuzzer Records. It's four tracks (including the intro) of head banging, Heavy Stoner Rock in the image of Kyuss and Motorhead's stoned bastard. The closer "Witchcraft" is probably my favorite track on the EP, which doesn't surprise me as it's also probably the most "Sabbath-y". Opening with a dark and fuzzy riff, it only takes a few moments for the drums to chime in and start their deep rumbling stomp, that's what really gets the ball rolling. After the band gets behind it, the song launches into a sonic tirade with lots of howling guitar work before switching to that crunchy riff and the vocals make their first appearance, this time in a doom-ier styling than the "Lemmy with a bullhorn" sound that you hear in parts of the other songs. This song consists largely of instrumental jamming though, and with a jam this good, you don't need everything over lapped with vocals, sometimes just letting the track ride is the best thing you can do. If any of this sounds appealing, head over to Mother Fuzzer's Bandcamp page and listen to the whole thing for yourself, then pick up one of those slick looking CDs with the even cooler poster.
~Skip