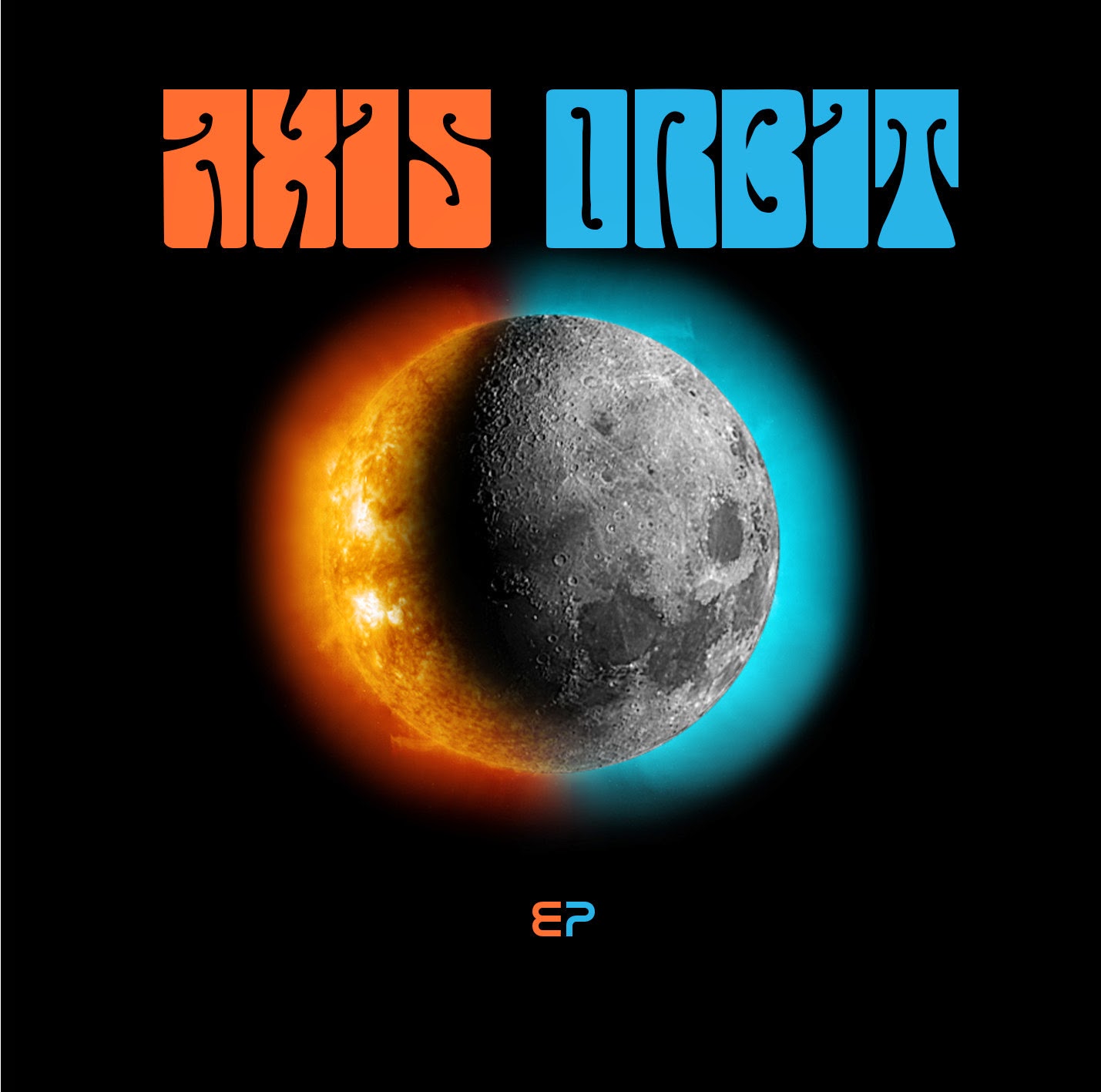 Sounding like a darker version of Bay-area psychedelic rock, the debut EP from NYC's AXIS/ORBIT juices together some fuzz-toned and wild guitar, staunch bass with a smooth touch, vocals and delivery that had me in mind of both the MC5 and Deep Purple, and a drummer with a good head for when to dive in and when to hold back.  The three tracks, "Hazy", "The Owl", and "Riot Canal" make up a release which nicely balances homage to their influences with enough edge in carving out their own territory, hitting a very sweet spot of keeping the listener wrapped up in comfort without knowing what's coming next (at least until they've played it again, and again, and...).
While the three tracks all get in and done with a briefness to keep you wishing for more, they manage to jam enough inventiveness, deep grooves, space-trip solos, and crisp pedal usage into their runs to still achieve an expansive sound to drag listeners in, toss them about in an energy storm, and launch them off into a new musical orbit.  Excellent stuff, with plenty of promise for what AXIS/ORBIT have in store for the world, and an excellent launch-pad into their new album.
~ Gabriel