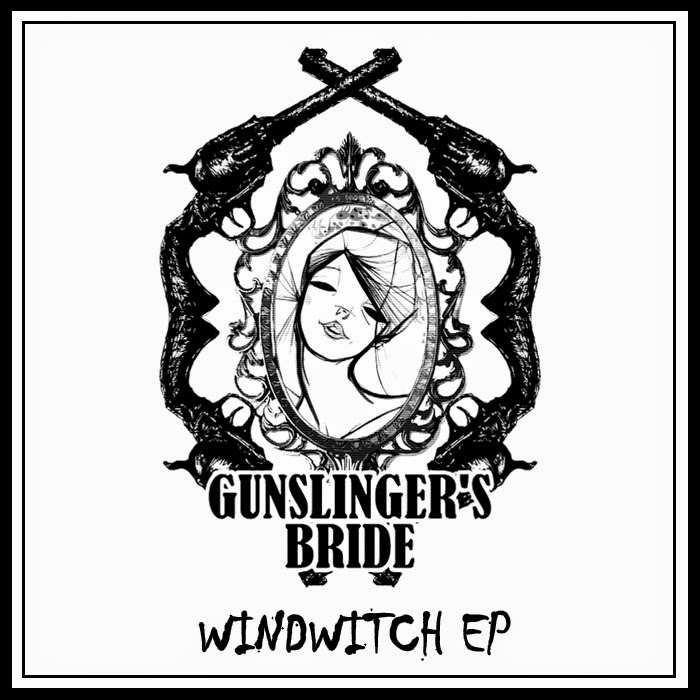 From Croatia's gritty underground Gunslinger's Bride and their, Southern groove infected, Stoner Rock sound have stormed on the scene. Their debut EP "Windwitch" is short, only five songs, but it packs a devastating punch. With the dirt road vocals being sung and growled out at different times, some songs have a down right catchy vocal melody behind them. Backing up the snarling frontman, the guitar lays down everything from fingertip brutalizing solos to swinging, heavy Stoner Rock riffs, and bluesy licks that remind you of Dixieland. The bass's rounded tone still cuts through the mix, blasting along chunky riffs in all of its low end glory. The drums keep time like the precision ticking of an expensive watch, but hammering out explosive rhythms. While every one of the the songs will have you bobbing your head and singing along to the best of your ability, I particularly gravitated to the fourth track, "Foe". It kicks off in high gear and slamming forward, with a thick and slightly "southern-ized" riff that has more flavor added with a rumbling bass line that strays from the guitar line and carves its own path at times, but always coming back to the mother groove. The singer tries to steal the spotlight with rough, attacking vocals that flow together into their own rhythm on top of everything else, and may of succeeded, you'll have to judge for yourself. With the guys releasing these five tracks of well executed Stoner Rock at the tail end of the last year, it's understandable if you've missed them before now, but you don't have to any longer. Head over to their bandcamp and grab yourself a "name your price" copy.
~Skip


For Fans Of; Orange Goblin, Planet of Zeus, Thieving Coyote