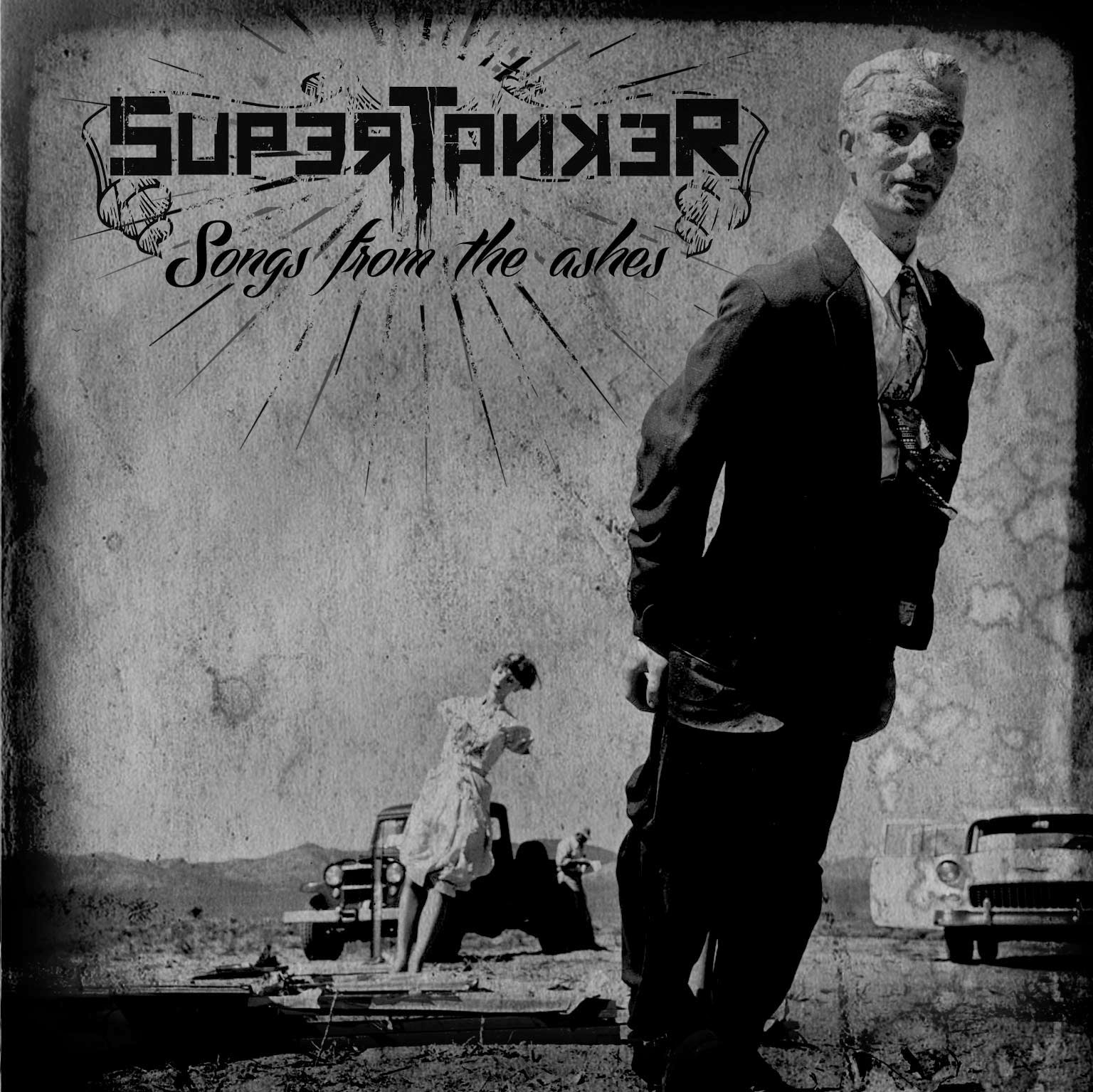 Following up on their "In Fall We Trust" advance single, this group from Paris have come out swinging with their first full album, which makes use of gritty production, a variety of vocal stylings, and some unabashed noodle-shredding on guitar to assemble 13 tracks of groove-loving grungy stoner rock with a blend of thrash.  On the lower end of the register, the drums and bass combine to form some rocket fuel propelling the songs along, so that while the group doesn't leave the usual stoner rock tempos too far behind, they do push things clearly towards harder territory.
Fitting with that lean 'n' mean rockiness, most of the songs (as you might expect of a thirteen-track album) don't go on too long, though Supertanker do include a few bigger cuts that let them flex their muscles with more groove indulgence and riff-rattling bridges.  Interludes like "Eternity" and "Used" provide some good flavor contrast to the angrier times, giving listeners some breathing room before the band launches back into their thrashy blitzing, while some Alice In Chains-like doom grunge comes through in "Cold" and other parts.  Around the midway mark is "Inside", which really charges up the speed (particularly with the drums), giving a good jolt of momentum to carry listeners through the rest to the last (and longest) song on the album, the forlorn but incendiary "I Can't Live A Second Life".
As the band's debut album, it's nice and strong, well-rounded without losing its edge or focus, with enough experimentation in finding out what they can make of hard grunge to proudly join the ranks of that underheard but burgeoning crowd these days.  It's always fun trying to anticipate what will emerge next from the French metal scene, and Supertanker are another quality act to leave you surprised but rocking.
~ Gabriel