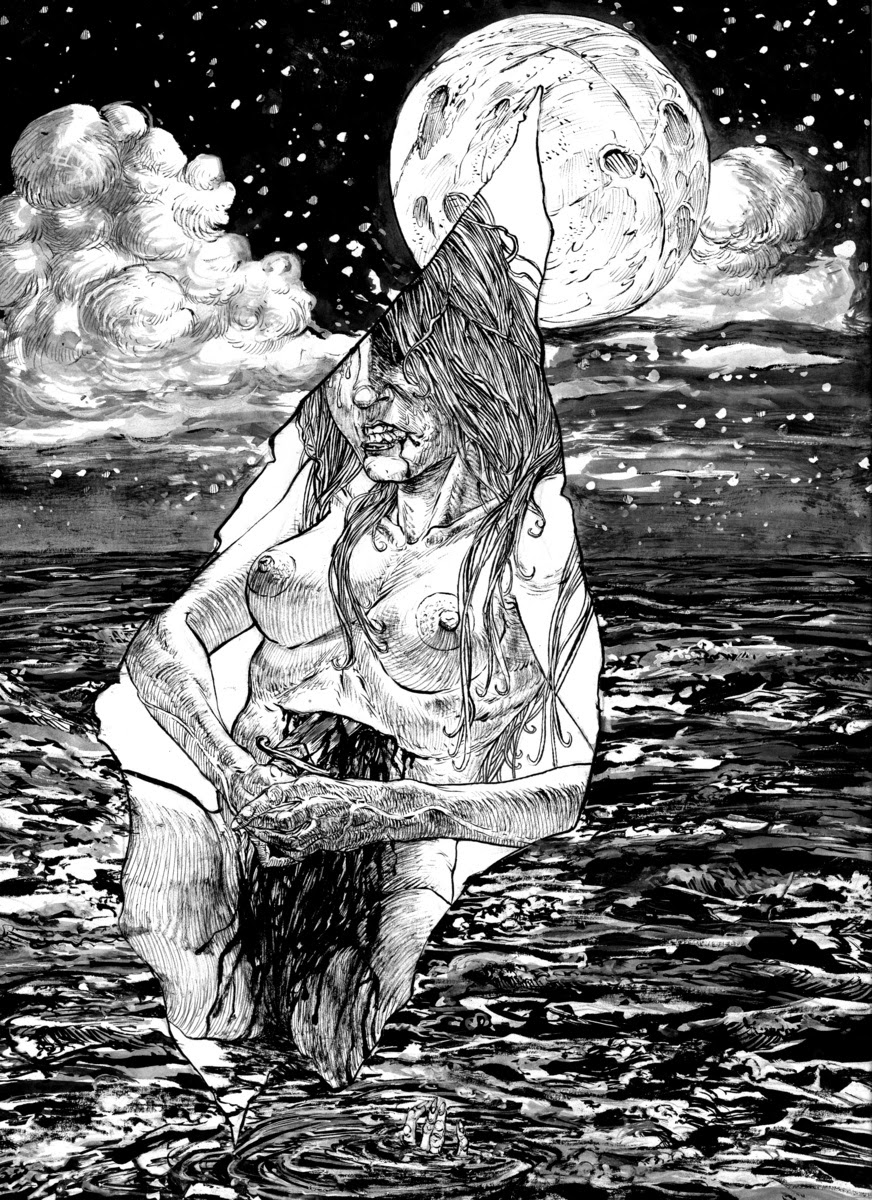 In the listening bar today we have TEETH, a new four-piece outfit out of California.  I say new because this big honking slab of a record here that they’ve titled Unremittance has only been out for approximately a month and a half, and the band’s first show is this month in Anaheim, CA, in support of Incantation.  Not bad at all fellas.  The album cover tells me that this will be something pretty damn heavy more than likely so we shall see!  Now for the music…
Within about 30 seconds of pressing play on the first track, “To Dream Is To Suffer”, you know you’re in for something pretty badass.  These guys immediately start laying it down in the vein of what I can only describe as right up there with Gojira, and it only gets better.  From there you’re taken on a wide-open, very well-written ride of vicious progressions ranging from brutally fast, crushing heavies with dual vocals screaming back and forth and then going to big, opened-up doomy sludge sections.  I like heavy music that lets me breathe with dynamics.  These guys get that and do it very well.  Not to mention there’s a few parts in here where the music subsides and I can totally see a room full of people singing/screaming every word right back to the band.
The stand out track for me would be track 7, “Vers La Famme”.  It starts off with a blistering riff backed up by equally blistering drums and  progresses into a meat-grinder of sorts, mixing every element the band touched on throughout the record.  The second half of the song pummels along into one of those instances that I mentioned with a room full of people screaming in unison.  In the final outro section we’re left to be put down easy with an almost hypnotic, zone-out guitar riff that would be perfect if it just went a little longer.  It’s badass though, nonetheless….
In doing my homework on TEETH prior to writing this review, I noticed that they didn’t really have much info out.  They have a Facebook and Bandcamp page, but not much else.  I reached out to the band and found that they’ve been writing this record for the past two years and after listening a few times, it shows.  I discovered that they had everything recorded and then decided to rework the guitars and rewrite some things until they had the riffs right.  As a full-on believer in the power of the riff myself, I can only congratulate these fellas on a job well done.  Kids, take notice.  If you haven’t heard of TEETH you probably will soon.  Vinyl will be available of this release in the near future too, so keep an eye out for that.
~ Ramsey Damngoode