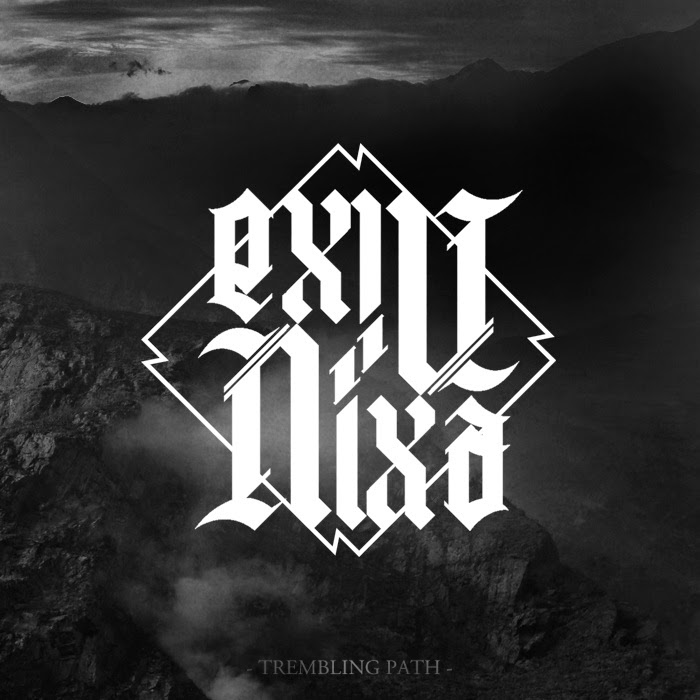 This doom trio has finally put forth their debut LP, and as they make their way from its start to the finish, they leave an excellent impression.  Starting off with the slow bass-tones of "Die With The Sun", Nixa warms the audience up with some light stuff before quickly ramping up the action.  They seem to have taken inspiration from a wide variety of groups from the last decade, alternating between and combining flat-out riffs, driving melodies, warm tone adjustment for the guitar, moderate feedback, and beat-down drum rhythms in ways that make it difficult to evaluate them against other bands.  They've hit that sweet spot of sounding both familiar and new, and they hold on to that difficult achievement for much of the album.
The band's balancing act also extends to the vocal aspect, which brings together rough and comparatively clean deliveries, though both styles get their own extended solo stretches.  Again, it's not really a new way of handling that part of the music, but thanks to the care they take in working it into the rest of the song, it feels fresher (and heavier) than most of the doomcore or blackened doom bands I've heard that have tried similar performances.  On top of that, they have a good sense of when to strip things down to just the instruments, and as a result, there's some really effective crashes of pounding commotion to off-set the lighter sections.
For a group with just one EP under their belt before their first album, it's thoroughly impressive work.  They've kept things trim and fit, though with enough time devoted to experimentation to keep it from feeling anything like routine.  I'm already half-tempted to go back and edit it into my Top 20 for 2014 list, and I'm sure further listening will only make it grow on me more.  Be sure to give this one a go, and stay warmed-up for the follow-up album, on which the band is already working.
~ Gabriel