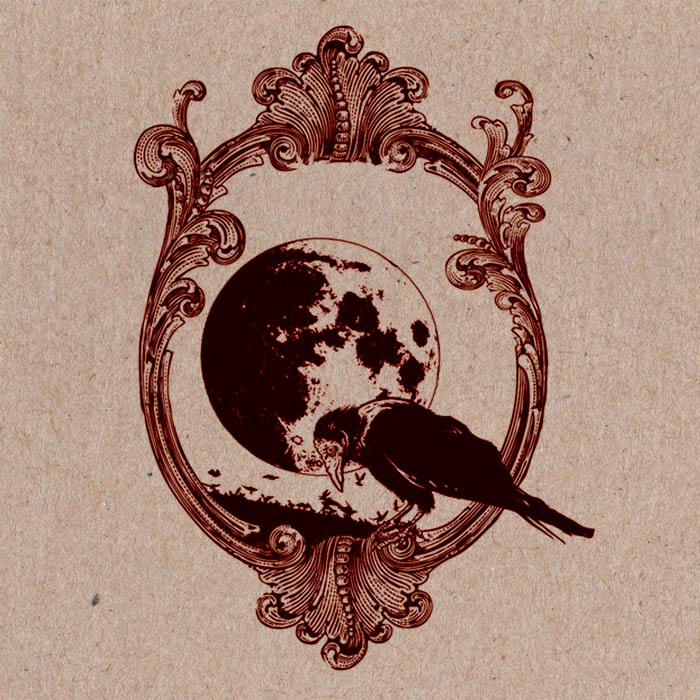 Coming in at just under half an hour of material, this debut EP from Spain's new outfit The Raven King fuses doom metal with blackened vocals, working in a few other elements while they're at it.  The songs are involved and complex, with all but one breaking eight minutes in duration, and the length of the songs allows them to go in some interesting directions, with finely-polished bridges and permutations of the melodies.  Some sound effects worked in as atmospheric additives help enhance the sense of setting established by each track, while the links from one to the next help tie everything together in a very satisfactory way. Even with those links, the band succeeds in crafting a distinct feel for each of the tracks, so that despite the notable similarities, there's a pleasing amount of variation contained in the EP.
Though it might take a little time to warm up to the vocals, they too are incorporated with care for the song at large, and the growling of the voice meshes well with those from the guitar and bass, creating solid waves of grim doom and monolithic-sounding bass reverb.  By the time The Raven King reaches the end (with "The World In His Eyes"), they've done enough to establish themselves as a force with which to be reckoned, as well as being very talented musicians.  It's quite the first release, so if you've been left wanting for serious doom that's fully capable of employing experimentalism to further their sound, here's something to satisfy your needs.
~ Gabriel

For Fans Of;    Disenchanter, Abstracter, Lake Of Blood, Agalloch, Stoneburner