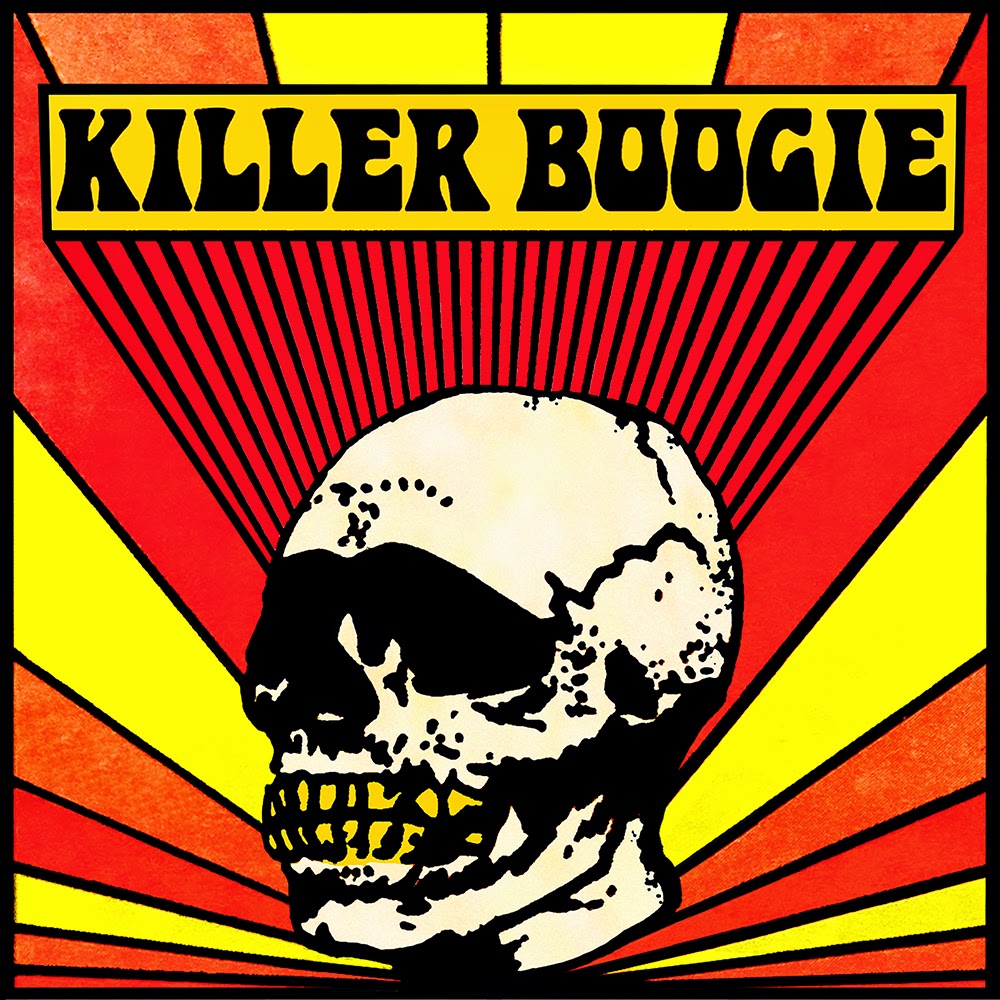 If you really dig the raw, explosive sound that the Garage and Heavy Rock bands of the 70's trafficked in, and the spaced out adventures from that classic Psychedelic Rock sound, then you've successfully found a new favorite band. Don't worry, you can thank me later. One thing the guys in Killer Boogie do, and do well, is ride the wave of those gritty, infectious riffs all the way in with bruising drum lines and rolling bass licks. And when they're not laying down the law like that, which isn't very often, you're usually presented with some sort of sound that seems cosmic in origin. Like the intro to the aptly titled "Cosmic Eyes", just before it kicks into a crunchy mid-tempo riff and accompanied by salvo of drum beats, it only last so long before things slow down however. With a harmonic vocal section the track takes on a whole new quality, when it's accompanied by the always direct and powerful vocal delivery. But this track can only stay in one place so long, and it doesn't take long for a new identity to emerge in the form of a mellow, and even more psychedelic song. This lasts well into the second half of the almost nine minute duration until it starts building back up, only to be stopped by a sudden influx of even harsher psychedelic noises, but they don't last long and the track sort of fades away afterwards, but by no means the album. You still have four more jams on the album to keep you company, and they all go straight back to the balls out, carefree sort of rock and roll that they do so well. The album is already up for sale, so you may still have a chance to score one of the colored copies for your vinyl collection. It'll also be available digitally and on CD at the same place you order the vinyl, head on over to Heavy Psych Sounds Records.
~Skip