Rollin' Down The Line... 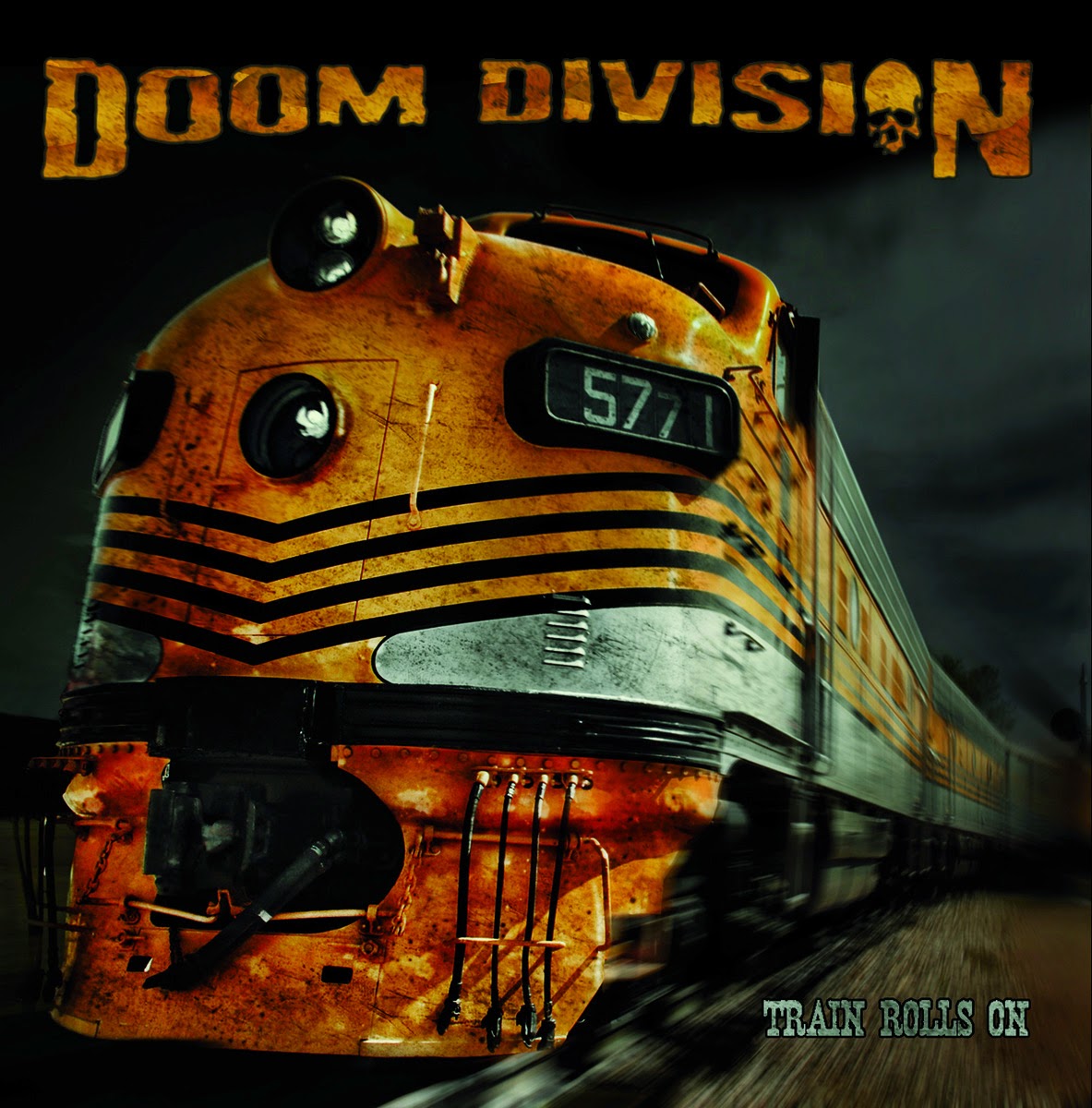 Doom Division’s first non-demo release brings to mind an image of a gang of Mad Max-style greasers who converted an auto shop into a jam room somewhere in the American South, soaked their guitar pickups in swamp water, and paid homage at the unholy altar of all that is doom and sludge.  It falls within the realm of “Southern Doom”, although their home town of Stuttgart, Germany, is nowhere close to the Southern U.S..  It doesn’t matter though as they seem to be influenced enough by the sound to get it mostly right.
The lyrical content definitely conveys a certain theme and the album title sums it up nicely.  Train Rolls On contains songs about drifting, gambling, hot rods, trains, drinkin’, prisons, and everything else David Allen Coe said would make the perfect country and western song.  The recording itself is decent, capturing the slow, low-tuned, groovy, thick sound reminiscent of bands who first slunk out of the sludge and grime of the New Orleans metal scene.  The drums punch and the guitars are surprisingly clean with minimal slop.  The vocals are an almost boring monotone scream that almost reminds you of Kirk Windstein of Crowbar, sometimes dipping into the range of guttural death metal.  It seems to work with the style though.
At times the songs run together in one big monotonous cavalcade of sound.  The tracks run long at 5 to 8 minutes and in truth aren’t quite dynamic enough to garner that length.  Track 5 does provide a twangy, country and blues, Robert Johnson-inspired instrumental break in “The Ballad of Blind Jeff Dupree”.  “Death Letter” is another instrumental track amped up with atmosphere that provides a nice wave in the overall flat album structure.  A stand-out track is “Jesus Chrysler” with a slick, slimy riff and anthem-style scream declaring “Roll! On! Jesus Chrysler!”.  It grooves and has an oddly American feel… played by Germans.
Overall the album is a solid release if you’re a fan of the genre.  It has some nice riffage and thematic lyrics, a cool band name and a wicked-looking train on the cover.  The band sounds powerful, tight and together, and although listening to the whole collection of songs is tedious, I've heard worse, way worse.
~ Brian O.