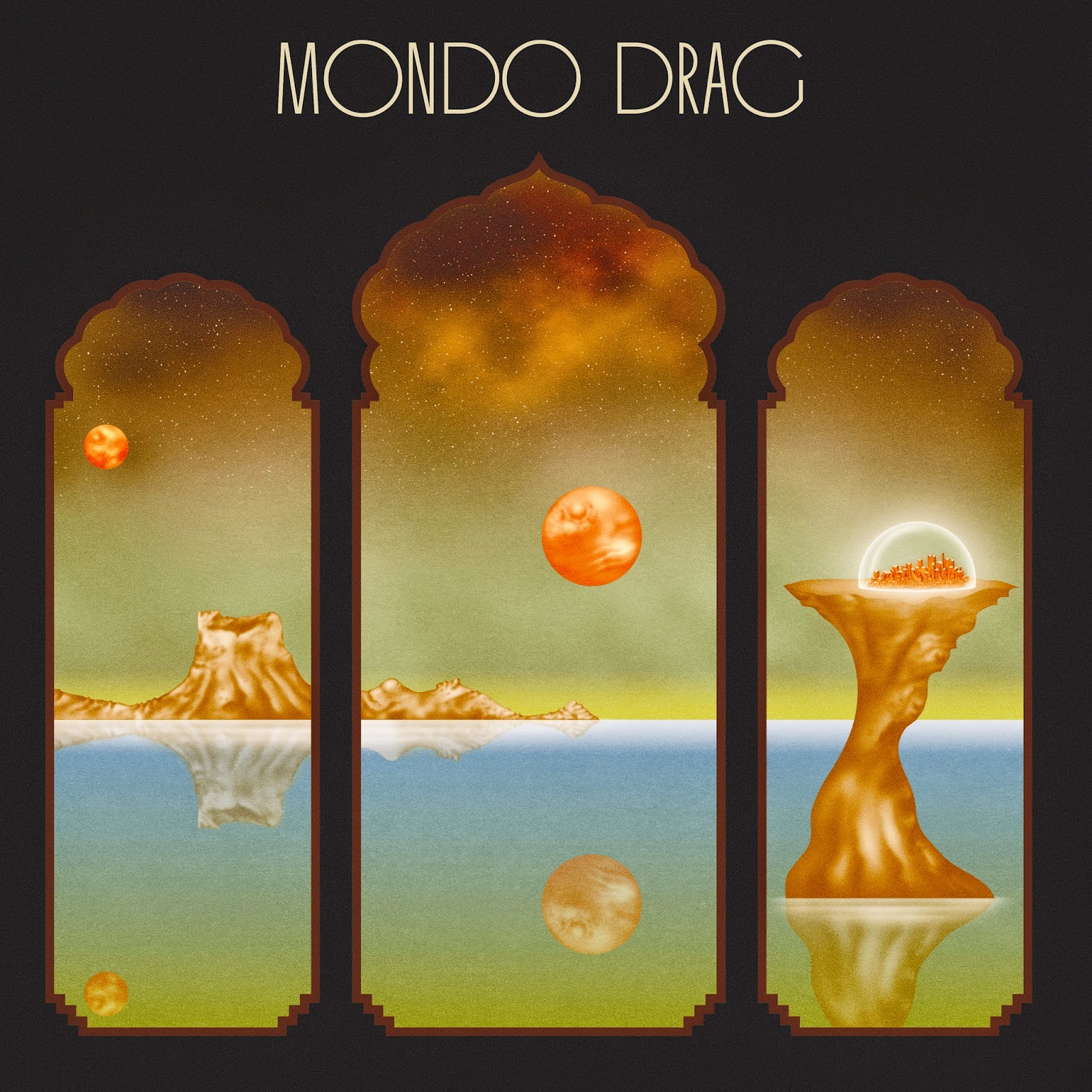 Blazing their way out of the wind-swept hills of California, Mondo Drag have returned with their third album, of which they have a high enough opinion to give it self-titled status.  That confidence is well-placed, as the group delivers a time-tunneling blend of blues and heavy psychedelic rock, unearthing juicy bedrock riffs and cutting loose with some inspired free-roaming action on guitar and keyboards.  The vocals are used just enough, and in just the right places, to give the desert-set storm of vibrant grooves a human center, keeping the band rooted to the earth through their wide-eyed trips in a way that really plays well to their rich and bluesy flavor.
Of course, every psychedelic band worth its salt can come up with some evocative song titles, and Mondo Drag succeed here as well, with names like "Shifting Sands", "Pillars of the Sky", and "Crystal Visions Open Eyes" situating and enhancing the powerful vibes provided by the music.  All the different parts, from the album's cover art to the smallest shifts in melody, tie together in a more than satisfactory fashion, and it's a lot of fun to be swept away by Mondo Drag's awesome groove capabilities.  Get yourself a copy on CD or vinyl (recently released through Kozmik Artifactz), and have yourself a good time getting lost in the depths of this excellent desert rock.
~ Gabriel