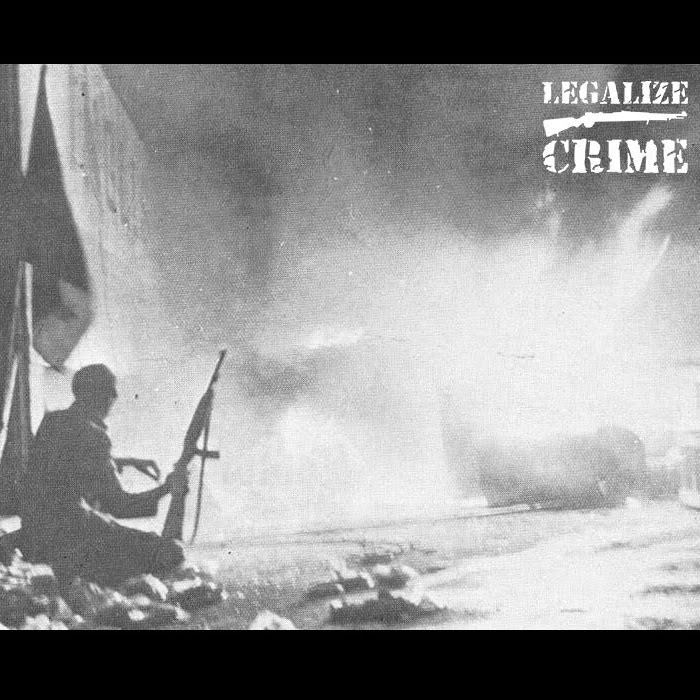 Taking their name from an EP by the EyeHateGod side-project of Outlaw Order, this Polish quartet takes their first publically-available steps into music with plenty of personality.  Song names like "50 Bags Of Cocaine" (which features a great opening sample, one at which I'd expect most of our movie-savvy readers to grin when heard) and "Doomed City" stay true to their most obvious influences, with music to match.  The low-tuned sludge poured out of their bass is cut with percussion, while the guitar (coming in just a bit higher than the bass' rich reverb) and throat-tearing vocals inject enough virulent violence to push the music up into an active state of contagion.
Most of the riffs sound as though they could have been pulled from a stained and sticky box of NOLA sludge albums, a few go more Sabbath-flavored, but the four tracks maintain a respectable level of aggression and consistent mad groove that deserves props for how well they've acquitted themselves on their first release.  Legalize Crime also deserve some recognition for just how well they've nailed that delta sludge sound despite being all the way over in Poland, though they do put enough of their own spin on it to avoid coming off as derivative.  They even throw in a quick 'n' dirty tape demo track at the end (with another time-honored sample incorporated), leaving the listener with an appropriately grimy and uneasy aftertaste.  Keep an ear out for more to come from this band, and expect to hear their name come up more and more over the next few months.
~ Gabriel