The Lords Are Back... 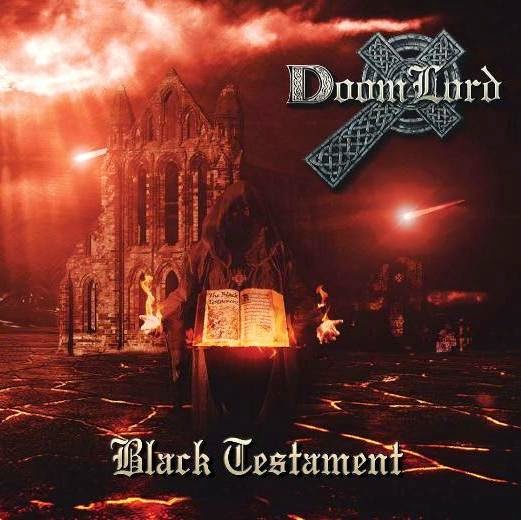 DoomLord's first full album builds from the foundation established on their split with King Heavy, expanding the sound of the band while remaining true to their love of traditional doom metal.  As part of their observance of those fundamental rituals, the songs are sizable chunks of darkened mystery, with only a couple of tracks falling below the 8-minute mark, while their titles run along the lines of "Faceless God", "Animam Possessionem" (a tribute to Evil Dead), and "Evil Rises Again".  There's also a cover of a Black Sabbath track at the end, just in case they didn't already have you well-convinced.
The album is dedicated to the group's original guitarist, Candido Olivera Novoa, who has since passed on, and for a lover of this style of music, it's quite the tribute.  All of the songs feature strong arrangement and fun, inventive riffs, and while the lyrics can be a little overwrought, that's perfectly in line with the music from which they draw their audible influences.  The energy animating the skeletal remains and dark sorcerers of DoomLord's creations is carried off with such enthusiasm that it's hard not to be won over, whether they're diving into a cranked-up instrumental rip or balefully intoning the doom that is certain to come.  There's a great balance of theatricality with flat-out rocking, and while they take the time to make some very nice atmospheric touches, they also know when to cut loose and go wild.  All in all, a very strong debut with lots of promise for the band's future, and plenty of tuneful doom to fill your ears.
~ Gabriel

For Fans Of;    Below, Candlemass, Saint Vitus, Genocide (Japan), Pilgrim


Email newsletters for bands at ReverbNation.com