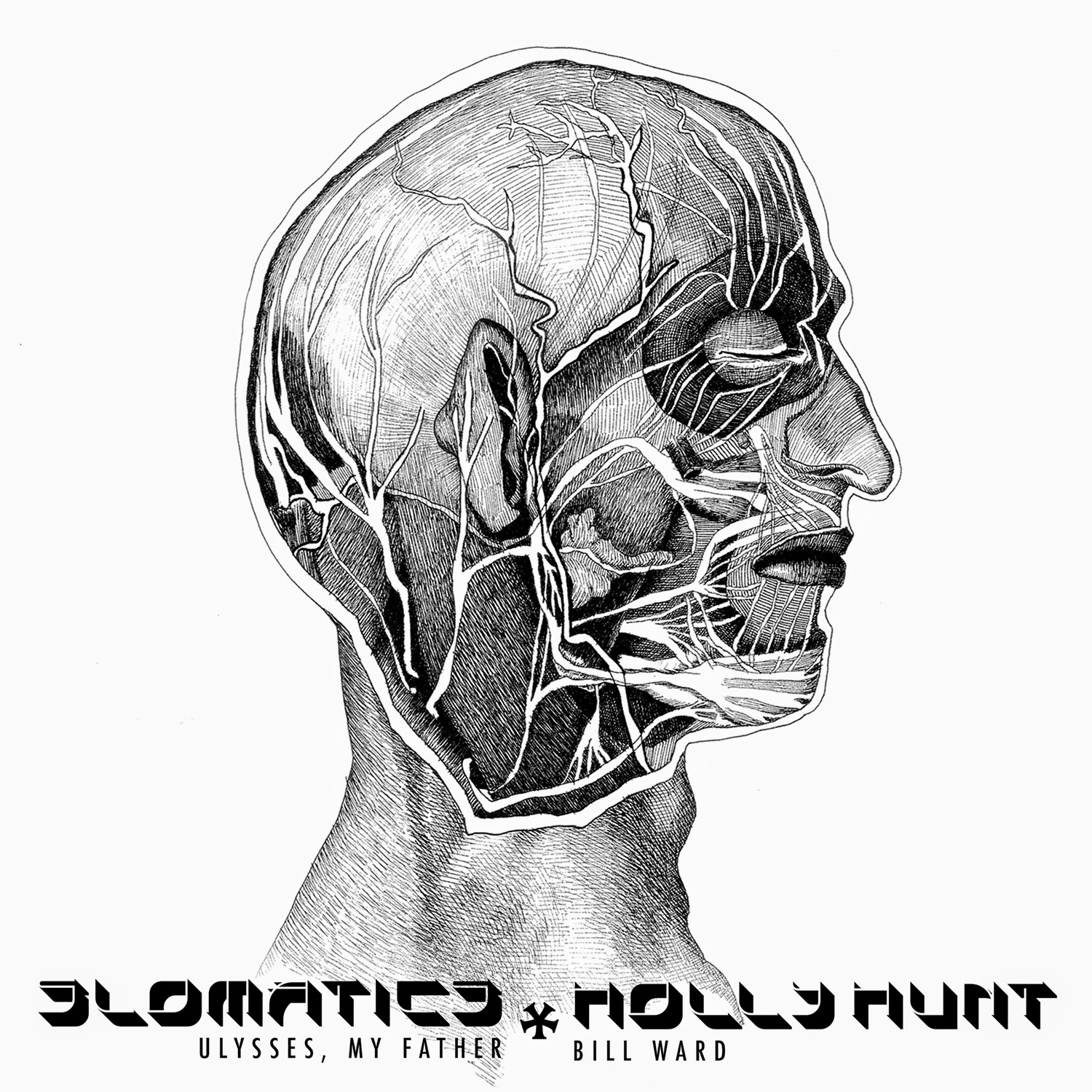 With one song apiece on this split 7", Slomatics and Holly Hunt put each other to the test in a collision between Ireland and the US.  On the A-side, Holly Hunt provide an ode to Bill Ward, letting thunderous drums and hair-raising bass deliver their modern Sabbath worship in the form of a mighty central riff.  It's pulled off with plenty of style, getting almost violent with how forcefully they pound away at the music; a hell of a song.
Slomatics' B-side, "Ulysses, My Father", heads for similar territory, plowing deep grooves with the power of their bass and drums, but with vocals arising this time around.  Though there's an echoing distance to the words, they're sung strongly enough to not get sucked under by the swampy morass of the music, which seethes with power beneath the stoner-edged attitude.  Two damn fine tracks, and well worth picking up the 7" to enjoy them for yourself.
~ Gabriel