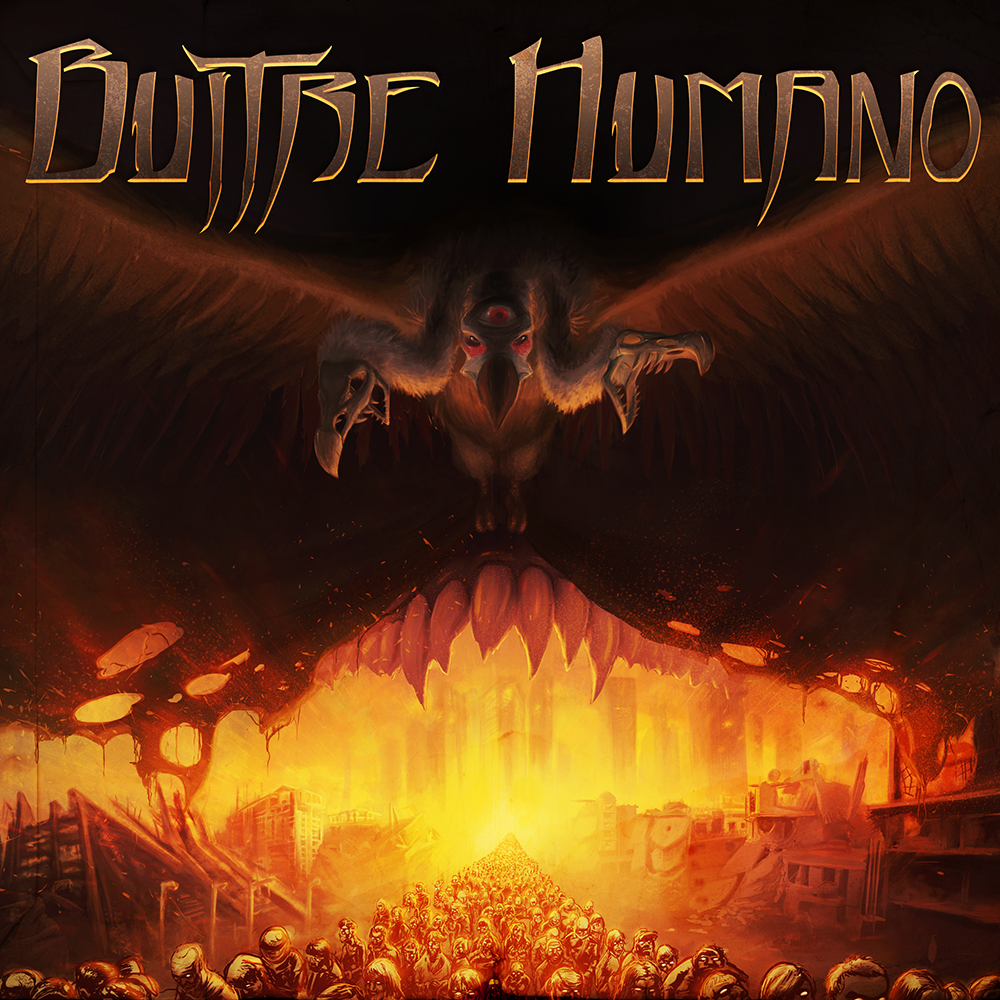 On their 5-track debut EP, this Spanish outfit provides some harder-than-usual groove rock, with blast-beats, rough vocals, and saw-tooth guitar giving things a manic edge.  The energy rarely drops, and the band's ability to maintain that level of aggression speaks well for things to come.  For now, though, they've got material which they can proudly perform at live gigs (though it raises my hair to imagine how beat the band is after one of their shows) and which effectively provides listeners with a sense of the band's personality and skill with high-speed, high-density riffage.  While my personal tastes don't have much warmth towards the death metal vocals employed here, I have to admit that it fits well with the music, leaving no room for mistakes regarding the band's essential anger.
Over the five tracks, Buitre Humano shred, thrash, stomp, and scream, going wild with their instruments, but also throwing themselves into fits of technical excitement.  It's a release that's hard not to respect for its vibrancy, and while there's a lot of death metal influence shaping the songs, they're carried off with more groove and warmth by the players than I usually expect of that style.  If you're not opposed to some death-growls and head-banging, give this band a chance, and stay tuned for further developments.
~ Gabriel