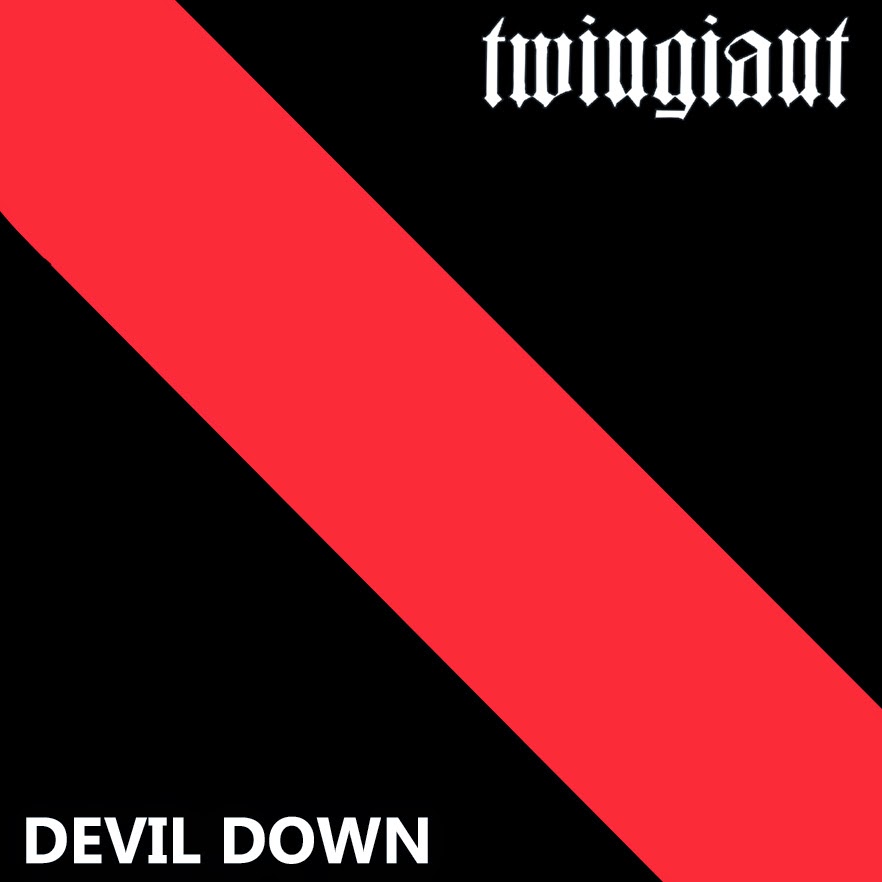 Arriving with their second full-length album, this crew of heavy rockers from Arizona have packaged half an hour of slow, deep grooves, lightly sand-blasted and heavy with the bass.  Starting off with the rolling rock of "Old Hag", the band immediately calls up an atmosphere of fuzzy-minded late-night parties thrown in quarries or similarly craggy landscapes, heated by a pit of fire.  Twingiant show such a firm handle on their ability to work a riff that it's tempting to compare them to the heavy rock legends of the '70s, but there's distinctly modern touches to it, provided most noticeably in the deep growling yell of the vocalist.  The pronounced edge of the guitar meshes with the fuzzy warmth of the bass in a very tasty fashion, playing up both mean and mellow sides to the music without compromising either, and the drummer adapts with admirable ease to everything thrown at him by their wandering minds.
The band's done a great job in packing the heat of Arizona in autumn into this new album, and I fully expect to see this popping up on Top 20 lists once we hit the end of 2015.  It's one of those albums that just gets better and better with repeated plays, until you can bob your head away to the rhythms and grooves without missing a beat, all the way through to the big finish of the title track.  The album will drop for purchase on February 7th, so set aside some cash to pick up a copy, play it for yourself, and feel the warmth melt away those winter blues.
~ Gabriel