And It Will Be Glorious 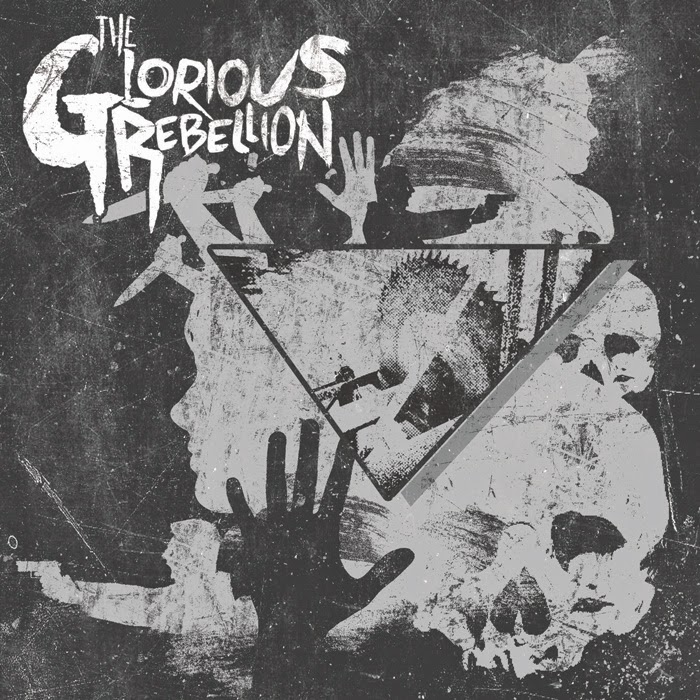 When I see certain record labels in the blog's inbox I tend to get a little excited, because I know there's usually one thing in that email I'll dig, at least. So when looking for new reviews to pick up and I came across a message from our friends over at Magnetic Eye Records, I clicked on the email before I even knew what was happening. And without fail they come through for us, this time in the form of the debut 7" from The Glorious Rebellion. This groovy, Sludge Metal bordering on Heavy Noise Rock trio from Florida, have a sort of unchecked aggressiveness in their vocals, going from grungy and melodic shouts to even louder and harsher shouts. The rest of the music is just as fitting, always keeping a strong groove in the track, but also hammering it home, hard and loud. The A side of the 7" is called "My Resume is a Suicide Note", and with a title like that, how could you not be interested? It's a barn burner from the get go, opening up with a running bass line, it doesn't take long for the rest of the band to join in and lay down a furious track that plows ahead with the vocals alternating between a loud, gritty Blues tone to shouting over the mix. The B side, "Thanks to AA, I'm the DD" is more in the same vein, the vocalist shouting loudly, this time over a sadistically sludgy mix, with a punishing riff that crushes everything standing before it. Just after the halfway mark, the track takes a new direction and launches into a melodic interlude and even almost becomes tranquil before blasting back into a rager for the outro. I'd like to think that this is similar to what Punk Rock could of been, had they decided to learned more than 3 chords and not to play like tweakers. With these two tracks down, and a good idea of the sort of heaviness we can expect from the group, I can't wait to see what a whole full length would have in store. You can pick up your own copy of this sexy vinyl release over at Magnetic Eye's Store, or if all you need are some digital tracks to make it, those can be had over on Magnetic Eye's bandcamp, or The Glorious Rebellion's bandcamp.
~Skip