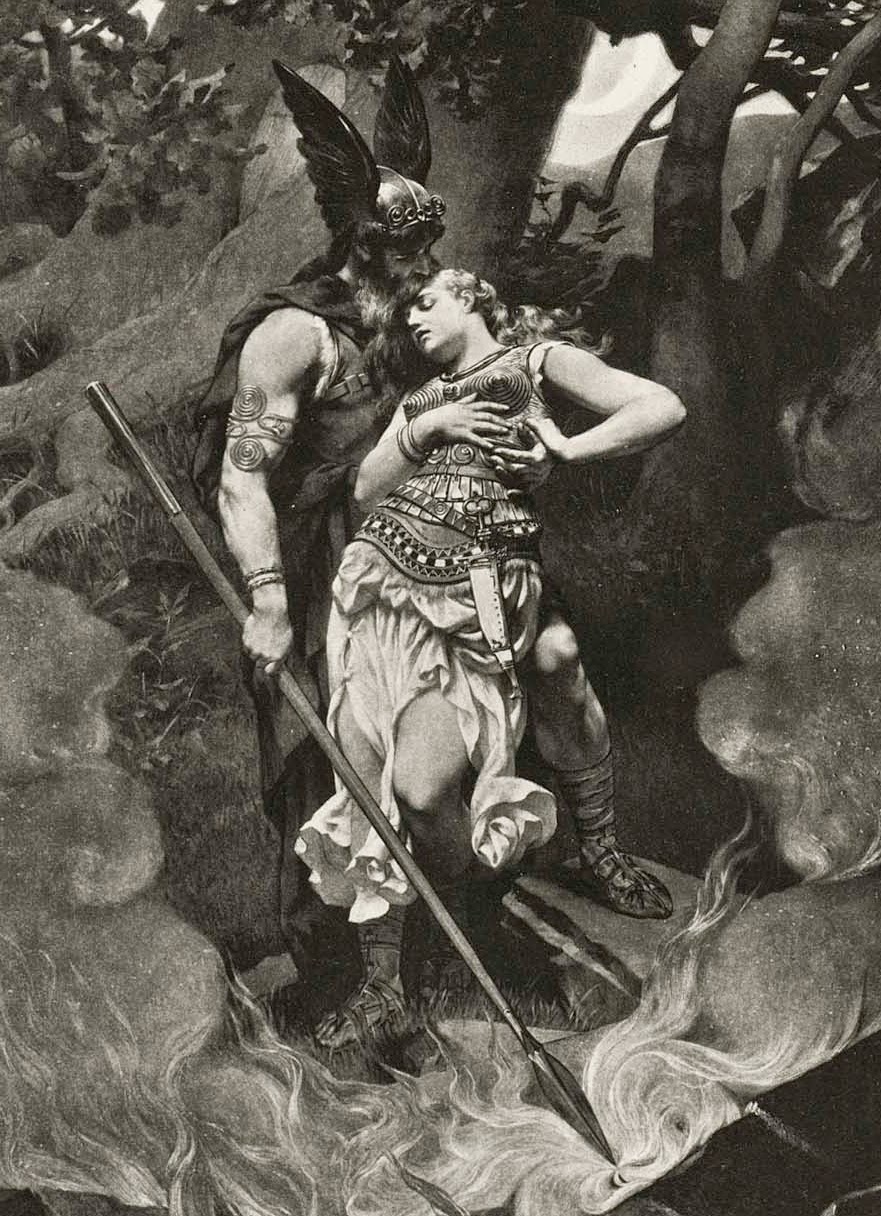 Named for a valkyrie, the debut album of one-man act From Deep Space consists of one track, “A Bard's Tale”.  With medieval flavor so strong from the start, it's a bit of a relief to find that it doesn't rely on lutes and pan-flutes for instrumentation.  While it does manifest some of the melodiousness and focus on vocals that you might expect from something drawing from ancient tales for inspiration, it's also unabashed about blending those elements with modern touches.
From Deep Space is currently based in California, and there's a fair amount of that region's distinctive and fertile desert/stoner rock evident in the song.  For one, there's the expansive and shape-shifting nature of the music, which is never content to settle down in one place for too long.   Whether it's introducing a new instrument into the proceedings, shifting into a heavier or more restrained mode, or the way the vocals are put to use, “A Bard's Tale” achieves a genuine feeling of being an epic, with enough twists and turns to draw the listener in and keep them interested in how things will all turn in the end.  And it's not an easy journey, as things happen without warning, but add to the experience in ways that, thinking back on how the song arrived there, seem only natural.
It's a real testament to the capabilities, ambition, and willingness to push himself which belong to Eli Davidson, the man behind the sound.  While his performance on all of the instruments is excellent, and while the sections in which he steps back from the microphone to focus on putting some real driving force behind them deserve loads of applause, it was his vocals that really stood out the most to me.  Managing to sound like four different people is no easy trick, and sounding natural, comfortable, and effective in each of those?  Forget it!  But Mr. Davidson actually pulls it off, reaching into territory not usually expected of stoner rock and reaping the rewards he deserves for such an effort.
Brunhilde is a damn fine debut, one which would be earning just as much kudos if it had been released by a band of any size you'd care to pick.  Whether From Deep Space remains isolated in the wilds of California, or reaches out to some similarly-minded artists for, say, a wild split or two, all indicators point towards big things following in the wake of this release.  Get yourself a copy, get familiar with it, and prepare yourself for more.
~ Gabriel