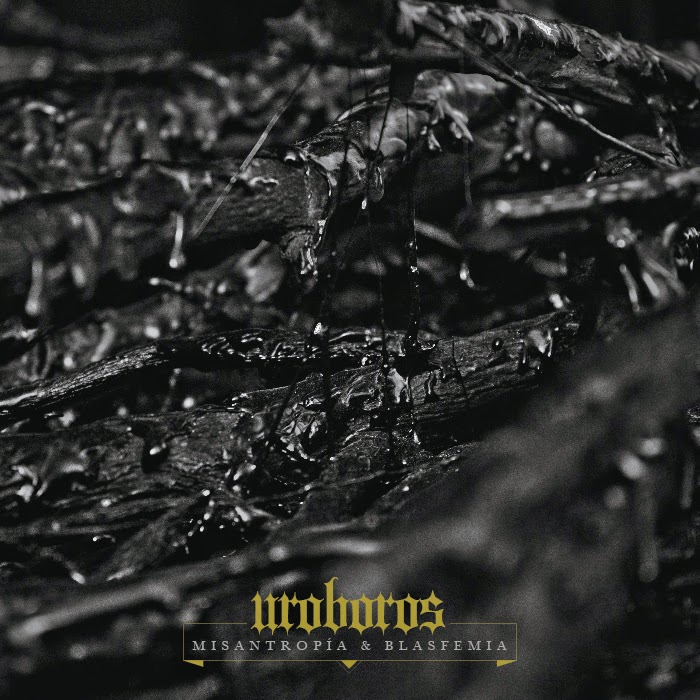 Argentinian sludge band Uroboros released Misantropía & Blasfemia about a week and a half before their follow-up, Herejía & Exilio. The titles and proximity of release dates suggest more than a little connectivity between the two EPs, and with each of them adding up to somewhere around 20 minutes of material, it's easy to imagine it as a concept album separated by force and intentional isolation of the experiences on each.
The first of the EPs begins with sludge as you usually think of it, with force and aggression pouring out of the guitar, vocals, and drums while the bass lays down some thick and nasty resonance. The group has a solid grip on the spirit of sludge, some excellently violent riffs and bridges, and a willingness to go as long or short with the song as called for by the music and mood.  In the 10-minute closing track "En Las Fauces de Uroboros", the band shows that their song-writing is sharp enough to sustain stretching out that environment into big pieces with more room for experimentation.  They also do well at having the distinct sections flow naturally into each other, with some nice juggling of rhythms and crunch.  Their material on this first release is excellent on its own, no questions about that, but it's perhaps even more exciting as the first piece of their larger works.  Basically, if you like sludge of any sort, this group is one worth checking out.
~ Gabriel