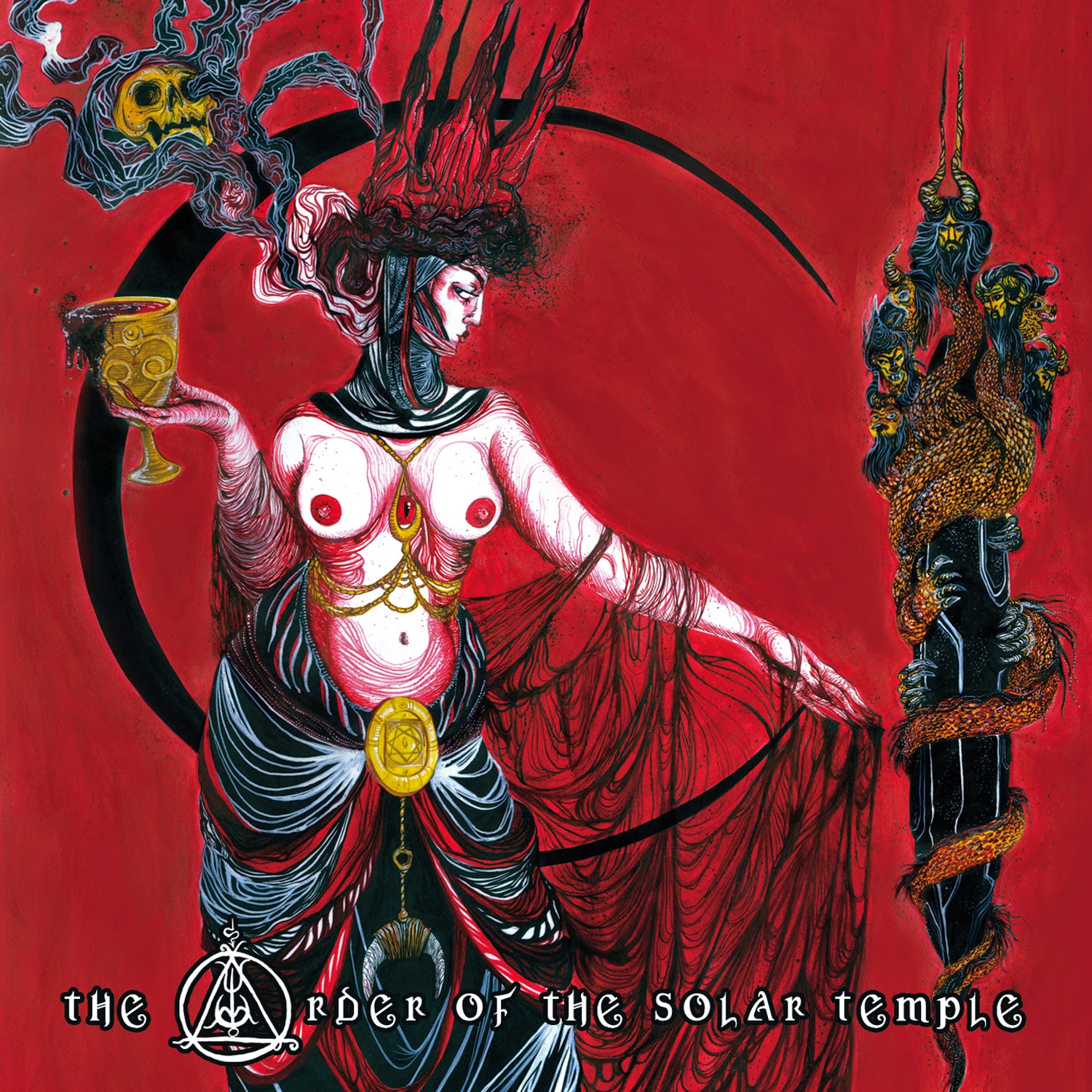 The Order Of The Solar Temple (or OST for short) have arrived with their self-titled album in a downpour of hard and heavy rock blended together. From the inclusion of a Blue Öyster Cult cover (“Dominance And Submission”) to a song named for one of Lovecraft's characters (“Jervas Dudley”), the early '80s era of heavy metal has its fingerprints all over the DNA of this album. Sounding like a group that could have shared the stage with early Saint Vitus, they aim for the sound of a bygone era, and their channeling of that spirit is impressive in its faithfulness. Of course, the hard rock element means that they occasionally drift into the more Mötley Crüe-ish side of those days, but it's done with enough moderation that, unless you're allergic to soprano vocals, it shouldn't ruffle any traditional heavy metal fan's feathers too much.
Since it's all done in good spirits (what else could you expect from an album that uses “This is the call to rock and roll!” as one of its choruses?), the high-pitched singing about graveyard sacrifices and unearthly villains goes down smoother than you might expect. It doesn't hurt that there's some real style and technical prowess behind the instruments, while the riffs they put together just call out for head-banging with a smile. OST have done a great job establishing the sound of the band, so seeing where they take it to from here will make for some interesting developments. Rock on!
~ Gabriel