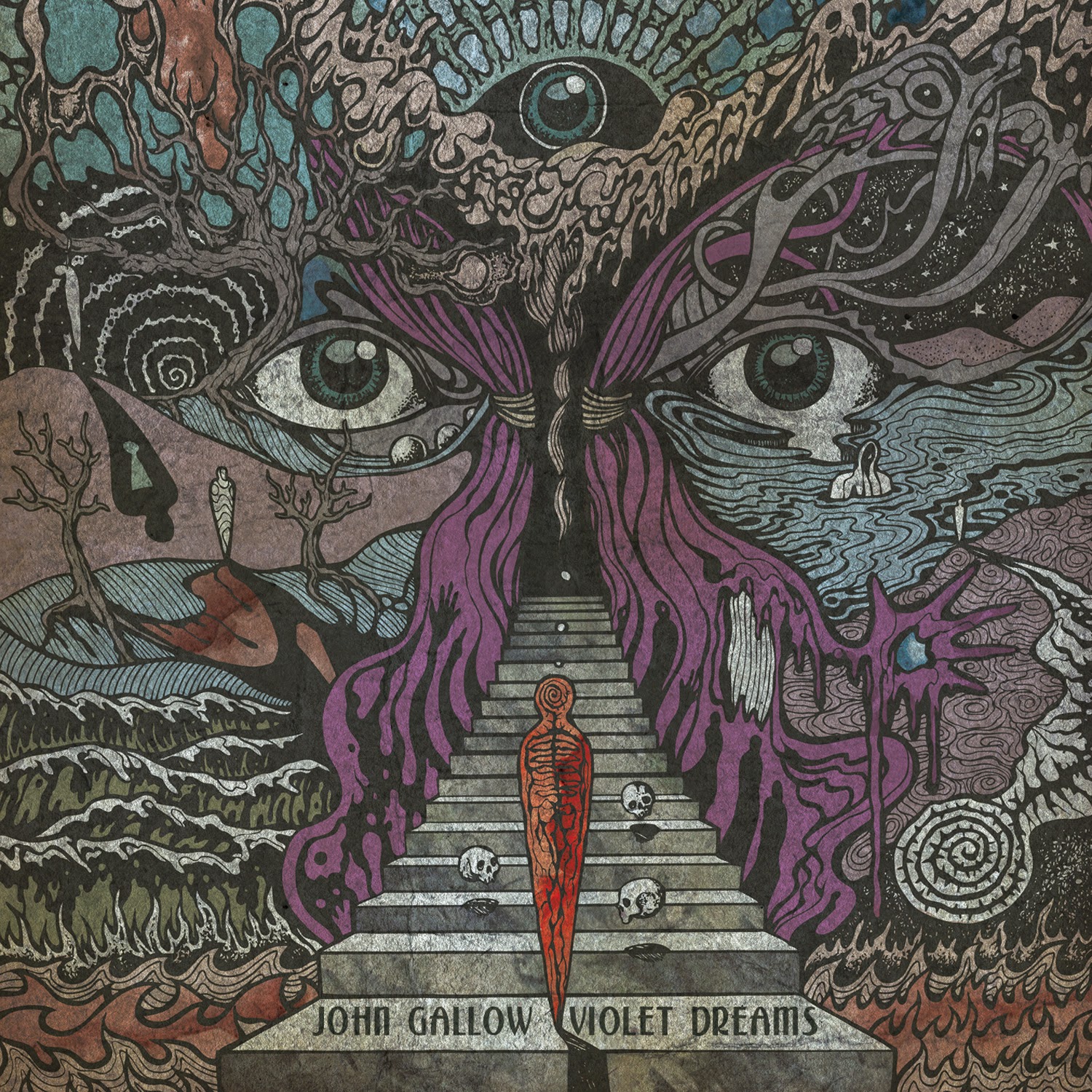 This new album from John Gallo(w) begins with a crash into big, resonant doom chords, which shift into high-power mode before the Gallow vocals glide in to guide the listener.  From there, it's a trip into death-focused doom, with some very sharp guitar skills proudly on display alongside propulsive drumming and powerful bass.  All of the music is provided by Gallow himself, allowing him to offer a finely-focused album that satisfies from song to song as well as a whole.
There's undeniably a heavy '80s doom influence, as the songs show no fear of indulging in some shredding from time to time, while the drums stand out crisp and clear in the mix.   Some other influences show their imprint, including a few space doom stretches, but it's difficult to point to anything but funeral doom as the style you should be expecting as you go into this.  And if you're a funeral doom fan who's been going a bit hungry (summer can be cruel to working up the right vibe), Violet Dreams gives you plenty to chew.
All of the songs sound rich and full, expansive without misstepping into aimlessness, and Gallow shows himself to be a whiz behind the synths, with a dab hand at assembling gloominess that keeps things moving while it sinks into despair.  All around, John Gallow does a great job of paying homage to the traditional doom architects while also providing his own flavor, and the album feels like one of those instant classics.  Violet Dreams is currently available on CD from I, Voidhanger; hopefully there'll be enough buzz around this album to justify a vinyl pressing in the near future.  Either way, you can also grab a digital copy, so you've got no real excuse not to give this a go.
~ Gabriel

For Fans Of; Below, Candlemass, Forgotten Tomb, Thergothon, Pilgrim