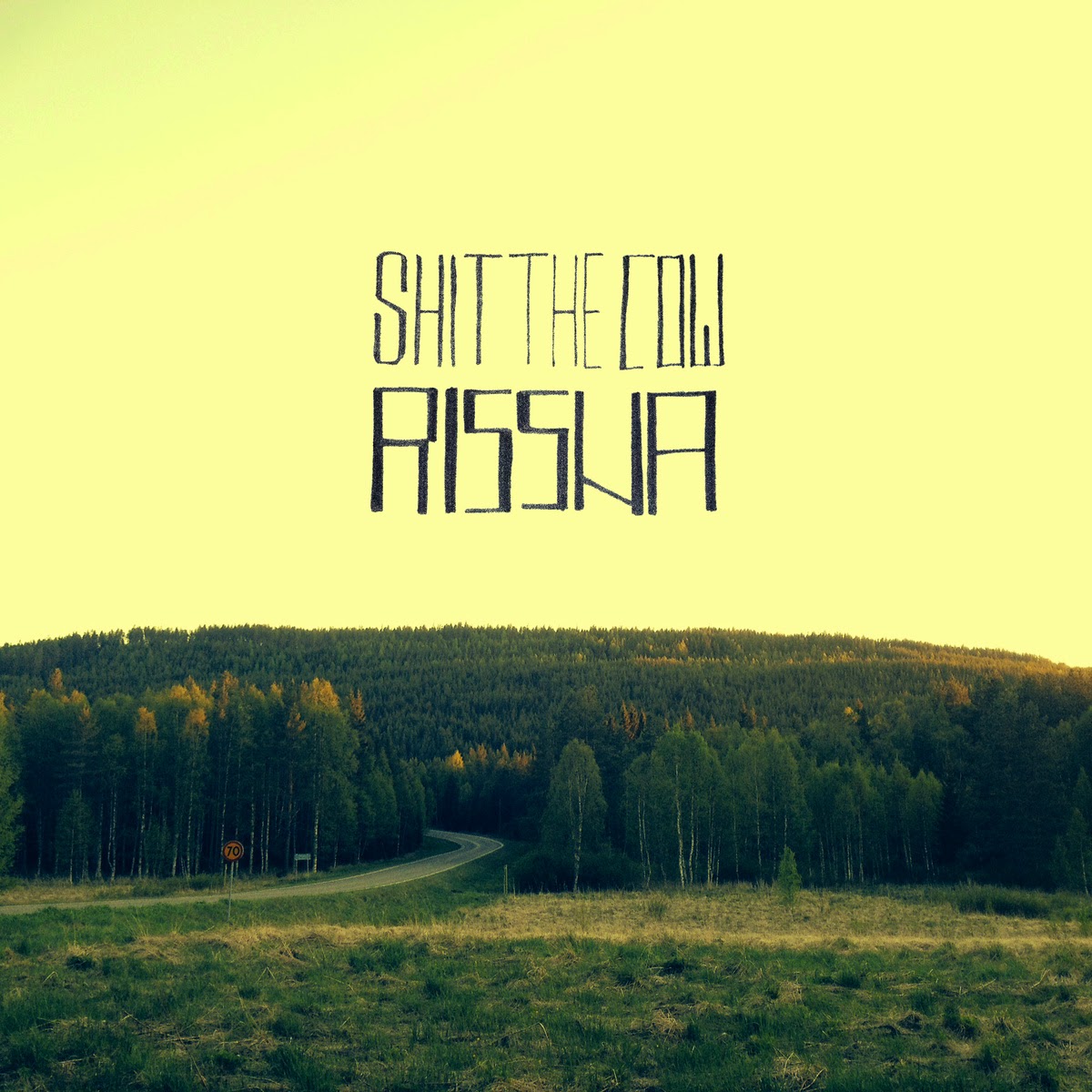 Shit the Cow are back, Jay gave us the rundown on their release from last year "Salt of the Earth". This time the self-proclaimed scrapyard rockers (or skrotrock in Swedish, which does have a ring to it) are back with "Rissna", named for a town in the north of Sweden where they go to record. Their sound is a straight forward one, they really just take the best things in Punk, Garage, and Stoner Rock and boil it down to it's rawest form, then blast it at full volume. Always ready with something catchy to suck you in, sometimes it's a chorus, a riff, sometimes it's the whole damn track. From start to finish it's five songs full of rocking drum rhythms, heavy and infectious guitar riffs, rolling bass parts that keeps everything glued together nicely. The vocalist often uses the shouted style of delivery, changing it subtly depending on the song, but it can go from an angry, anthemic Punk Rock shout, to melodic and raw vocals that harken back to the early days of Stoner Rock. My favorite song on this release is probably the closer, "Pieces of Led", it's a blast of fast and hard Stoner Rock in the vein of Fu Manchu's glory days. Opening with a fuzzy riff, it doesn't take long for the groove to kick in, with a fat and round bass line leading the way. At just under two minutes it ends way too fast, but for those two minutes you're taken in by the perfectly executed Stoner Rock track, and it doesn't loosen its' death grip until the end. They seem to excel at never painting themselves into a corner on their releases, always having something different ready to go when the song changes. It would seem that the group took the expression "variety is the spice of life" to heart, and they're absolutely right if it makes you churn out rock songs as good as these. Go check out their bandcamp, and get in on it for the small price tag of just a couple bucks. Don't forget to check out their older releases too, as they have yet to put out anything that wasn't good.
~Skip