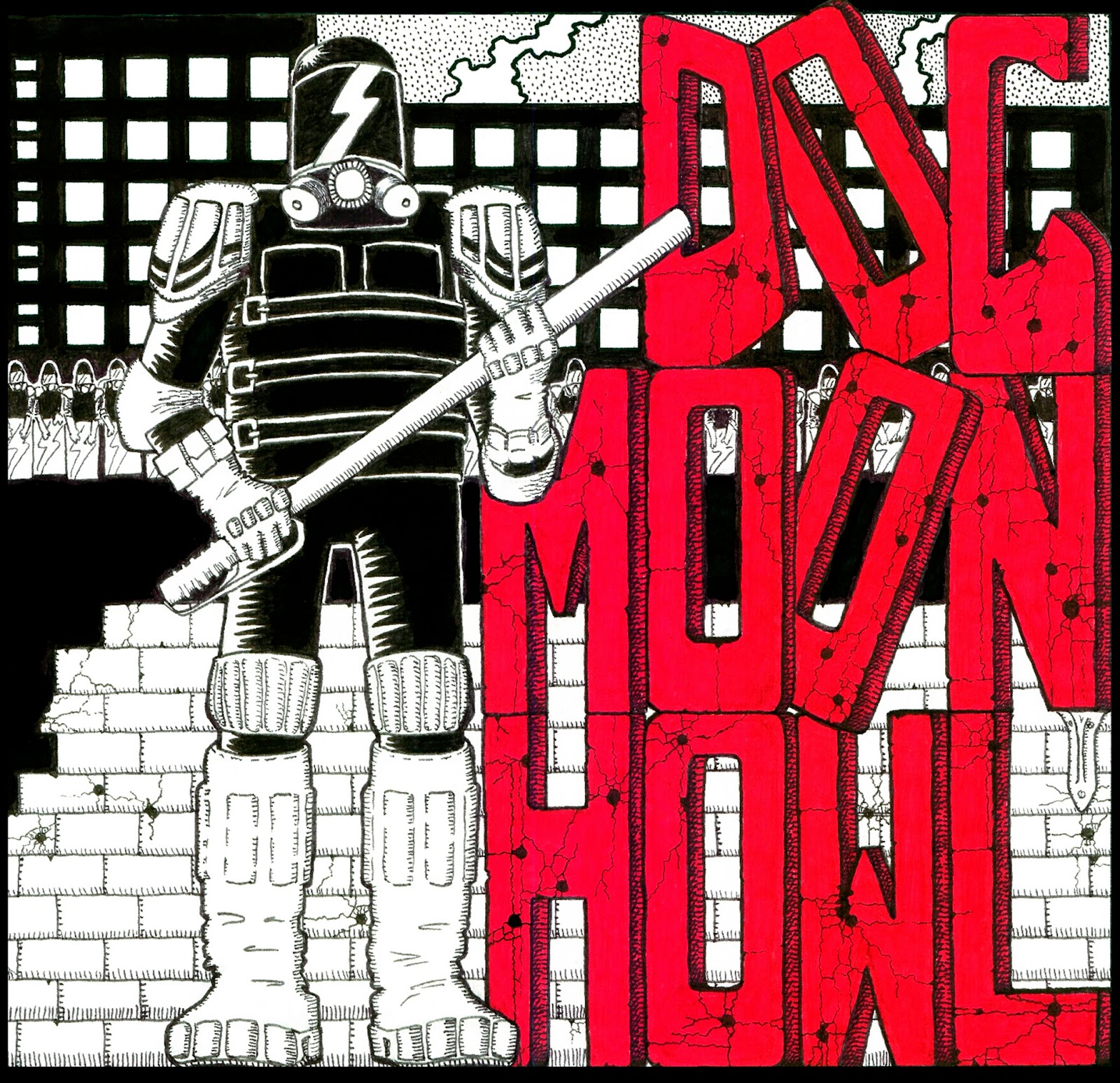 Dog Moon Howl's self-titled debut album brings the blues together with hard rock and stoner rock, and for a band which hails from Glasgow, they do a fully respectable job of emulating the Delta-region sound. Throw in some buzzy, fuzzy psychedelic guitar solos, and the band already has a distinctive sound of their own, one which I have to imagine draws in crowds at live shows like iron filings to a magnet. There's some friendliness underneath the rough surface of the music, as though the band really just wants to have a good time laying out some finely-polished songs for their audience.
There's a pleasing sense of casual familiarity between the performances of each band-member, though they've only been together for a few years so far, and as they rummage around in their bag of styles for different pieces to put together for each song, they sound natural and unforced in their synthesis. At the same time, there's an undeniable sense of the heavy rock bands of the '70s over all of the songs, with craggy guitar against melodic vocals and manly wails, while the drums just plug away with full game and just a little muffling. Though most of the songs are in the standard rock range (aside from the quick'n'dirty Motörhead-channeling of “Punching Walls”), the band also gets to preen a bit with some longer tracks on the album, like the tight grooving and Hendrix-flavored shred solo of “Lost” and the closing trip of “Your New King”, in which the band goes deep into the heavy end for their first finale.
Dog Moon Howl has put together a debut of which they can rightly be proud, as they tip their hat to their influences while building it up into something of their own. With good ears for riffs and amp settings, they're bound to go far, as long as they get the recognition they deserve. Do your part and snag a copy of their album for yourself, either in CD or download format from their BandCamp, and kick back with an album tailor-made for the hottest days of the year.
~ Gabriel