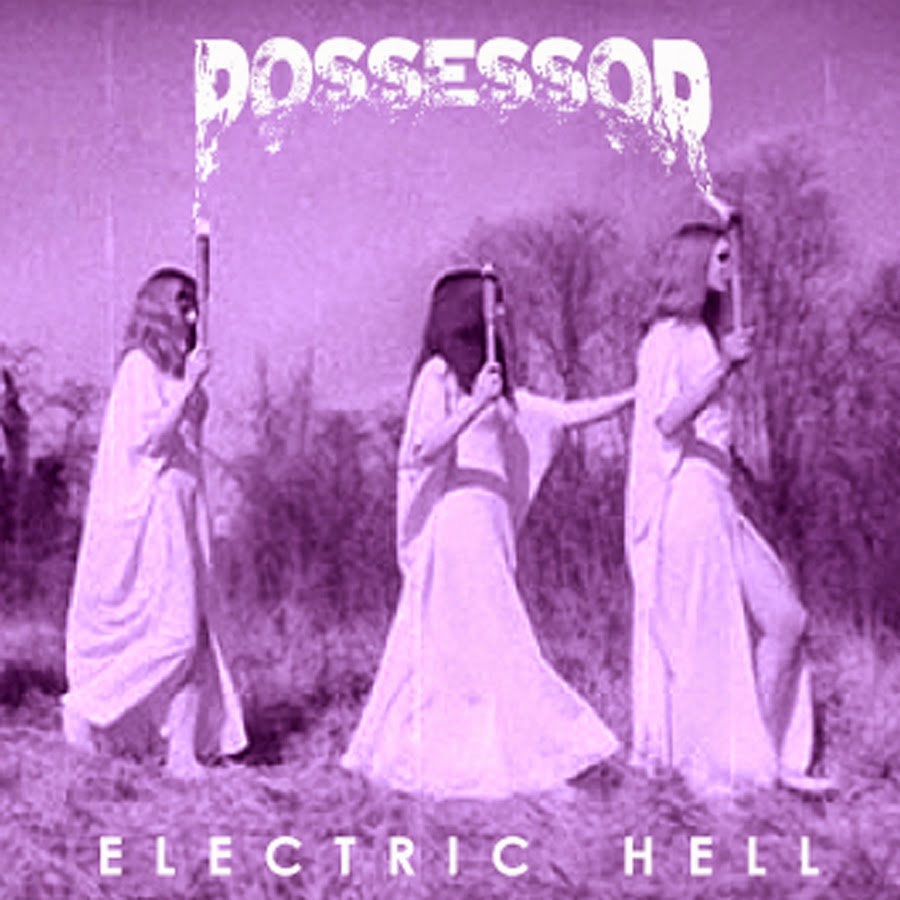 From the first blaring chords, it's apparent that Possessor have more aggression powering their music than your average doom band.  The head-yanking riffs and insistent drums combine with the high-speed velocity for a solid thrashy punch, while the fuzzed-out vocals and thick-coated bass provide a bedrock of doomy heavy metal.  Thankfully, they avoid any lapses into hardcore, and instead focus on just ripping out some songs for the head-banging fans.
Listening to the album, I found myself wondering just how intense Possessor's live shows can get, as there's a few tracks on Electric Hell that just seem tailor-made for some deadly circle pits to form and tear themselves apart.   On the other hand, they have a few songs, (like “Heavy Dreams”, found below) that let the heat die down a bit, teasing out stuff for the more low-tempo, slow-nodding to the bass pulse crowd.  And then there's the songs, like the vocal-omitting “Skeletal Form” and the title track, in which they aim for a happy medium between the two extremes.  They show themselves quite capable in each of those undertakings, so it will be interesting to see which of the styles they pursue most in their future albums.  Their willingness to go with or without vocals opens up even more options for the band, so after you've familiarized yourself with Electric Hell, keep an ear out for things to come from this promising group!
~ Gabriel