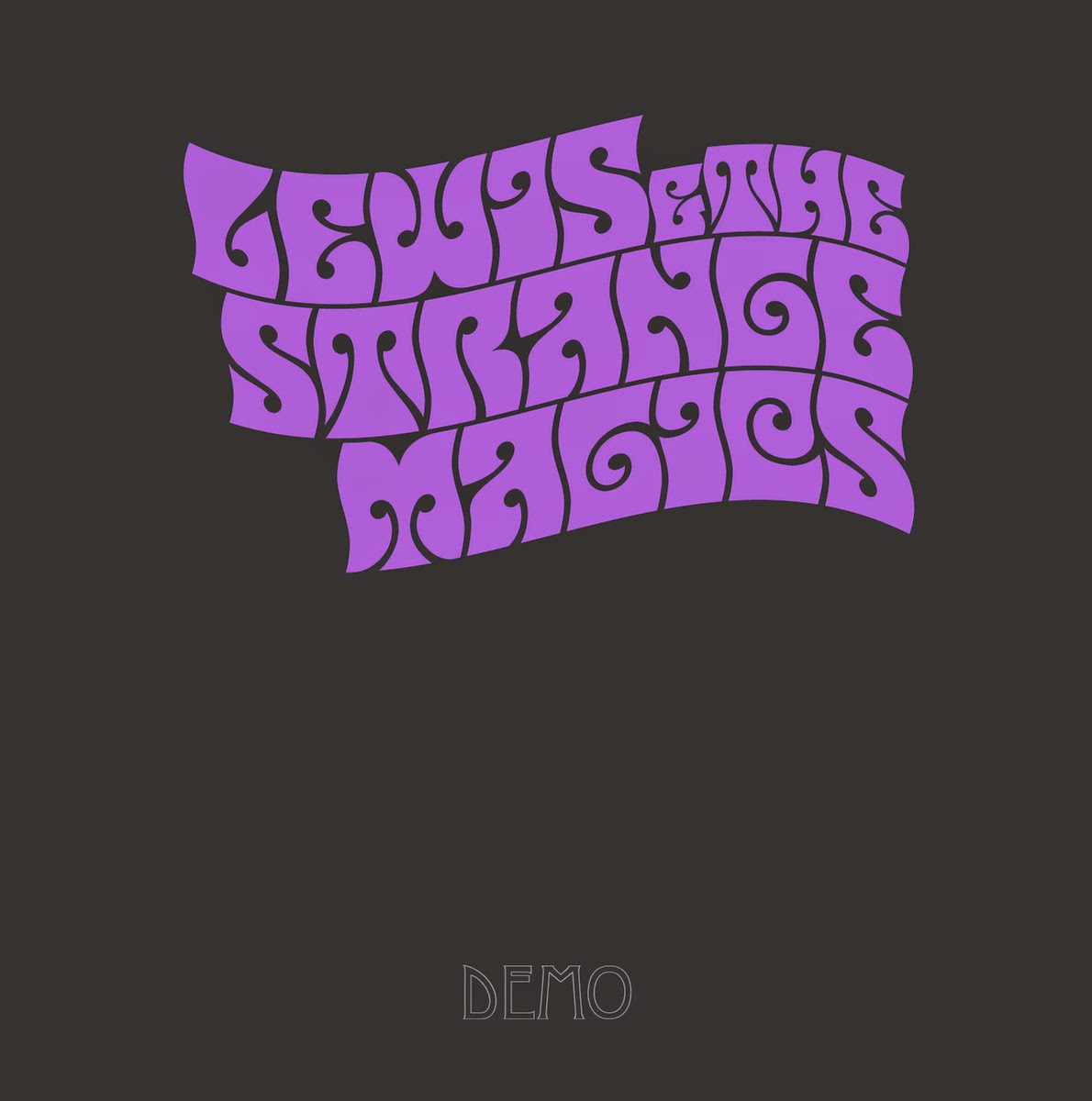 With a font like that, is there any question what this band's influences are?  New act Lewis & The Strange Magics hails from Barcelona, Spain, and on their demo release, they dish up some authentic psychedelic doom and a heart-felt homage to the bands of yesteryear.  They do this over three tracks, beginning with the darkly melodic “How To Be You”, on through the heavy groove of “Cloudy Grey Cube”, and tying up the demo with “Golden Threads”.
It's hard pin-pointing who they sound like, because as soon as I thought I might have a solid comparison, the Strange Magics would throw in a twist and send it spinning off in a new direction.  The quality performances turned in by all the members handle each of these switch-ups in easy stride, usually while keeping some red-eyed riff going; between the bass and the keyboards, they've got no shortage of hooks.  There's plenty to be enjoyed on this demo, not least of which is the anticipation of what the band will have on its next release, so check it out and have some fun.
~ Gabriel