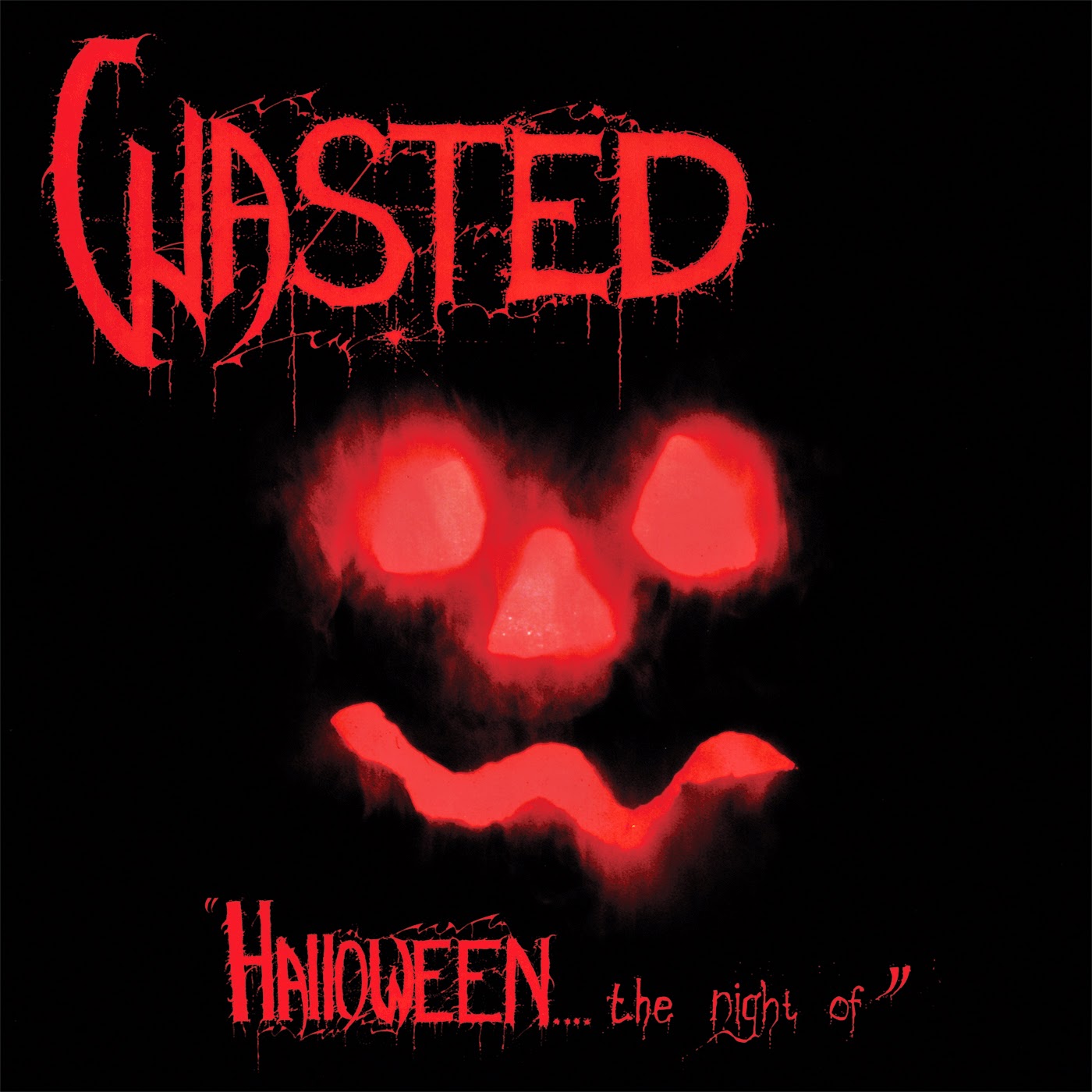 While the Danish trouble-makers of Wasted only officially released one album (that would be the one we're covering today), they had a second one mostly finished before the band disintegrated.  Both of the albums are getting put back out thanks to the efforts of Denomination Records, so we thought they deserved some coverage under our 'rare reissues' policy.
What should you expect?   Mid-'80s heavy metal tempered with doom and buzzed up with some light death thrash, guitars just looking for opportunities to shred, vocals that soar and roar along with the chords, and strong head-banging anthems.  You know, the territory that plenty of modern bands have been working so hard to recreate, but in its original state.  There's the early establishment of energy expectations in "Evil", the wild rock of "Luv 'n' Pain", demonic attacks in "Demons Re-Calling", and the big finish of "The King", which relishes in big, theatrical flourishes and pulls the album closed with a snap.
Throw in a their use of the theme from the horror movie Halloween on the title track, and it's easy to hear why this one's considered a classic, despite this somehow being the first time the album's been made available since its initial release in '84.  Count yourself lucky to have a chance at picking up a copy of your own, as you can catch one in either red or black vinyl, with a CD compilation of the two albums also available.  Record Heaven is serving as a distro for European fans, with no official North American distributor announced yet.
~ Gabriel

For Fans Of; Ozzy Osbourne, The Order Of The Solar Temple, Iron Maiden, Sarcofago, Necronomicon (Germany)