As The World Burns...

Clouds Taste Satanic - To Sleep Beyond The Earth (2014) 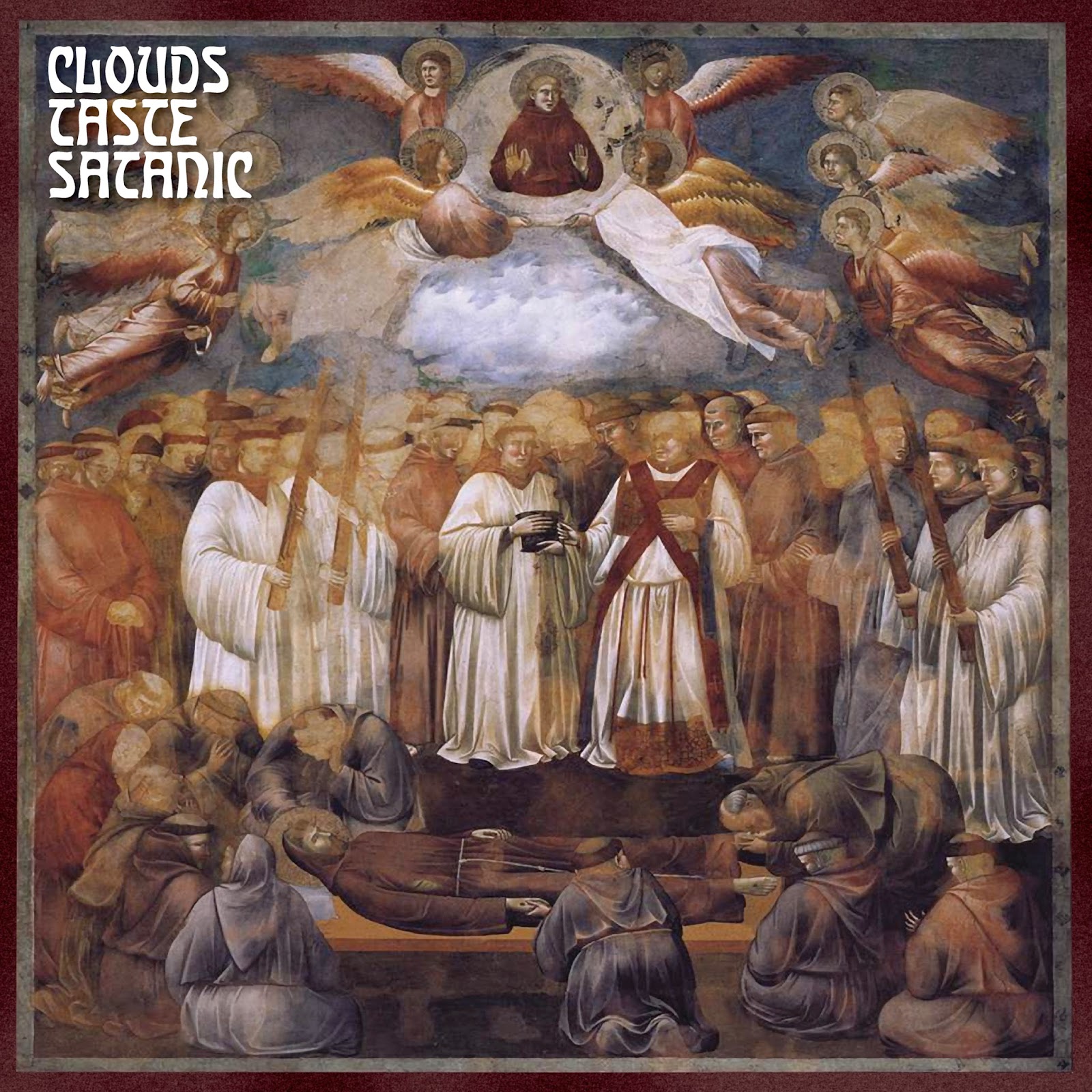 With a title that manages to name-drop two titans of king-sized doom while also being an evocative phrase in its own right, To Sleep Beyond The Earth is the first offering from Clouds Taste Satanic.  Setting aside the Flaming Lips inspiration behind the band's name to focus on the content of the album, you'll find that it follows staunchly in the blueprinting established by the vinyl/cassette issuings of Dopesmoker; one colossal song, split into pieces of a digestible size.  Parts I & II (a single track) begin things, while the pairing of III & IV wraps it up, with each of the two adding up to ~22 minutes of sound, ideal for the non-CD releases of this mammoth.
Beginning with the hum of imminent danger, slow-crashing waves of bass, guitar, and a sonorous gong soon surface, building up layers of feedback as the movement shifts into action.  If you're familiar with their named influences, you can probably guess where it goes from there.  For those who aren't, the answer is that they delve into exploring the limits of a riff, guided by massive resonance and carefully-controlled levels of feedback.   As they do so, Clouds Taste Satanic prove that they've got the chops to put this album right behind the works of their idols.  Since this is their first album, that gives you some idea of how much potential this group has in their future; it's also a potent warning that if you're even thinking of going to see this band live, you'll need some serious ear protection.
As relatively easy as it would be for a band looking to pay homage to Dopesmoker to crank up the feedback and volume in an effort to liquify people's eardrums, Clouds Taste Satanic deserve some serious recognition for the hard work they put into giving To Sleep Beyond The Earth engaging sections highlighting the melody behind the rumbling fuzz.   A lot of care went into the crafting of this music, and while it's not as languorous as The Bees Made Honey In The Lion's Skull, there are certainly times when the gentle touch on the guitar's strings brings that piece of Earth to mind.  Something that can often detract from a group's first release is the production, but all the mixing and levels found here are perfectly suited to the material, earning the band still more points.  Get ready for this one to become a monster of legend, and get yourself a copy as soon as you can.
~ Gabriel