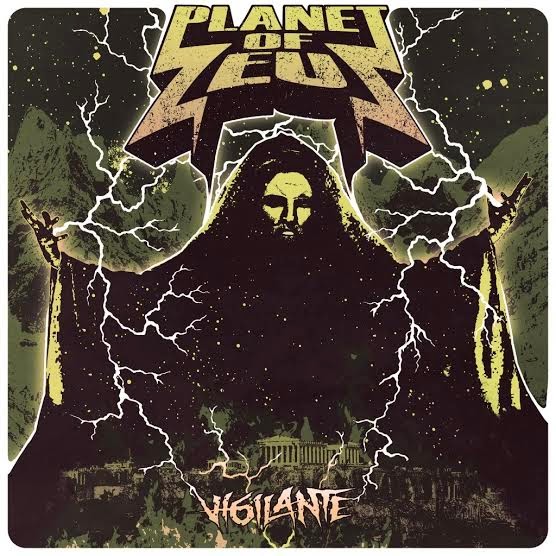 It's been awhile since our fearless leader, Jay, gave us his review of Planet of Zeus's debut full-length album "Macho Libre", about three years to be exact. Just to get us all on the same page, Planet of Zeus is a four piece Southern/Stoner Rock band that hails from Greece, like so many quality groups of similar genres. Their latest album is full of heavy and catchy riffs, swinging, "make you want to party" rhythms, all of that goodness is iced over nicely with a howling vocal performance that can go from raw and still melodic all the way to dirt road vocals with more gravel in his throat than almost anyone you've heard. While the album is full of just about all the groovy Stoner Rock that one person can take, they still manage to slip in a healthy dose of that Southern swagger that goes down so smooth, like the finest bourbon. My standout track of the album was towards the end, but "Sky High Heels" got my attention on the first spin, and never really let it go. Having a bigger hit of that Southern Rock vibe than some of the other tracks, opening up with a couple of hard drum beats, and a slightly twangy, but grooving riff it doesn't take long for the vocals to kick in, cleaner this time around with a Bluesy quality, but still organic and relatively unpolished. While the guitars are screaming, you hear the drums banging out their part, with the bass keeping up and the two of them laying down the song's bedrock flawlessly. This is one of the sleaziest, funnest tracks I've had the pleasure of listening to in a while, and it won't take long before you have to start moving once it gets going, or your girl may just end up being the one who dances to this one.
You can get in on this beast of an album on their label, I Have A Drum's bandcamp, stream it to death or shell out a few bucks for a CD and/or download, if you haven't already, you can catch up on their older releases over at their own bandcamp page.
~Skip