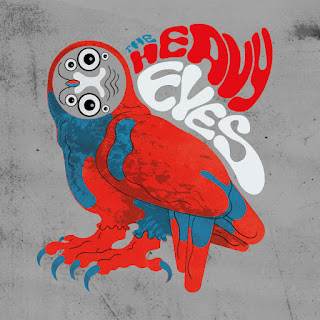 The heavy rock sound that we've come to expect from The Heavy Eyes is present and accounted for in their newest single, and preview of an upcoming album called "He Dreams of Lions". The fuzz is generous on this one, keeping with tight and swinging grooves and a melodic but not overbearing vocal presence that has always been a staple in the band's music. They seem to be embedded in the music, as opposed to just riding on top. At only two and a half minutes, the track really flies by, especially with an ear drum blistering guitar solo to end things on; those two and a half seem more like one and a half minutes by the time things wind down. The little preview isn't much more than a tease, but it should get you fired up for a new album that's in the works. And you can go grab it for absolutely nothing, and that's always a good thing.
~Skip