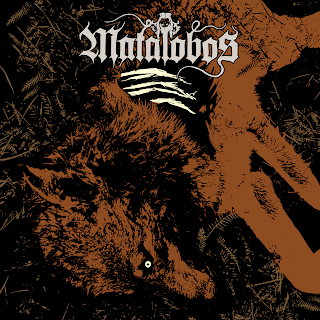 These up and comers from Mexico have just released their self-titled debut EP, and it could just be another death doom metal band. Not every death doom band are as refined in their influences as these guys. They pull out a more melodic death metal sound at times, choosing to use doom metal to bind everything together. With that being said, there's still plenty of doom to go with all the death. At just three tracks and still clocking it at around twenty three minutes, we're dealing with massive portions of darkness and heaviness each time the song changes, each on a monolith in its own right. The closer "The Immense Sea", was a textbook example of how a proper death doom song is made. Over the course of nearly nine minutes they swirl together lighter, more mellow doses of atmosphere and some melodic vocals that roll along with the current. These are always book-ended with bouts of smashing chaos, vocals being snarled out, buzzsaw guitar riffs,  like a million hell hounds chasing you down. As you get into the last couple minutes of the song things begin to taper off, and at a point becomes down right tranquil before it ends. You can grab yourself a digital copy from their bandcamp page, and it's small price to pay for something this heavy.
~Skip