Unison Research ~ S6
(£3499/$6000)
I must confess Unison Research had somewhat flown under my radar for quite some time. Well, from their 1987 conception to the beginning of 2015, truth be told. Granted, my being only 3 when they were founded does play a small part in that ignorance, but still, shame on me.

So who are they? Well, they're not exactly a household name by any means so don't feel too uninformed for not knowing. But to bring you briefly up to speed - from their early humble beginnings in Italy, they've strived to be at the forefront of the analogue hifi market in both style and substance. Despite living in the shadow of the more renowned companies such as Quad, Leak and such like they've not exactly done too badly for themselves. Having honed their research predominantly on the tube powered side of things, to date they have quite the impressive resumé of products, including quite an array of impressive solid state products to their name to boot.


But lets get back on track and talk about the amp in question... 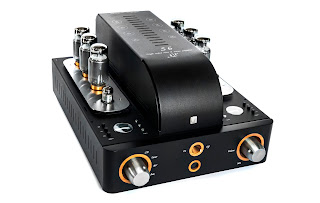 The S6 - just look at it... Valve amps are generally speaking a thing of engineering beauty by default, but few tube amps come prettier than this do they? It's not exactly hard to tell that this fine piece of kit was conceived and designed by Italians is it? It aches of simplicity yet still wields a fascinating beauty and symmetry.
Before I go too much further or declare my undying love for this thing, I should confess that this is now my personal amp of choice and currently holds pride of place in my set up. Take from that what you will. But after much deliberation, research and back-and-forth-ing I settled on this 8 tube behemoth over many, many others. I say 'behemoth', but the pictures you see don't really do the S6 that much justice in terms of its dimensions. At just shy of half a metre deep and 35cm wide, to say this was larger than your average piece of kit would be an understatement. In fact, I'd go as far as to say this is the Pavarotti of amplifiers - Italian, awe inspiring acoustically, but bloody heavy. Yes, as with all valve amps you are met with a substantial weight issue to compliment the dimensions, 25kg to be exact. But this is to be expected with all amps of this ilk and shouldn't serve as too much of a surprise. Don't panic though, if you are able to accommodate the size and weight and are committed to the forking out for the S6, spare a thought for those looking towards its big brother, the S9. Equally stunning in the looks department, the S9 is not just 7cm deeper, but wider, higher and twice, yes TWICE as heavy. A truly remarkable and awe-inspiring specimen, it is somewhat restricting when it comes to the average audiophile's space restrictions and bank balance.
So where does the S6 lie within the companies current catalog? Well, roughly speaking, slap bang in the middle. Unison Research's valve powered offerings (at time of writing) range from their Simply Italy model priced at a very modest £1,500, all the way up to their Absolute 845 which will give your bank account a coronary, to the tune of £30,000.
But the proof is ultimately in the pudding and we need to know how exactly this big beauty holds up. So allowing a 15 minute warm up, I kick off proceedings with an original 1st pressing of Electric Ladyland, and straight out of the gates you can hear just how refined and balanced the S6 truly is. As ...And The Gods Made Love opens in all its psychedelic fuzz and reverb glory, it is met with all the blissful warmth and fullness that is the only way that can faithfully do any late 60's recording justice. Baring in mind there is only a simple phono stage between turntable and amp, tonally, the S6 feels as damn near perfectly balanced as you can possibly get. The 6 EL34's really manage to delve deep and accentuate every note without sacrificing too much of the bass. But as good as Noel Redding was, this recording was always going to have its production focused on one man in particular. So despite bathing in the warm fuzzy feeling that amp serves up with the likes of Gypsy Eyes and All Along The Watch Tower I can't help but feel those deeper notes need to be put through the ringer and tested with something a little heavier. Time to bring out stoner rocks leviathan's, Electric Wizard. Let's face it, if anything was going to put the S6's bass approach through its paces, it's their 2000 release Dopethrone. Just a handful of bars into Vinium Sabbathi and you begin hear just whats lacking. Although, I should confess, I feel slightly aggrieved saying that, because I've made it sounds a whole lot worse than it realistically is, and to be quite frank, I'm making a mountain out of a molehill. But for the sake of a balanced review, I'm obliged to point out any flaws, however slight or petty they may honestly be. So there we go. Some genres feel every so slightly bright. Oh, and the remote control sensor requires a pretty straight and clear line of sight. Thats it. Thats my full list of grievances, if thats what you really want to call it. But with regards to the bass there is a solution, and here is where I pull the ace from my sleeve. While the S6's stock EL34's are entirely fine, they don't hold much of a candle to the upgraded Psvane equivalents I'm about to replace them with... and they do make a difference. Don't get me wrong, they're not about to completely reinvent the sound. They merely give everything that little bit more kick. 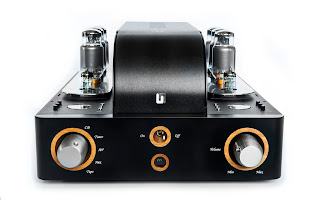 Fulfilling the true sound of the bass while not going too overboard, they act somewhat as a mid way point between the stock tubes and KT88's. The result is subtle but noticeable, leaving the bass feeling like it's been injected with that little bit more depth and power, making I, The Witchfinder that touch more bowel shuddering. No doubt, given the ideal pre and power amp matching this would barely have been the issue I've subsequently made it, but we don't all have that option when it comes to tediously testing out the synergy between our kit. But when all's said and done, as far as gripes goes it's a minor one and lord know's it's hard to look at this thing and bare a grudge. Even without the upgraded valves this thing sings, no matter what genre you throw a it, and believe me I've tried... From Björk to ZZ Top, so far it's proven impossible to significantly catch this thing out. Even coping with the delicate melody of Beethoven's Piano Sinatra No. 14 (yes, I am surprisingly cultured) or Isis's brutal harmonic assault that beats at the heart of Oceanic, nothing gives in or falls short of remarkable. There's no trading off either, the openness of the bass doesn't lead to an excessive amount of treble for example. There's no sacrifices, it's 100% guts and glory, and this shows most prevalently when I throw on Church Of Misery's seminal Houses Of The Unholy. A modern day stoner rock classic, with its roots firmly and deeply buried in an era long since past, or at least a hazy memory in our fathers minds. The early 70's tone of trippy psych coupled with the fuzz heavy riffs really push the S6 to it's limits and goes to show what the machine is truly capable of delivering... and thats nothing short of staggering.
I honestly can't find a significany fault with this amp. Right out of the box it goes above and beyond anything else I've ever had the joy to listen to. The fact that it's looks and elegance are unparalleled (at least in my mind) goes some way to wooing me over alone. Sure, you could find yourself a valve amp for a fraction of the S6's price tag, but if you do, trust me, you'll be sorely missing out. That's exactly why this machine has gained such critical acclaim for the last 4 years.