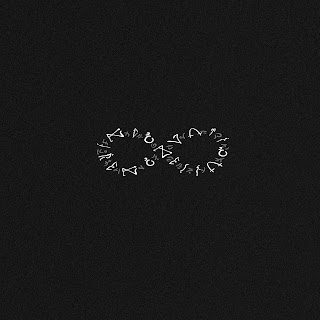 Don't be thrown off by their name, this band hails from Russia, and with a substantial catalog reaching back to 2008, they're well-practiced in the experimentation which fills this new EP.  First of the two tracks is the one from which the release takes its name, a sprawling assembly of twisting rhythms and daisy-chained noodling with high-flying vocals to complement the more grounded riffs.  Strong pushes and change-ups from the drums bolster the vivacity of the music as the guitarist shreds his finger-tips and the bassist keeps his heavy beat rolling.
The band's care for the small details of their music comes through with more emphasis on the more mechanized B-side, "Grand Dramatic Overture", which reduces the guitar's presence (at least for the first half) in favor of compressed percussion and some spacy synth-work, with a return to more straight-up rock arising towards the end.  A handful of guest musicians are credited as contributors for the vocals, keyboards, and extra guitar, as well as the less common ingredients of harp and duduk, and their presence helps give the EP much more expansiveness than would usually be expected of a 2-track release.  Solid and inventive, the EP bends the conventions of its musical influences with a cheerful wildness.
~ Gabriel