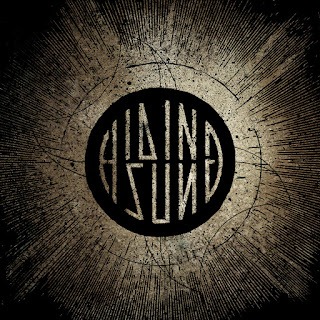 This debut from French band Hiding Sun runs as one half-hour track, dominated by bass fuzz and creeping tempos, with wide-ranged drum-work pulling it all back down to earth whenever things start to float off too far into the dark clouds coming from the pedals.  The song feels like a blend of improvisation and practiced sections, with transitions that are just as engaging as the extensive riff-riding expanding from interjected notes to full-on roars of sonic punishment.  With its kaleidoscope-like nature, the song acts as a strong show-casing for the band, hinting at all the directions they can take should they choose to start breaking things up into smaller pieces while also solidly demonstrating how they can take on huge tracks with no sweat.  An impressive start for the band, Sol Måne seems likely to gain some big buzz around the internet as people catch on, so get a jump into this big vat o'doom now to beat the rush.
~ Gabriel