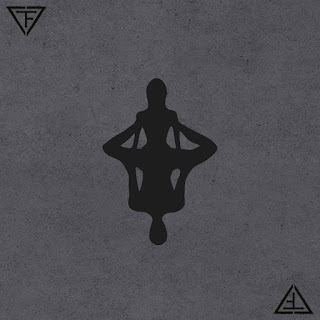 Since their first release in 2011, the Polish collective of The Freuders have put out a couple of single and an EP, but their recently-arrived first LP more than balances out their previous brevity by dropping two discs' worth of music on its listeners.  The first of these two discs is described by the band as a concept album, the second as a steady flow of improvisational outpourings.
For the first of the pair, while it may not follow the unscripted surge of its mate, there's enough off-center oddities of rhythm and motion to allow it a sense of exploration, unveiling knotty musical constructions that pull themselves inside out just to show another pattern.  Unrestrained incorporation of any stylistic elements they like gives the band a range of options that well wipes away any genre-tethering.  At the same time, touches from  can sometimes push the sound into over-sweet moments, though these come rarely enough as to not really hurt the album.
The second half starts out with a skit intro, then it's on into more abstract experimentation, psychedelic in the inventive sense, with distorted samples and slow-warping string tones fusing to the drum's many rhythms.  Chants, moans, and other vocal forms are folded into each other smoothly, riding along with the shifting nature of the songs and fading elegantly away when the instruments need to take over completely.  By the time "Final Quest" comes around to lower the curtains, complete with the reappearance of the intro's joker, the band has roamed so far that any route back is guaranteed to carry its own jolts and surprises.  An excellent first LP (or two), 7/7 is certain to put The Freuders in high esteem with anyone who takes the time to hear it in full.
~ Gabriel

For Fans Of;    King Crimson, In The Woods, Frank Zappa, Indukti, Gentle Giant