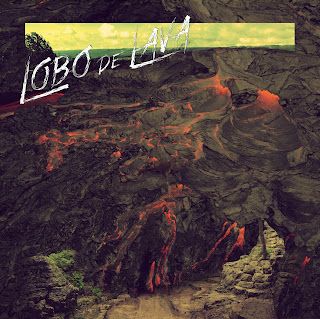 Sauntering in with plenty of firepower and attitude to match, this debut album from the Argentinian crew of Lobo de Lava takes the listener along on a trip that's sometimes spacy, sometimes gritty, and always ready to head for new horizons.  Fusing together pieces to make a blues/heavy/psychedelic/desert/stoner rock monster, the band creates an excellent atmosphere that takes several turns within each song while holding on to the beautifully-handled melodies.  Lobo de Lava's decision to omit vocals from their strange brew works to their advantage, with the songs hitting on a powerful push of momentum and inventiveness that the most imaginative of singers would be gasping to match.
Going into specifics for individual songs is a tough nut to crack, as they all have mighty riffs and too many twists to do justice in words.  Hopefully you'll enjoy the streaming track we've included enough to check out the rest of the album, and appreciate this band's wide range of power through your own sensibilities, wherever your rock music tastes may fall.  Damn good stuff, another early pick for this year's Top 20.
~ Gabriel