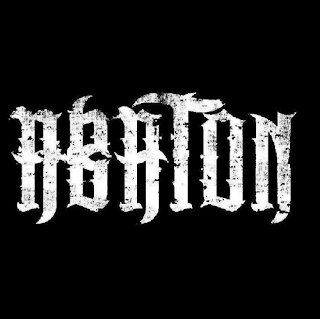 The long-in-the-making follow-up to 2011's Hecate is finally nearing release, and the band was kind enough to provide us with an advance copy of what they're planning to unleash on the world towards the end of September.  Whether you're already familiar with the Italian band or this marks your first time hearing of them, go ahead and start anticipating this album's release, because it's got something for just about every type of metal fan.  Death-driven drumming and clawing guitar chords, sludgy storms of high-interference amping, doomed-out stretches of melancholy reflection, and a blackened sizzle to the more vicious moments come together with damn strong unity.
We Are Certainly Not Made Of Flesh is one of those albums that gets its hooks into you with the first listen, and pulls them deeper and tighter each time you revisit it.  Allowing Abaton to guide you through the labyrinthine twists of the darkness they've put together is something you have to kind of surrender yourself to, as getting too attached to any one of the styles they put to use comes with sharp punishment.  Once you can hand over control, though, you'll be amply rewarded with sludgy deathly doomy metal 'til you can't take it anymore.  The band has not yet announced the formats on which they intend to release WACNMOF, but however it arrives, you'll want to get your hands on this one.
~ Gabriel