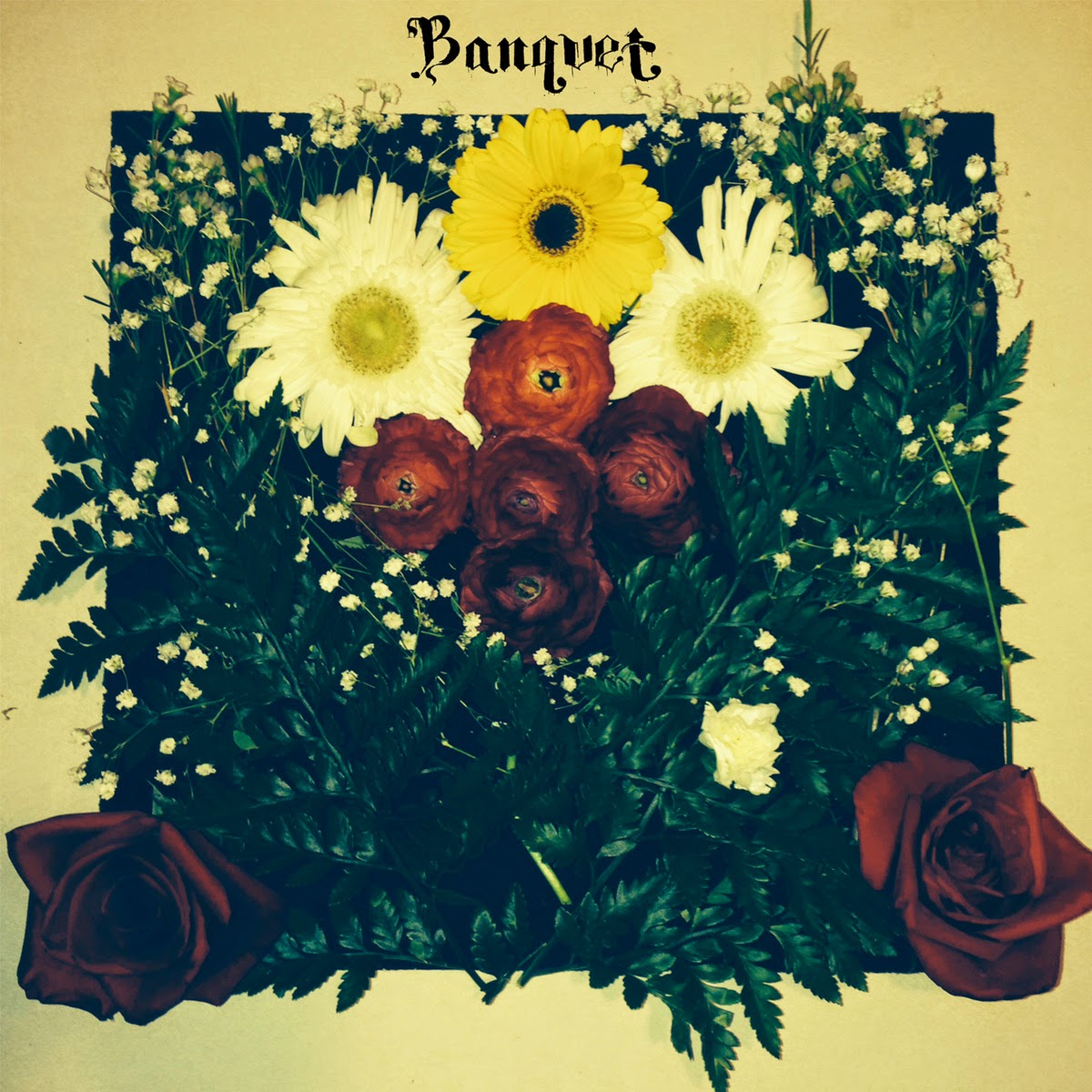 The first release from San Fran-based Banquet is a doozy, bleeding together late-'70s grooves with today's sort of stoner rock sensibilities to get songs that roll casually along until it gives a lurch right into hard-riding terrain.  The guitar slips around from sharp and shredded to loose and bleary, catching the edge of the drummer's hardest knocks and tearing loose from there as the bass plugs along gamely.  Meanwhile, the vocals go right for the '70s jugular, bursting forth with enough raucous energy to get the lighters in the crowd raised into the air.
They're not exactly revolutionizing heavy rock yet, but as a first release, it definitely puts the band down as one on which to keep an ear.  There's heart, they're pushing themselves hard, and the jammier moments of the two songs show a cool liquidity of interplay between the members, one which I can already imagine going into service on some ~8-minute monster.  There's shirts to be had on the band's BC page, or you can jump on a copy of the 7" over at Who Can You Trust? Records, so keep sharp for further Banquet.
~ Gabriel

Email ThisBlogThis!Share to TwitterShare to FacebookShare to Pinterest
Labels: Banquet, Heavy Rock, USA, Who Can You Trust? Records