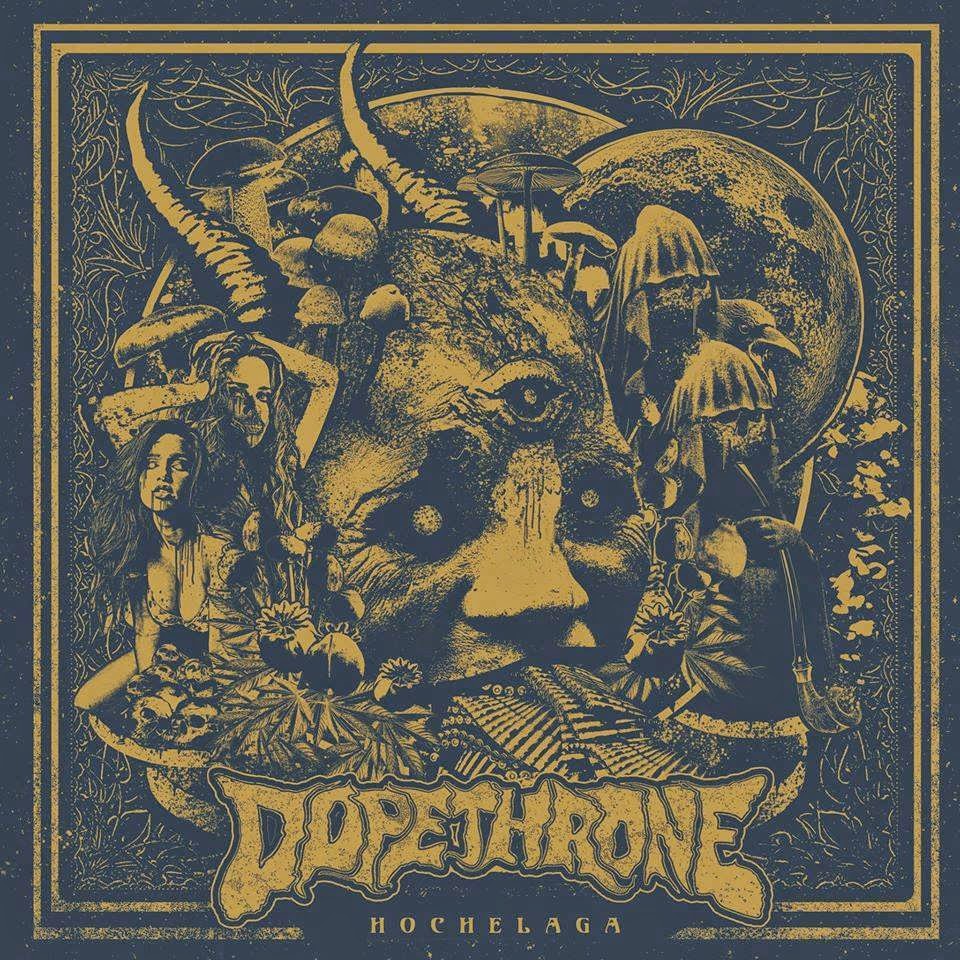 The gargantuan stoner doom riffs that Canda's Dopethrone are known for are back with this, their third full length album, "Hochelaga". Just released yesterday, it's their first full length since 2012. "Hochelaga" is classic Dopethrone, and they're just as good as ever at what they do. And if you've never heard these guys, this is as good a place to start as any, just be prepared for the uncontrollable urge to generally cause hell after listening. Full of smothering riffs, and littered with audio samples like so many dirty syringes on a dope house floor, the album launches with the aptly titled "Sludgekicker". I say aptly titled because it's one hell of a gnarly track, opening up with one of those audio samples I just mentioned followed by a guitar intro, with the bass and drums falling in shortly after, successfully turning your bones to dust when listening at high enough volume. When all three of these come together, you end up with a roaring monster locked in your sub-woofer, a snarling speaker that's all but oozing guitar riffs, and a wild-man growling over it all about drugs, booze, and death. Although this beautifully disgusting piece of sludge metal only lasts about four minutes, it's just the first of seven crushing tracks that make up the album. While all the vinyl was already sold out by the time I wrote this, there are still CDs for sale from Totem Cat Records, or grab a digital copy off of Dopethrone's bandcamp for the low, low price of $6.66US.
~Skip