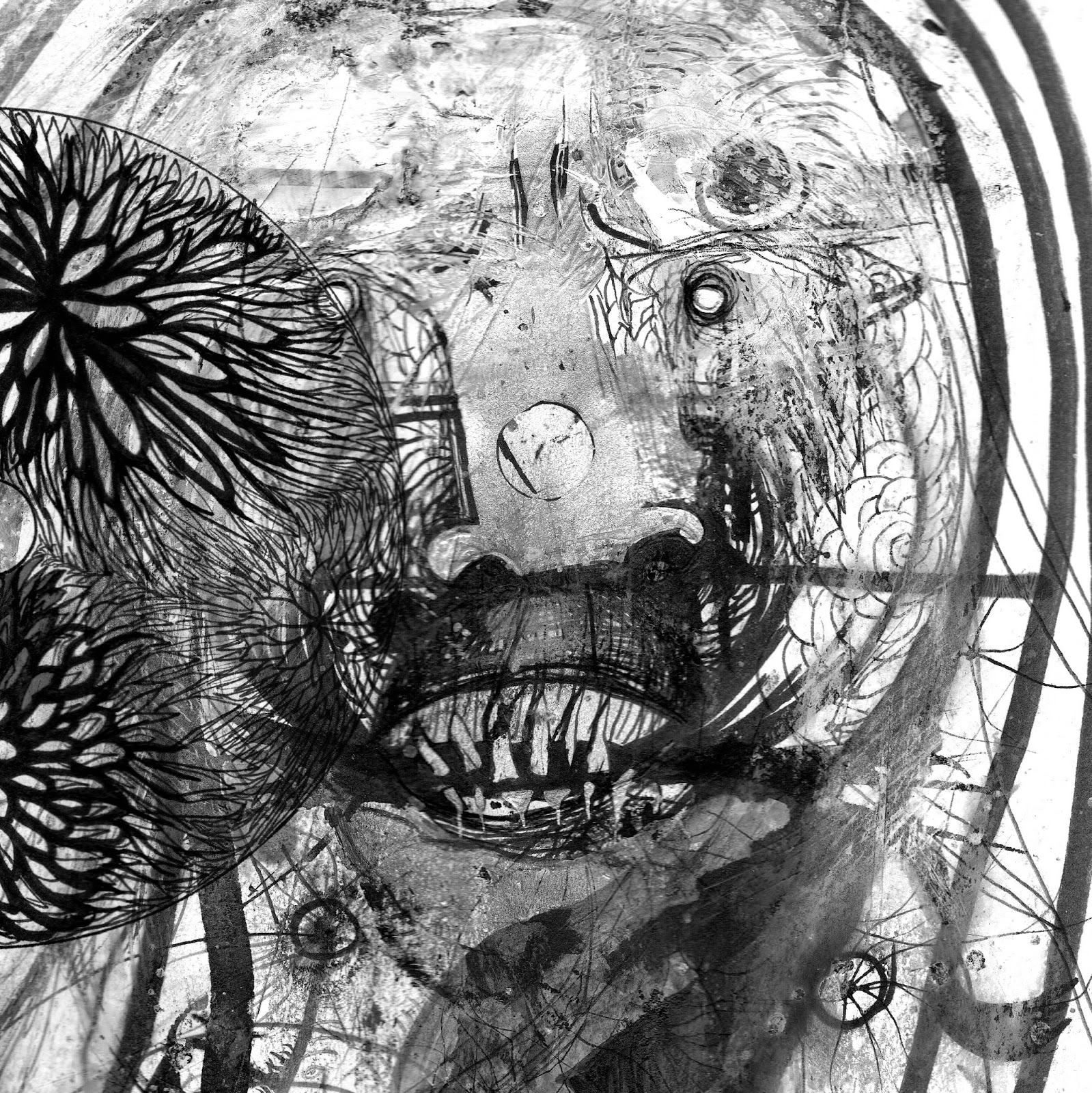 Despite having been active for just a few short years, Sonance have already built up an impressive catalog, thanks to keeping quality recordings of their live performances.  Blackflower is their second full-length (following 2012's Like Ghosts), and also their first for the imprint/sister label of Holy Roar Records, newly-established Truthseeker Music.
The album begins with its longest track, "Belgium / Blackflower", building a slow and brooding atmosphere out of strings, drums, and synths, and growing more claustrophobic with each passing minute.  Harshness cracks open the calm without warning, slipping the music into a caustic sea of growls and sludgy guitar to deliver on its implicit threats, then drifting along on the reverb and feedback until the aggression overtakes it again.  It's a bold and potent opening move, but the band pulls it off well, setting up the rest of the album with options of calm or violent continuance.  Sonance strikes a balance between the two, with some sections being almost symphonic, and others delving whole-heartedly into the sludge.  As they do so, the band shows off its capabilities in a wide spectrum of performance stylings, simultaneously suggesting that they still have plenty of surprises stored away for another day.
~ Gabriel

For Fans Of;    Crowhurst, Fvnerals, The Sleer, Jesu, Sarin