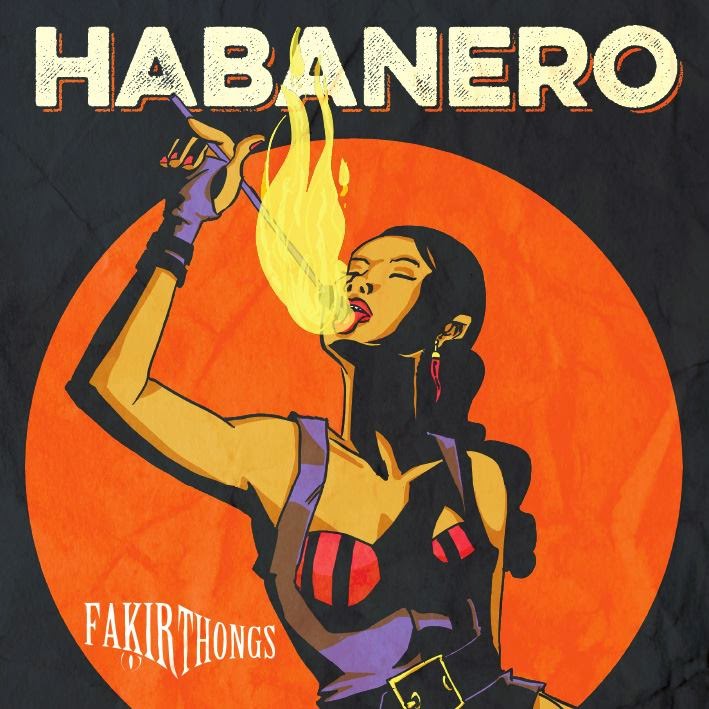 With two EPs released in the past couple of years, Fakir Thongs have stepped up to deliver a full album, and as the group gets down with their heavy rock grooves, it's clear that the practice they've put in is paying off in spades.  Not satisfied to stick with the basic blend of bass, fuzz, and '70s-rock vocals (though all of those are there, don't worry), the band also packs in some intricate rhythms, energetic shifts and break-downs, while their grooves always have some twist laying in wait to draw them up into the next one.
The proggy flavor comes through with more clarity on some tracks, such as "Seven" (which is seven minutes long, naturally), but the band's care with their song-writing is one of the album's most consistent strengths; to my ears, it never felt as though they were taking the listener's attention for granted, but that they were fighting tooth and nail to earn it.  As long as they keep up that ambitious fire, keep cooking their tracks all the way, and give the occasional tour to let people enjoy them au naturale, Fakir Thongs will be well on their way to being a main-stay of the heavy rock realm.  They're currently in the middle of touring, so if you happen to be in the Italian region, don't miss a chance to see this band live!
~ Gabriel