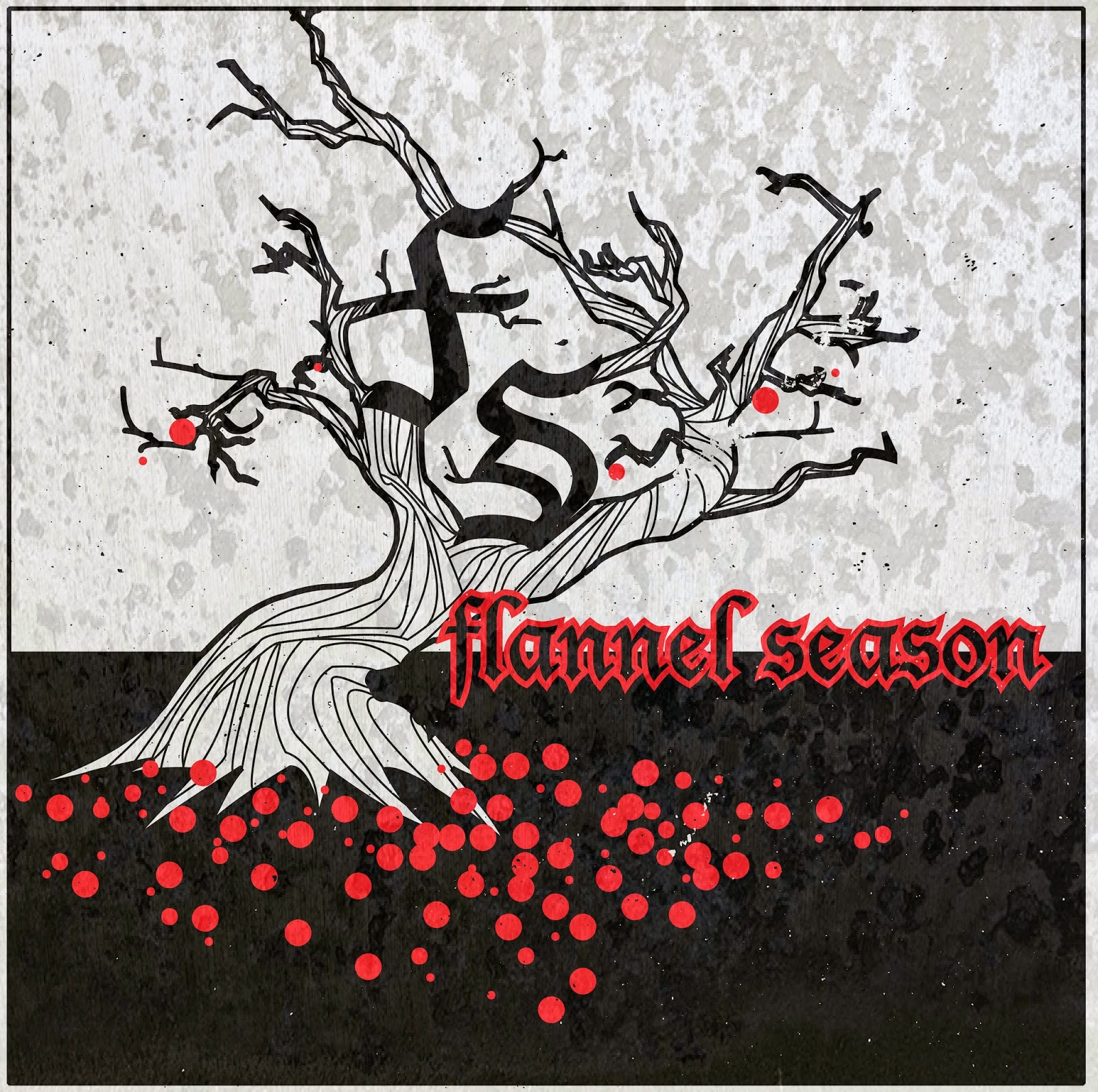 Though they began as a straight-forward grunge band, Flannel Season's first studio-recorded release shows the group taking an interest in heavier sounds and lyrical material with more occult flavor than your average grungers.  They've mined that warm but sharp fuzz-tone from the more psychedelically-inspired type of mid-'90s alternative for the guitars, brought in a toasty effect for the bass (which goes well with the early heavy metal aspects which really come alive in "Autumn Song"), and the two mesh really well while the drummer keeps his side of things cool and commanding.  3/4 of the members handle the vocals, and in another nice touch from the band for this release, each gets their own track to command as the lead, with "Iowaska" making for a well-worked semi-jammy instrumental to round things out.
There's a good sense of character to the band, as despite pulling a whole lot of inspiration from the great heavy rock acts of the past, they put enough twists and cinches on their interplay and delivery to stand out.  It helps that they seem to genuinely be having a good time in the studio, making even their slowest moments move along with some spark going under the weight.  There's CD copies of the EP available at CDBaby (and iTunes serves the digital version), and the band has shows coming up in June, so get your ears on this stuff if heavy/desert/grunge/stoner rock is to your tastes in any way.
~ Gabriel