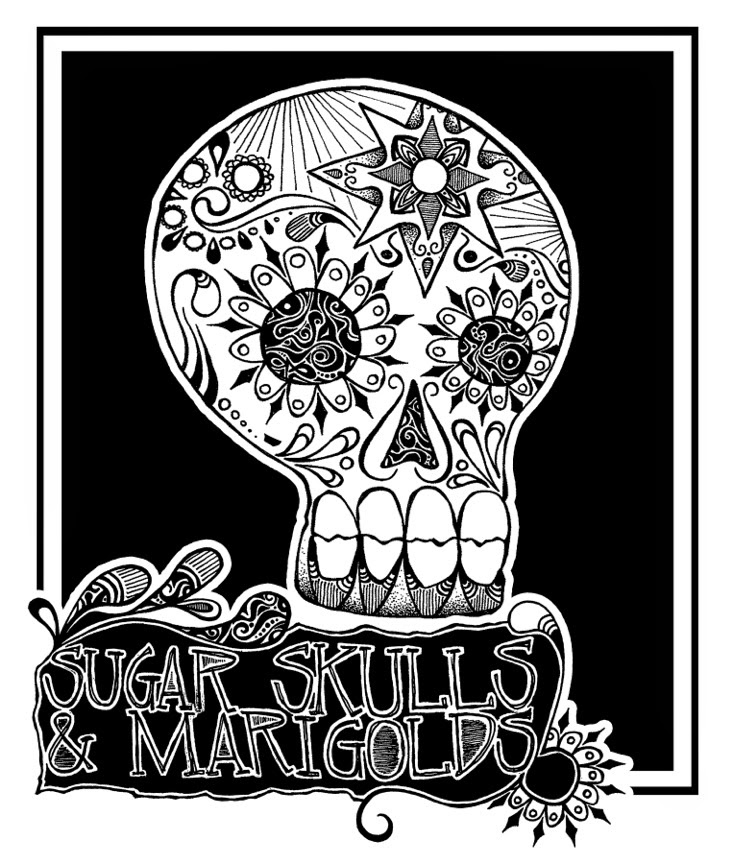 Though Sugar Skulls & Marigolds come from Colorado, they've switched out the drug usually associated with that state for another on this, their debut EP.  First of the three tracks is the one which gives the EP its name, "Coked Out Bunnies", opening things up with an energetic stoner rock blast of guitar and drums leading into noodly and slamming territory, sans vocals.  "Sludgehammer!" picks up from there, with the energy level remaining high as more psychedelically-inclined tweaks to the guitar tone begin leaking in to distort the senses.  It's a smooth slip from there into "Bleach Bitch", where the group again gets dirty with their instruments before closing with a crash.
Groove-laden and lots of fun, the band has landed some nice quick hits to announce their presence, and with a pay-what-you-want price for the ~10 minutes of music, there's no reason not to at least check it out.  The band has announced a cassette release (presumably with all three songs on both sides) and will be touring come the start of May, so stay tuned for further developments from Sugar Skulls & Marigolds as they continue building their castle of rock.
~ Gabriel