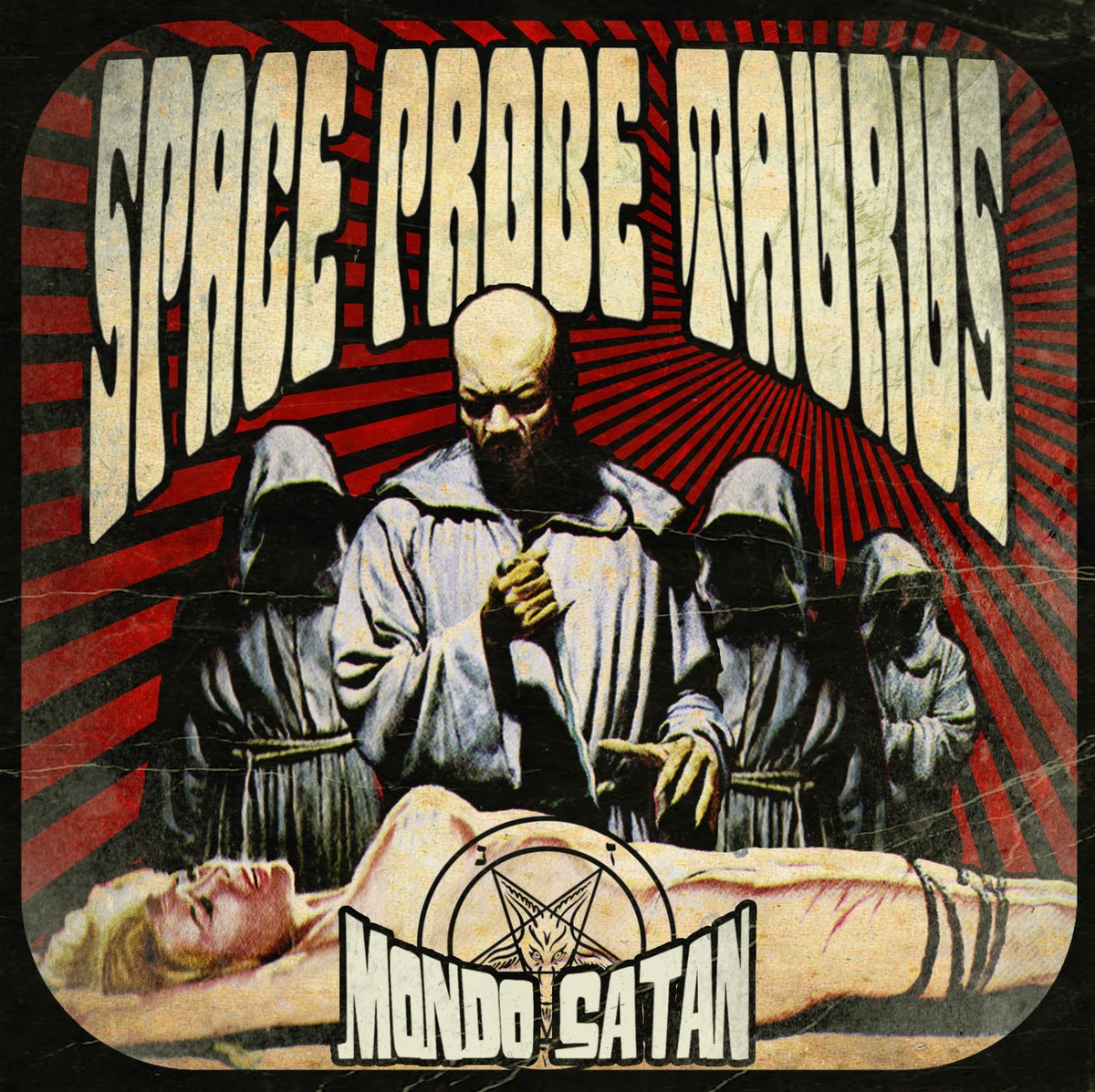 When it comes to rock music and the great land of Sweden, I've come to expect nothing but the very best, and they seem to never disappoint. Space Probe Taurus have been at it under a different name or two since way back in 1992, and stormed back on the scene this year with a follow up to their 2008 self-titled effort. Their new album "Mondo Satan" is a killer return to form, and should definitely grab some people's attention when it comes out April 28th. A hulking slab of acid soaked rock that's sure to get speakers smoking and heads banging. With being named after a 60's sci-fi flick, sounding like a continuous grind house soundtrack, and based on their album art, it's clear they dig everything awesome from that bygone era. Having listened to the entire record more than a few times now, I can confidently say there isn't a bad track, or even a mediocre track, on the whole thing. And if fuzz was a narcotic, you'd be dead after a listen, or maybe two for those of us with higher tolerances. As good as all the songs are, especially tracks like the opener "Scorpio Queen", and "Galaxy Travelin' Blues", the track "Spahn Ranch Motherfucker" is quite possibly my favorite song of the year, so far. With a high energy guitar and drum intro, it launches into a fast action acid rock song, with a riff so fuzzy you can almost feel the static electricity on it. There's no long instrumental passages, no artsy experimentation, just straight up rock and roll from the first second to the very last, as well it should be. After you get into the track a bit, towards the half way point, you're hit with howling guitar solos to go along with the shouted vocals that made their appearance not long after the intro. It goes out in a blaze of glory though, riding the main riff and chorus out to the end. Even if the official release is not until the 28th, it looks as though you can buy it directly from Ripple Music already. But if you're a fan of high octane rock, with a heavy dose of fuzz, don't miss this one. Whether you go out and snag a copy right now, or wait a while, just make sure you get it.
~Skip