Around the Block One More Time 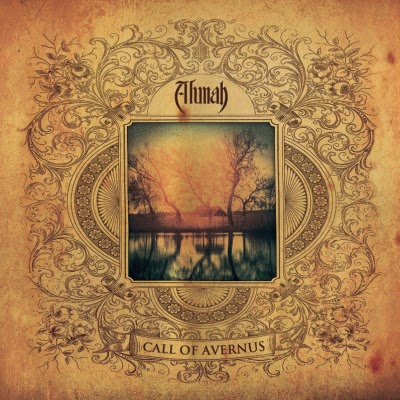 This one is for an older release, but sure to get the attention of all you vinyl lovers out there. Our friends over at HeviSike Records are releasing Alunah's 2010 debut LP "Call of Avernus" for the first time on vinyl. Having made such waves in the stoner and doom communities since the came on the scene back then, it only seems fitting that the album they started their journey with get the vinyl treatment with a mastering especially for the occasion from Tony Reed of Mos Generator. Just in case you're a little out of the loop, Alunah is a female fronted psychedelic doom metal band from the UK. With a lot Black Sabbath influence from the very start, the band manages to make it sound just a little doomier, and the female vocals lend a different quality to the music. Like a soft, haunting light in the darkness, guiding you to the end of the album. And even though the band may of gotten a little more refined and mature in their sound over the years, this debut is still as good as it ever was, with a stripped down and hard hitting riffs. They have incorporated a broader approach with just a touch more emphasis on the psychedelic aspect of their sound, with increasingly longer psych passages and slightly less edge than their earlier recordings since the release of this album. "Call of Avernus" is still leaning heavily towards the doom side of things though, like on the track "Dance of Dionysus". Even though it kicks off at a Motorhead type tempo, you have massive guitar riffs that drop in shortly after that and lead the way every time, with a foundation quaking bass line to just add a little more rumble, along with punchy, tight sounding drums. Rather than just being stuck in with the music, the vocals float on top of this one like an early morning mist, in true Alunah fashion. The folks over HeviSike have done it again with the packaging and look of these new records, with 100 being Die Hard editions on ultra clear vinyl and some cool goodies like a patch and guitar pick, or you can grab one of the olive green Limited Edition copies that they're making only 200 of. Whichever one (or both) that you pre-order, you'll walk away with a sexy looking wax copy of one of the best albums to come out in the last five years, and that's a win/win any day of the week.
~Skip