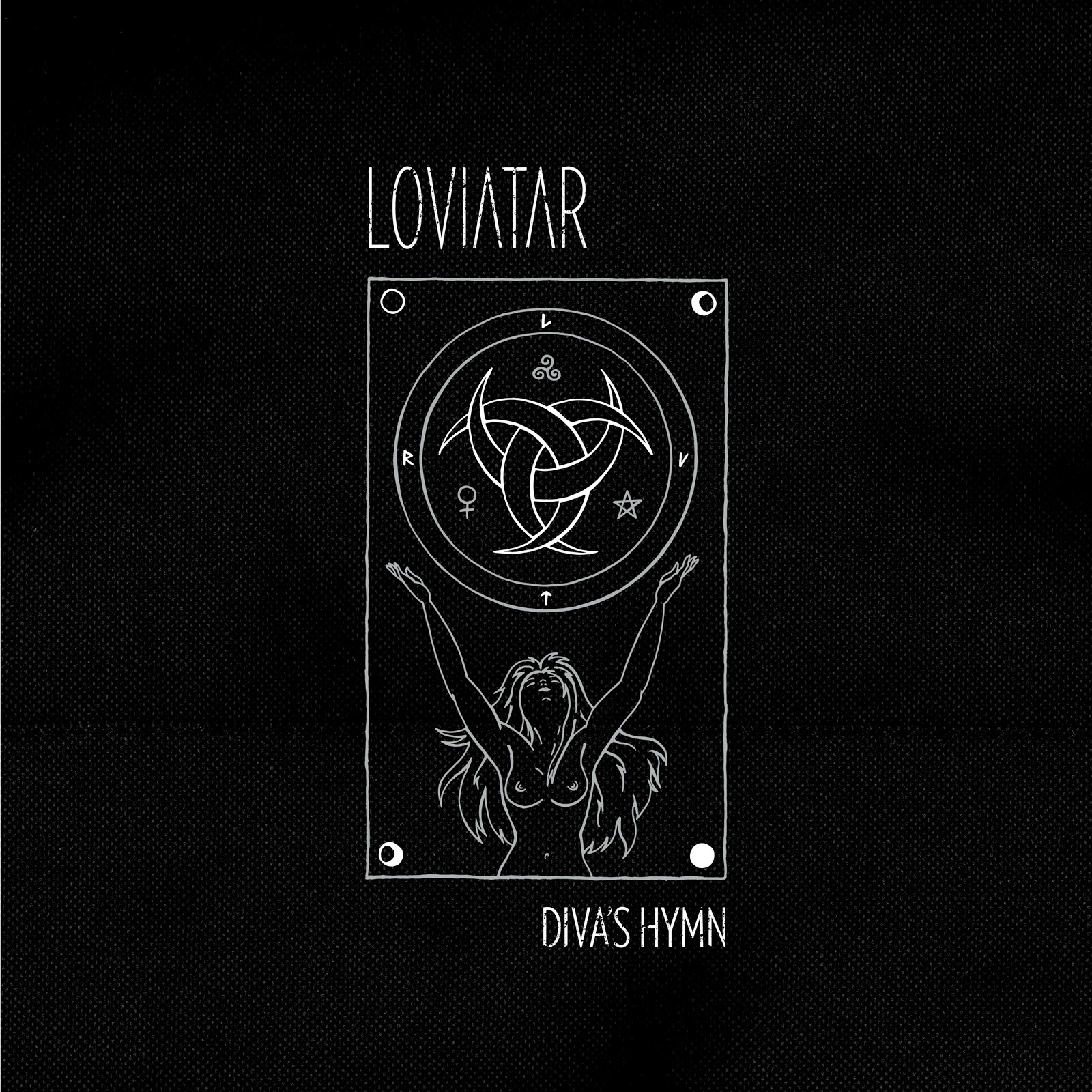 The fourth single in as many years for this Canadian post-doom band, Diva's Hymn shows Loviatar in full stride, blending uncommon rhythms with big swinging slabs of bass for an alternative take on heaviness.  The single opens up with "Diva Triformis", which obeys the edict of its name by consisting of three distinctive segments linked together by common elements.  From there, they launch into "Apostate (Hymn of the Heretic)", a more hard-driven pounder with further percussive concentrations.
The two tracks are effectively realized, but most of the aggression is concentrated towards the tail end of the pair, making for a big lead-up to a sting that may or may not satisfy, depending on your tastes.  The group is clearly ambitious with their song-writing, and the intricacies of the drumming make for a strong selling point, but the most enjoyable aspect of the single for me was in imagining how satisfyingly complex Loviatar will be by the time they decide to spin a full album out of their web of ideas.
~ Gabriel

For Fans Of;    Baroness, Kylesa, Between The Buried And Me, Sarin, Tool